This the first post from photographer and writer Pranav Lal and he shares the preparation for heading out to the shops during the Covid 19 lock down in May, with social distancing made more challenging when blind.

Our foray to the local market by Pranav Lal

To anyone in law enforcement, do not be mislead by the use of the word foray in the title; Sacheta and I did not go to plunder the stores but the amount of preparation we did was extensive and the whole project felt like a campaign. Yes, we stepped out of the house after 40 calendar days to do a little shopping and to go to the automatic teller machine. Sadly, not everyone accepts online payments.

The walk to the market was without incident. There were plenty of people on the road and as we got closer to the market, there were a fair number of vehicles. There was no public transport and cab services like Uber were not operating.

The first thing different was the queue to get into the shop. We had to stand 6 feet apart from one another. There were painted circles on the road. Sacheta and I were able to stand together but I spent several anxious minutes staring in front of me, watching for changes in the scene. My ears and the vOICe both gave me clues to the change. This was particularly useful as we got closer to the shop. The staff and customers were coming out and we had to almost hug the wall to avoid touching them. I could see the scene change so was ready to move aside.

Things got even more interesting as we reached the entrance. The guard had an infrared thermometer and he refused to let me go because of me having a higher temperature. The thermometer registered about 103 degrees Fahrenheit I explained that I was wearing a camera and moved the glasses such that the camera pointed to the sealing The temperature was then in an acceptable range I think it was around 97 degrees F and I was permitted to enter. Moral of the story, beware if you are wearing the glasses. You may want to move them away from your forehead when you know your temperature is going to be measured.

The rest of the trip past without anything worth recording.

I did not sense any change in people’s attitudes. Social distancing is just one more thing that people are taking in their stride. Yes, the whole experience is strange because no restaurants are open and offline shopping is incredibly tedious with long lines. Not more than 5 persons are permitted to be in a shop at one time.

Some of you may wonder why I did not take my cane. For one thing, I needed my hands free. Moreover, it would have been one more thing to sanitize. The glasses stayed on my person and did not come into any contact with anything or anyone. Finally, the cane would usually not answer the question what. The vOICe though not 100% accurate gives me enough information to determine if I am approaching a structure or a person. A cane would not do that unless it came in contact with the obstacle.

Pranav is blind and that makes him put his characters through tough and complex situations.  He imagines how one would think, process, evaluate, and take decisions, and see the effects of those playing out – the cycle of Karma and Dharma.  He also likes to read the New Scientist, Scientific American, Science Direct – magazines that focus on the shape of technology and its effects on humankind.  And this provides him the opportunity to explore different concepts, especially in science, with a common underlying theme – human psychology. 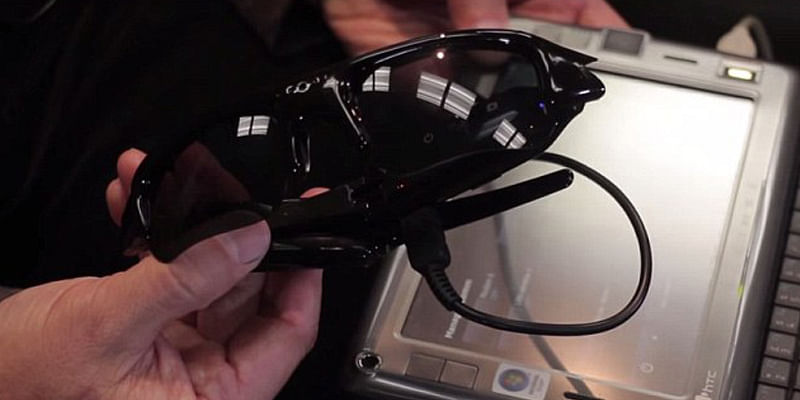 The components of the vOICe (Picture credit Caltech)
Pranav is an avid photographer – To share his sense of vision with others, Pranav started blogging (his blog is called Techesoterica.com). Around this time, he was introduced to what he calls his “artificial eye,” an augmented reality device called vOICe (OIC stands for ‘oh I see’). The brainchild of Dutch inventor Peter Meijer, vOICe is a vision technology that converts images to sound. Read more: Your Story – Pranav Lal

Pranav also writes non-fiction and has been  featured in print, news, and on other media platforms. He works in a multinational corporation. 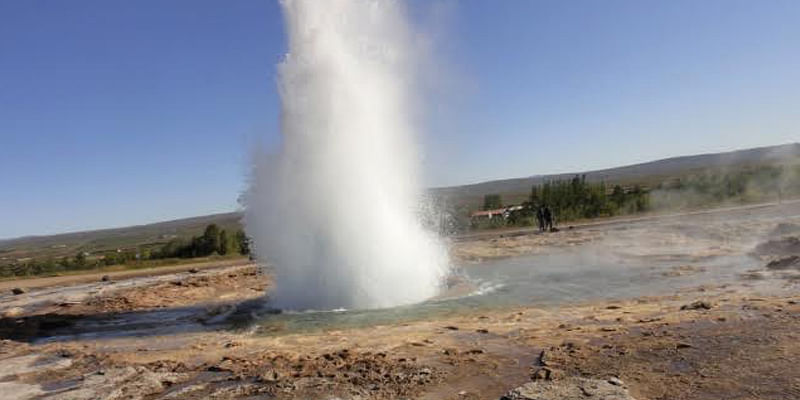 Image of a geyser erupting taken by Pranav while on a trip to Iceland.

Thank you for dropping by and Praanav would love to have your feedback . thanks Sally.