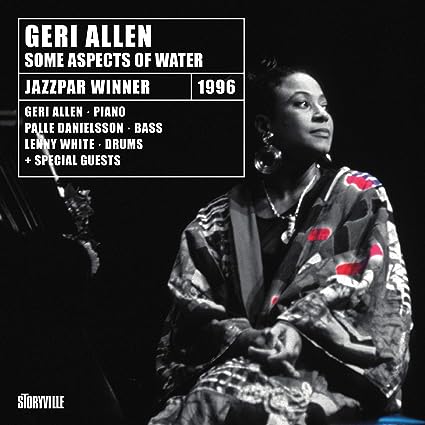 Geri Antoinette Allen (June 12, 1957 – June 27, 2017) was an American jazz pianist, composer, and recording artist. In addition to her career as a performer and bandleader, Allen was an associate professor of music and the director of the Jazz Studies Program at the University of Pittsburgh.

She started playing the piano at the age of 7, and settled on becoming a jazz pianist in her early teens. Allen graduated from Howard University’s jazz studies program in 1979. She then continued her studies: with pianist Kenny Barron in New York; and at the University of Pittsburgh, where she completed a master’s degree in ethnomusicology in 1982. After this, she returned to New York.

Allen became involved in the M-Base collective in New York. Her recording debut as a leader was in 1984, resulting in The Printmakers. This trio album, with bassist Anthony Cox and drummer Andrew Cyrille, also featured some of Allen’s compositions.

In 2006, Allen composed “For the Healing of the Nations”, a suite written in tribute to the victims and survivors of the September 11 attacks. She was awarded a Guggenheim Fellowship in 2008. She became director of the jazz studies program at the University of Pittsburgh in 2013.

Allen died on June 27, 2017, two weeks after her 60th birthday, in Philadelphia, Pennsylvania, after suffering from cancer. 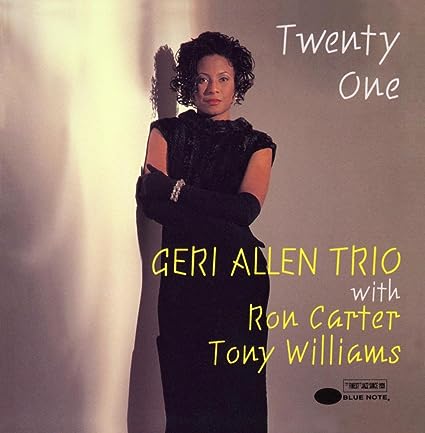 Time for some music from this talented Jazz Pianist.

“The Gathering” was recorded in 1998 and was Geri Allen’s first recording on the Verve label. According to Allen this album was inspired by her family – particularly her mother and grandmother, and celebrates their memories and heritage. Her compositional focus is reflective, introspective, and bittersweet and the harmonic spectrum of her voicings reflect Herbie Hancock’s influence on her. In spite of the compositional focus, Allen is masterful at the keyboard, with ‘Light Matter’ and ‘Daybreak and Dreams’ spotlighting her virtuosity. Overall, there is a haunting quality to her music, with punch, innovation and style, displaying all of her immense powers coming to light at the same time.

“The Life of a Song” was recorded by Geri Allen in 2004 and released on the Telarc label with Dave Holland on bass and Jack DeJohnnette on drums. This album, filled with honest emotions, offers a mixture of original compositions and standards. Allen’s technique allows her to express musically and artistically what she wants to convey to the listener with the sonorities, colors and chord voicings (used with complex simplicity) that make her work stand out. The musical conversation between her, Holland, and DeJohnnette is inventive, lively, nuanced, and engaging. This is a fabulous album and the music is quite accessible. The Penguin Guide to Jazz awarded her with a 4 star ovation.

“Timeless Portraits and Dreams” was recorded by Geri Allen in 2006 on the Telarc label with veterans Ron Carter on the bass and Jimmy Cobb on drums, delivering a myriad of musical elegance. This album delves not only into jazz but also spirituals and other sacred works in the context of African-American history, as well as original compositions. The album opens with two compositions by Allen, ‘Oh Freedom,’ and ‘Melchizedek,’ which puts both Allen and Carter in the solo spotlight alongside the Atlanta Jazz Chorus offering wordless vocals. Also appearing on the album are singer Carmen Lundy (Atlanta Jazz Chorus), Donald Walden on tenor sax, George Shirley (the first African-American tenor to sing at the Metropolitan Opera) in a tribute to Dr. Martin Luther King, Jr., and trumpeter Wallace Roney (Allen’s husband). Throughout the album Allen’s virtuosity at the piano, Carter’s sustaining bass, and Cobb’s subtle but effective drum work keep the listener engaged while the guest artists supplement the trio with outstanding results.

“Flying Toward the Sound” released in 2010 on the Motéma label, is a major piano work by Geri Allen paying tribute to piano giants Cecil Taylor, McCoy Tyler, and Herbie Hancock who had a profound impact on her music. The eight-part suite that comprises most of the album was inspired by them and is filled with recognizable elements of each pianist, underscored by her own unique, vulnerable, eloquent, and poetically articulated style. For Cecil Taylor, Allen spotlights the blues with swing-based improvisations on “Dancing Mystic Poets at Midnight” her massive chord rumblings and lush ballad playing reflects the eloquence of McCoy Tyner; and in an orchestral soundscape setting she merges funky rhythms and right hand rapid-fire runs, inspired by Herbie Hancock, in the piece “Red Velvet in Winter”. This album is both daring and breath-taking.