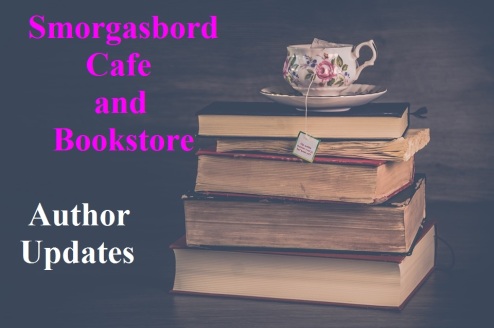 Welcome to the Monday edition of the Cafe and Bookstore with recent reviews for authors on the shelves.

The first book to receive a recent review is the memoir by Brigid P. Gallagher that shares her experiences and also strategies to overcome chronic illness in Watching for the Daisies.

Millions of people around the world suffer from fibromyalgia; the majority of them are women. As yet, there is no cure.

In this memoir, Brigid P. Gallagher shares her experiences on:

Drawing on her knowledge and experience as a Natural Medicines therapist, she seeks out therapies to aid her healing and integrates a variety of self help techniques and lifestyle changes. She also unearths a love of solo travel including Egypt, India, Rome, Lourdes, Carcassonne and Bali…

Brigid learns many insights about LIFE on her journey, the most valuable being: “First learn to love thyself.”

In 2006, she began a new career in Organic Horticulture eventually teaching part time in schools. Although she has now retired from teaching, she continues to pursue her lifelong passion for gardening and watching the daisies.

Sep 18, 2020 Ronald Mackay rated it Five Star it was amazing

Watching the Daisies is a very personal account of how the author, Brigid Gallagher, brings herself, her work and all the rest of her busy life under control to the point where she is able to more fully appreciate the day and the hour – the ‘now’ of her existence.

Her elegant, straight-forward prose carries the reader through a mostly happy existence from her early life in rural Scotland to her varied professional work in Edinburgh and eventually to her more restful and more centred life in the Ireland that her mother and father left seeking opportunities in Scotland.

Readers who are unfamiliar, as I was, with the less traditional (at least for the British Isles and Ireland) approaches to spiritual and physical well-being will find much to gain from Watching the Daisies. Brigid not only explores many of them but becomes a practising professional with a flair for leadership, innovation and success.

Although plagued by a chronic and sometimes debilitating illness, this is a happy book written by a happy person who at all times is able to take as much or more control of her life than many of us in order to come to a most satisfactory peace with herself.

As inspiring as the story Brigid Gallagher has to tell are the life lessons that she draws from each chapter of her life. Any reader will benefit greatly from reading this busy yet peaceful, analytic yet satisfyingly holistic memoir.

Read the reviews and buy the book: Amazon UK –  and:  Amazon US 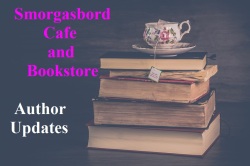 The next author with a recent review is Richard Dee for his latest book The Hitman and the Thief. 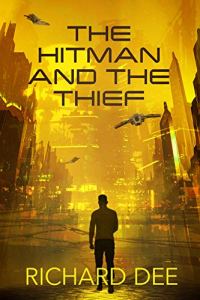 Assassination can be a messy business, especially if you’re having a bad day.

Fliss has a rival, Kalindra Dallin. She runs a particularly unpleasant planet. Dan is told to arrange her demise. It’s just another job; until a random event means that it all goes horribly wrong.

To save his skin, Dan is forced to try again, only this time he has to work with a partner. He doesn’t want to but it’s the only chance he’s going to get; if he wants to put things right.

Can the hitman and the thief get the job done, more importantly, can they keep each other alive?

Lecari  4.0 out of 5 stars A well-written, fast-paced sci-fi thriller with great characters  Reviewed in the United Kingdom on 3 September 2020

In The Hitman and The Thief, Dan Jones is a ‘problem solver’ for his boss, Fliss, on the planet Gallix. He is sent to remove her rival, Kalindra — but the job all goes wrong when he (literally) bumps into Lydia, a thief. He and Lydia manage to escape capture. But, to redeem himself, Fliss orders him to try again, with Lydia as a partner. They must work together to remove Kalindra, once and for all.

Right from the very start, you are thrown straight into the action! From there, The Hitman and The Thief is a fast-paced sci-fi story which sucked me in immediately.

The main character, Dan Jones, is a bit of an anti-hero. He works as an assassin for the local crime lord, Fliss, solving problems where needed. He is currently seeing her right-hand woman, Hesta, who is young, smart and beautiful. We learn about his childhood and time in the military, which gives an insight into how he ended up in his current line of work. He is a very likeable character — he is smart and loyal.

There are lots of strong female characters throughout the book, which I really liked! As well as Fliss and Hesta, who we learn a bit about at the start of the book, the other main character is Lydia, the thief. At first she travels under lock and key, but over time they begin to trust each other and she becomes his friend. Lydia is very smart and fiesty — and again, despite her profession, I liked her as a character too.

The story has an interesting premise and some great world-building which kept me engaged throughout. I found the planet of Fallop very interesting. It’s described as “resource-poor, relying on cheap labour and unhealthy practices to process the raw materials and wastes that no one else would touch. It made her money, wrecked a lot of lives and the inhabitants on Fallop were treated slightly worse than animals.” As Lydia points out, other planets allowed this to happen for a reason, despite the cruelty — they enjoy the benefits and don’t want to have to deal with the factories themselves. Lydia and Dan’s discussion about the planet was interesting and something often reflected in our present day.

The Hitman and The Thief is a well-written sci-fi thriller with a fast-paced storyline. It has some interesting world-building, and I really enjoyed its female-centric cast. It was a great read that I absorbed within a couple of hours!

A small selection of other books by Richard Dee

The final author today is Diana J. Febry with a recent review for Trouble at Fatting House

A stand-alone Chapman and Morris Mystery.

Simon and Kate land the perfect house-sitting job in a quirky, old farmhouse.
But, when the neighbours are murdered, they discover the house has a sinister past connected to an identical killing. Following another attack, Simon disappears, and the police uncover disturbing secrets about his past.

Compelling evidence against Simon mounts, leaving Kate alone, unsure what to believe or who to trust. Is Simon the killer? Or a pawn in somebody else’s game?

As Kate closes in on the truth, she realises too late that the stakes are far higher than she ever imagined

Sep 27, 2020 Audrey Driscoll rated it really liked it –Recommends it for: Anyone who likes cozy mysteries.

This second book in the Chapman and Morris Mysteries series dives right into the action with distrust between Kate and Simon, the two main characters, followed quickly by a double murder. As house-sitters, the pair must attend to the care and feeding of a number of animals. Kate is at first largely concerned with those responsibilities, while Simon indulges his curiosity about long-held enmities in the neighbourhood and rumours of buried treasure.

Once the murders have been discovered, the action shifts into high gear, with Kate and Simon dealing with different issues that lead to miscommunication and errors that invite disaster. I have to admit I was only partially right about the identity of the murderer, but that was okay. The author furnishes enough details and supporting characters to give readers material from which to create their own red herrings. Each chapter begins with a cryptic statement by… someone, furnishing more details for the reader to think about.

The point of view is largely Simon’s but shifts at times to that of the detective leading the investigation and also to Kate. The transitions are handled well and don’t cause confusion, although I assumed at first this was Simon’s book, as it were, and was a bit surprised to see things as the professionals did. Given Simon’s ambition to be a private investigator, this provided an extra dimension to the story.

The relationship between Simon and Kate is tested as the murder investigation unfolds and complications arise. Simon’s dogs, Albert and Alfred, have a bigger role here than in the first book. Some issues remain unresolved at the end, which suggests there may be a third Chapman and Morris book in the future. Altogether, I found this textured and twisty mystery to be a satisfying read and an entertaining diversion.

A selection of other books by Diana Febry

Thanks for dropping in today and I hope you will be leaving with some books thanks Sally.