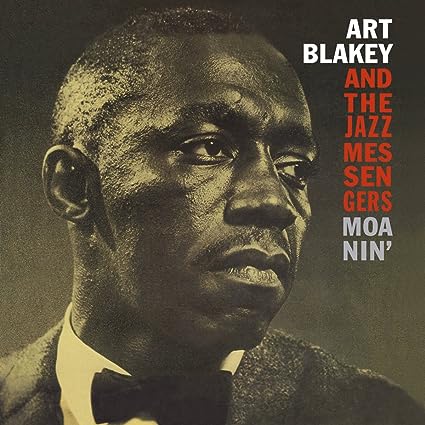 Arthur Blakey (October 11, 1919 – October 16, 1990) was an American jazz drummer and bandleader. He was briefly known as Abdullah Ibn Buhaina after he converted to Islam for a short time in the late 1940s.

Blakey made a name for himself in the 1940s in the big bands of Fletcher Henderson and Billy Eckstine. He then worked with bebop musicians Thelonious Monk, Charlie Parker, and Dizzy Gillespie. In the mid-1950s, Horace Silver and Blakey formed the Jazz Messengers, a group that the drummer was associated with for the next 35 years. The group was formed as a collective of contemporaries, but over the years the band became known as an incubator for young talent, including Freddie Hubbard, Wayne Shorter, Lee Morgan, Benny Golson, Kenny Dorham, Hank Mobley, Donald Byrd, Jackie McLean, Johnny Griffin, Curtis Fuller, Chuck Mangione, Chick Corea, Keith Jarrett, Cedar Walton, Woody Shaw, Terence Blanchard, and Wynton Marsalis. The Biographical Encyclopedia of Jazz calls the Jazz Messengers “the archetypal hard bop group of the late 50s”.

Time to hear some of Art Blakey’s music

“Moanin’”, penned by Bobby Timmons, was recorded in1958 at the Van Gelder Studio in Hackensack, N.J. for the Blue Note label and released in 1959 with Art Blakey on drums, Lee Morgan on trumpet, Benny Golson on tenor saxophone, Bobby Timmons on piano, and Jymie Merritt on bass. The title track is indicative of the soul jazz style of the late ‘50s and early ‘60s. The album as a whole offers the listener the musicianship of refined jazz with its roots in the soul of the blues. The song, Moanin’, makes use of the call-and-response technique between the keyboards and the horns with a rhythmically driving bass line and a star performance by Lee Morgan on trumpet, which has become one of the greatest solos in trumpet history.

“Mosiac” was released on the Blue Note Records label in 1961 with heavyweights Wayne Shorter, Freddie Hubbard, Curtis Fuller, Cedar Walton, Jymie Merritt and, of course, Art Blakey. All of the tracks were written by members of the band and were imaginatively composed, lending each piece to masterful soloing. Blakey leads the ensemble throughout this joyful record and keeps it well anchored – rhythm is everything. This was the Jazz Messengers’ first recording as a sextet and the music, true to the spirit of hard bop, is engaging, elegant, challenging, and uplifting.

“Caravan”, written by Duke Ellington and Juan Tizol, was first performed by Ellington in 1936. Art Blakey recorded his version of this jazz standard in 1962 featuring stellar artists such as Wayne Shorter, Reggie Workman, and Freddie Hubbard in a style which is slick and refined. Blakey pushes the rhythm section forward with his light touch, always careful not to overwhelm the other musicians while at the same time challenging them in a fluent set of tight, creative, and exciting improvisations. This is hard bop at its best.