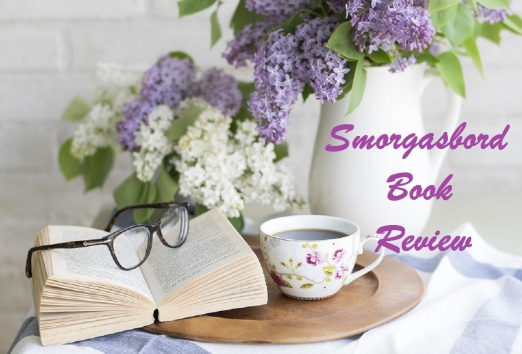 Welcome to the series where I will be sharing a selection of book reviews I have posted in the last few years. I would like to take the opportunity to showcase books that I have enjoyed and their authors and if you have not read the books, I hope it will encourage you to check them out.

My first review today is from 2019 and is Silent Heroes by Patricia Furstenberg set in Afghanistan were families, troops serving their country and service dogs, face daily dangers. 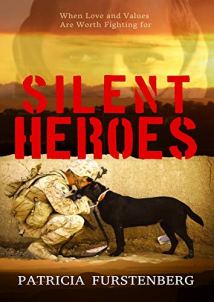 When Talibans descends in the village of Nauzad and discover girls can read, a woman accepts the blame and is killed on the spot for breaking the Islam law. Her teenage daughter witnesses the sacrifice and swears revenge, her life and that of her brother becoming intertwined with those of the US Marines serving at FOB Day nearby. But the Taliban is infiltrated everywhere and friends or foes are hard to differentiate.

The U.S. Marines fight with bravery to protect the civilians of Nauzad and to fend off the Taliban at Qala-e-Bost, thus protecting Bost Airport, a vital strategic point for the allies. Faced with questions about the necessity of the war, with the trauma of losing their platoon-mates and the emotional scars of battle, the US Marines race against time in one last battle of eradicating the Taliban before it is too late.

My review for the book – Life in a war torn country.

As much as this novel is about Afghanistan and the centuries old conflicts in the region, it is about the people.  The local villagers who face the day to day challenge to grow food when all the arable land is taken by the Taliban to grow the lucrative poppy. The constant fear that armed men will descend on your community and kill indiscriminately to enforce a barbaric regime that devastates families. And the terror of IEDs that are constantly being laid across land next to your homes that murder and maim young and old alike.

One family in particular witnesses the cruelty of this enforced existence, when their mother is murdered, and a young boy and teenage girl find their lives entwined with the soldiers whose remit is to protect the villagers and to fight and remove the threats from the Taliban.

Enter another family formed by the men and their highly trained dogs at Forward Operating Base (FOB) Day. Under the leadership of the enigmatic Captain Marcos, these men and their canine companions sweep the ground around the villages to remove the IEDs repeatedly planted by the insurgents. They also undertake operations within their territory to find and attack the bands of rebels threatening both the villagers and the occupying forces.

The author does a very good job in engaging us with the cast of this tragedy that has been playing out for hundreds of years, and introduces us to the key elements of the history of the region that brings us to the present day conflict. Tribal dynamics, religious intolerance and foreign intervention all have their part to play. But at the end of the day it is those who have little say in the matter who are affected the most.

There is danger, loss and great courage shown by the young men within the unit at FOB Day and those who come to their aid, such as combat medics. We end up with a better understanding of the role of the dogs who loyally face the risks of bomb clearance daily because of their love of their handlers. We also gain an appreciation of the impact of this role on both dog and man as they are wounded physically and mentally.

We also witness the stoic tenacity of the local people to carry on with their daily lives, the courage and determination of two young people to try to bring justice and retribution to those who have devastated their family, and the sacrifice that is made by men and women who reject the tyranny.

War and its tragedy is not light reading, but Patricia Furstenberg does offer some moments that show how even when oppressed, people will find a way to create a garden of beauty and sustenance, and that the spirit of defiance and courage will find a way to flourish.

I recommend that if you are unfamiliar with why and how the young men and women of our armies are involved in this conflict, that you read Silent Heroes. It is a way to honour their service, that of their canine brothers-in-arms, and the bravery of the Afghanistan population, trying to exist in a country torn apart by devastating conflict.

Another book of Tony Riches that I enjoyed this time from 2018 was Mary: Tudor Princess  the story of the daughter of Henry VII and sister to the newly crowned King Henry VIII.

From the author of the international best-selling Tudor Trilogy, the true story of the Tudor dynasty continues with the daughter of King Henry VII, sister to King Henry VIII. Mary Tudor watches her elder brother become King of England and wonders what the future holds for her.

Born into great privilege, Mary has beauty and intelligence beyond her years and is the most marriageable princess in Europe. Henry plans to use her marriage to build a powerful alliance against his enemies. Will she dare risk his anger by marrying for love?

Meticulously researched and based on actual events, this ‘sequel’ follows Mary’s story from book three of the Tudor Trilogy and is set during the reign of King Henry VIII.

My review of the the book.

This book opens in 1509 as the 13 year old Princess Mary witnesses the coronation of her  brother King Henry VIII, who is himself just five years older. Despite his youth, Henry has an expansive and expensive plan to extend his realm, which includes marrying his older brother Arthur’s widow Catherine of Aragon; then 23 years old.

The young Princess Mary is drawn into a diplomatic web of intrigue and alliances; a pawn for barter to the highest bidder. The stakes are enormous and King Henry and his advisors move the pieces around the chess board to achieve the most effective outcome. This includes a strategic betrothal, and finally a marriage for Mary, who finds herself at a distant court, in the middle of a completely different intrigue.

This is not a dry dusty history book with dates and statistics. It is a story of a young girl and events that are beyond her control for most of her life. However, it is clear when you first meet her at 13, that she is very well educated, determined and also brave. She faces the decisions made by others with stoicism in public and it is only when alone do you see the vulnerable and frightened child that she still is. She loves and supports her brother Henry, despite his mercurial nature and treatment of his wife Catherine who she considers a sister. Even knowing his swift retribution for those closest to him that fall from favour, Mary still has the courage to go against his will, fighting to be with the man she loves and her happiness.

We follow the various key events of her life, through her thoughts and words that Tony Riches has created. Sharing the fears, love, despair, grief and triumphs of this young woman, mother and queen in her own right. I would have liked to have met her; I think she was a remarkable woman in her own quiet and determined way.

The other characters are just as well portrayed. We get to witness the behaviour of the young Henry VIII, who did not expect to become king, and is therefore completely unprepared for his new role. His early reign is a hedonistic mission to spend his inherited finances; surrounded by sycophants who are only too happy to encourage him. Behind the scenes ambitious statesman make deals that will further England’s position in Europe, and their own, irrespective of the impact on the young men and women involved.

Meanwhile Queen Catherine is having child after child in a desperate race against time to provide a male heir who lives beyond childhood. Her already tenuous hold on the crown is at stake as Henry pursues other opportunities.

Do not expect flowery language of the age, but plain English and a clear and descriptive narrative. I enjoyed finding out more about this rarely seen princess who played an important role in the history of the Tudors and also England’s future in Europe. I recommend this book and also the rest of the Tudor Series.

Buy the Mary: Tudor Princess: Amazon UK – And: Amazon US

A selection of other books by Tony Riches

Thank you for dropping in today and I hope you have enjoyed the reviews of these two wonderful books… thanks Sally.