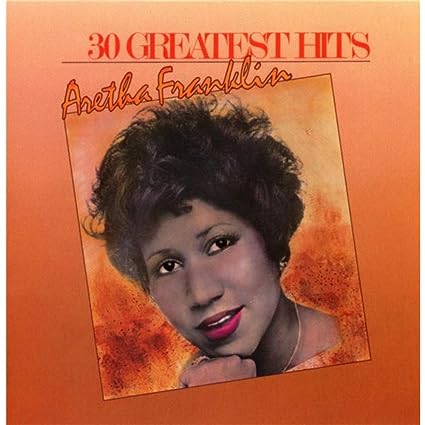 Franklin’s success expanded during the early 1970s in which she recorded top ten singles such as “Spanish Harlem”, “Rock Steady” and “Day Dreaming” as well as the acclaimed albums, “Spirit in the Dark”, “Young, Gifted & Black” and her gospel album “Amazing Grace,” which sold over two million copies.

“I Say a Little Prayer,” written by Burt Bacharach and Hal David for Dionne Warwick in 1966, returned to the Pop & R&B Top Ten in the fall of 1968 via Aretha Franklin, taken from her 1968 album “Aretha Now.” Franklin and background vocalists “The Sweet Inspirations” were singing the song for fun while rehearsing the songs intended for the album when the viability of their recording “I Say a Little Prayer” became apparent, significantly re-invented from the format of the Dionne Warwick original via the prominence of Clayton Ivey’s piano work.

Similar to the history of Warwick’s double-sided hit, the Aretha Franklin version was intended the B-side of the July 1968 single release “The House that Jack Built” but began to accrue its own airplay that August. In October 1968 “I Say a Little Prayer” reached number ten and number three on the R&B singles chart. The same month the single was certified Gold by the RIAA. “Prayer” became Franklin’s ninth and last consecutive Hot 100 top 10 hit on the Atlantic label. Franklin’s “Prayer” has a special significance in her UK career, as with its September 1968 No. 4 peak it became Franklin’s biggest UK hit; subsequently Franklin has surpassed that track’s UK peak only with her No. 1 collaboration with George Michael, “I Knew You Were Waiting (For Me)”.

“Think” was released as single in 1968, from her “Aretha Now” album. The song, a feminist anthem, reached No. 7 on Billboard Hot 100, becoming Franklin’s seventh top 10 hit in the United States. The song also reached #1 on the magazine’s Hot Rhythm & Blues Singles, becoming her sixth single to top the chart. The song was written by Aretha and then husband Ted White. Franklin re-recorded the song in 1989 for the album “Through the Storm.” Pitchfork Media placed it at number 15 on its list of “The 200 Greatest Songs of the 1960s”.

“Spanish Harlem” – Aretha Franklin released a cover version of this song in 1971 that outperformed the original on the charts, charting #1 R&B for three weeks and #2 Pop for two weeks. Franklin’s version earned her a gold single” Purdie for sales of over one million. Dr. John played keyboards on Franklin’s version with Bernard “Pretty” Purdie on drums, and Chuck Rainey on bass. This version peaked at #6 on Billboard’s Easy Listening chart. Franklin also changed the lyrics slightly, from “A red rose up in Spanish Harlem” to “There’s a rose in Black ‘n Spanish Harlem. A rose in Black ‘n Spanish Harlem.” Written by Jerry Leiber and Phil Spector, “Spanish Harlem” was originally released by Ben E. King in 1960.

“Rock Steady,” released in 1971, from the album “Young, Gifted and Black” was written by Aretha Franklin. The single reached the #9 spot on the Billboard Hot 100 chart that same year. It also peaked at #2 on the Best Selling Soul Singles chart and is cited as one of the first disco songs. The B-side, “Oh Me Oh My (I’m a Fool for You Baby)” peaked at #73 on the Billboard Hot 100 and #9 on the Best Selling Soul Singles chart.

Music critic Matthew Greenwald wrote: “Rock Steady is one of her few self-penned hits, and was also a very timely song indeed. Built on a sturdy, funk/R&B-driven base, the melody and bass lines have more than a hint of gospel to them. A wonderful dance record, it came at the dawn of the 1970s and perfectly bridged the gap between Memphis R&B and was what soon to become known as disco music. The lyrics are unashamedly sensual, with fabulous and effective references to driving, among other things, which mirror a sexual experience.”

“Bridge Over Troubled Water,” composed by singer-songwriter Paul Simon, carries the influence of gospel music and was the biggest single ever released by Simon and Garfunkel. Apparently Paul Simon wrote the song quite rapidly. When the song was finished, Simon asked himself, “Where did that come from? It doesn’t seem like me.” Indeed, the song sounds more like a traditional gospel tune than Paul Simon’s usual compositions and it was quite natural that Aretha Franklin would one day record this song.

Franklin’s gospel-inspired cover version of “Bridge Over Troubled Water,” released in March 1971, reached number one on the US R&B chart and number six on the pop chart. The single was certified gold by the RIAA selling two million copies and later won the Grammy Award for Best Female R&B Vocal Performance in 1972. Her version was included in “Greatest Moments, Volume III: Various Artists.” Franklin debuted her version of this song at the 1971 Grammy Awards and it was also recorded on her 1971 album “Aretha Live at Fillmore West.”

Here you will find a really powerful rendition of this song. Backed by a girl-group gospel chorus, Aretha belts out the song in a slow, powerful cadence, backing it up with an impressive performance on piano. A lovely organ part accentuates the gospel feeling.

“To Be Young Gifted And Black” is a song written by Nina Simone with lyrics by Weldon Irvine. It was written in memory of Simone’s late friend Lorraine Hansberry, author of the play “A Raisin in the Sun,” who had died in 1965 aged 34, and was a Civil Rights Movement anthem. Released as a single, it peaked at #8 on the R&B chart and #76 on the Hot 100. Franklin remodels Nina Simone’s “Young, Gifted and Black” as a gospel anthem. It is arguably its most potent recorded version.

We hope you have enjoyed the third part of the Aretha Franklin story and will tune in for the final episode next week.