I know that most of us will be spending a very different Christmas day to other years, and it is likely that you will not be able to see your family and close friends in person. That alone will ensure that 2020 remains in our thoughts and our memories for a long time.

Today we do at least have the technology to speak to and see those we love, and it whilst does not compare with the hugs and sense of belonging we would normally experience at this time of year, we do get to see their faces and smiles.

Hopefully by next Christmas, the vaccine and the precautions we have taken this year will enable us to embrace the season as we would wish to.

A favourite carol of mine as a child was  “We Three Kings” original title “Three Kings of Orient”, also known as “We Three Kings of Orient Are” or “The Quest of the Magi”, is a Christmas carol that was written by John Henry Hopkins Jr. in 1857. At the time of composing the carol, Hopkins served as the rector of Christ Episcopal Church in Williamsport, Pennsylvania, and he wrote the carol for a Christmas pageant in New York City.

The Twelfth Day of Christmas

Day 12 (5th January also known as Epiphany Eve): It is a celebration of the life and works of St. John Neumann (1811-1860). He was born in Bohemia but emigrated to the US and became a Catholic priest and later Bishop of Philadelphia. He was the first American bishop to be canonized due to his devotion and also for founding the first Catholic diocesan school system in the United States. 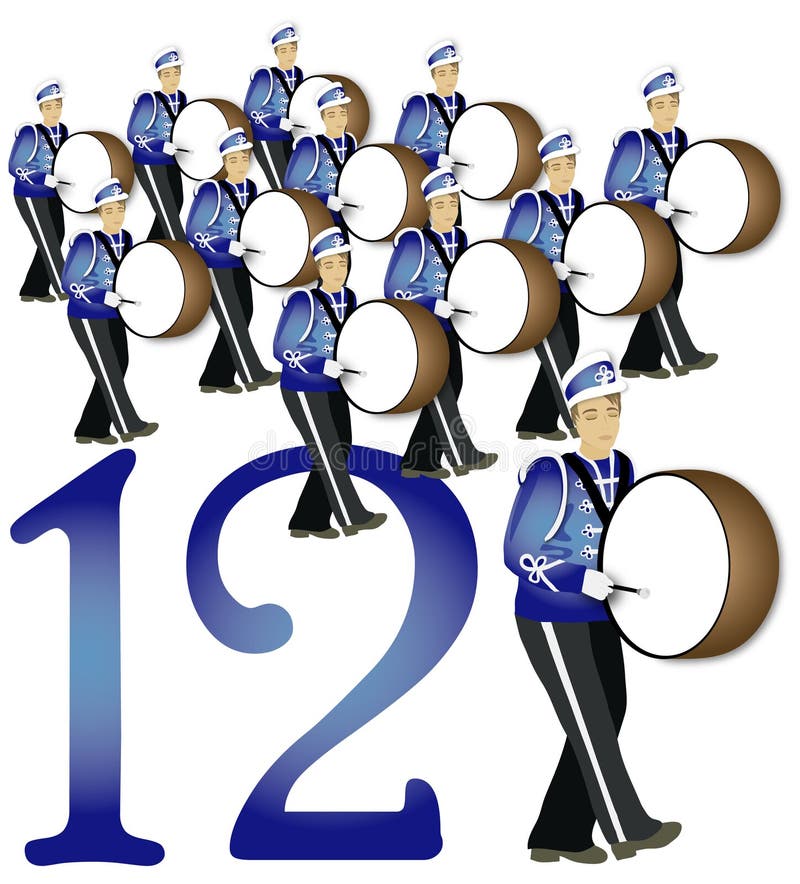 Twelve drummers drumming and all the rest of the verses that have gone before with both their alleged coded and spiritual meaning and the more modern acceptance of this cumulative song probably of French origin. There are many different versions that are sung around the world with local and national gifts replacing the originals. The spirit of the song however is still maintained from the Faroe Islands to Australia as children get excited about the upcoming holiday season.

In many countries Twelfth night is a huge celebration with parties to celebrate not just the Christmas season but also the official end of winter which began on October 31st on All Hallows Eve or Halloween. This practice goes all the way back to the Romans and their celebration of Saturnalia and different cultures celebrate in various ways. This would be the day that the Christmas cake would be eaten, or roles reversed between master and servant or King and Queen of the night with licence to behave disreputably!!

Having lived in Spain for 17 years we celebrated Christmas with our friends and also their festival on the 6th of January of Dia de Los Reyes. It is almost as important as Christmas itself in Spain, especially for children who have waited twelve days before getting their presents, although I suspect there are still plenty opened on Christmas Day. However the party starts on the 5th with parades in all the towns and villages with Three Kings leading the crowd and throwing sweets to the children.

The Spanish version of the Christmas cake is a Roscón, a sweet, donut-shaped bread covered in glacier cherries and sugar. A plastic toy rather than a sixpence is buried inside the mixture, so dentists do quite well in the days following! Although for those whose teeth remain intact they will get good luck for the remainder of the year!

I am sure that if you have pets there will be a lot of fun and shenanigans..

Here is the classic Slade Christmas song.. you might like to get up and dance to it after dinner to work off the pudding……