Welcome to the Cafe and Bookstore update with new releases and reviews for authors on the shelves.

The first author today Sandra J. Jackson has a new release Dancing In The Wind: Journey To Freedom.

April and her family have returned to the place where her nightmare began. It’s bad enough that she feels trapped by a building, a virus, and the upcoming winter, but the indistinguishable whispers in her head hold her captive as well.

For April, remembering is reliving the events in her life every day – good and bad. When she discovers that the voice in her head is Cecil’s, she turns to her parents for a solution. Somehow, he implanted secrets deep in her subconscious. April suspects they are clues to solving the virus he created.

But someone else knows about the secrets trapped in April’s head, and they have a plan of their own. Will April’s parents get to the information, or will someone from April’s past get there first? And can April learn to cope with these memories, or will they drive her crazy? 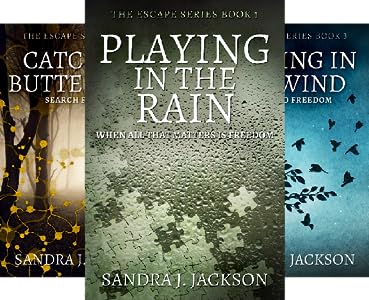 Also available in the series as a box set: Amazon US – And: Amazon UK

One of the recent reviews for Playing in the Rain

C. Morgan 5.0 out of 5 stars An Inescapably Claustrophobic, Diabolically Mind-spinning Ride!  Reviewed in the United States on October 4, 2020

Lead character, A2, is in a facility called C.E.C.I.L: the Contagion Eradication Center for Intelligent Life. There is a man named Jasper there, who provides and controls everything, including the drugs she is being pumped full of, because ….because….she doesn’t know why. Danger and mystery meld with confusion and hazy memories of a life she only barely recalls. A2 meets B2, and they discover they were sisters, before….before whatever happened that brought them here….whereever they are, though neither know why.

Jackson’s first book in the Escape Series, Playing in the Rain: When All That Matters is Freedom pulls you right into the story from page one, slowly yet inexorably, leaving you as dazed and confused as A2. Page after deliciously-mystifying page, you follow A2 and B2 as their situation goes from bad to worse, yet gets better and better. If you love immersing yourself into a story body and soul, where you can end up exhausted from the remarkable confusion the author maintains chapter after chapter, dragging you and her characters along an unforseen path to an undisclosed conclusion while spinning in a web of intrigue that will leave everyone ensnared and gasping for breath, then prepare yourself. This one will not disappoint you.

It will not give up its secrets quickly or easily, either. Settle in and prepare for the inescapably claustrophobic, diabolically mind-spinning ride of your life!

The first book today with a recent review is  Guns of Perdition – The Armageddon Showdown Book 1 by Jessica Bakkers. I reviewed the book and this fast paced supernatural thriller with all guns blazing would make a great gift. 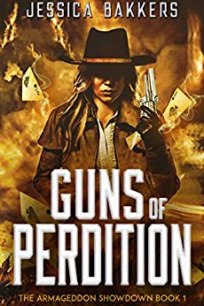 I’m not a Western fan at heart, but this went far beyond my expectations. Bring six main characters together, each different in everyway, each one haunted by painful memories, Each guitly of their own seven deadly sin, yet completely unaware. Each one of them justifying their actions for revenge, lust, greed, and love.

I’m familiar with Revelations in the Bible, and this take on that book enticed my curiousity. Though I’m aware that it’s work of fiction, I couldn’t help but ask, “What if?”

There were more than ‘two scoops of action’ in this book, so my adrenaline junkie was satiated. There were plenty of well orchestrated plot twists, too. Not a dull moment hiding behind any page.

I must add that I enjoyed Grace’s dialogue. Her idioms and slang flowed smoothly and I chuckled more than a few times. That’s no easy feat, without getting repetitive. Well done, Jessica!

If you’re into gunfights, thrilling scenes, ‘end-of-days’ cliff hangers, spiritual battles . . . this is your book! FIVE STARS from me! 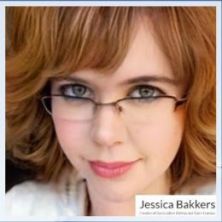 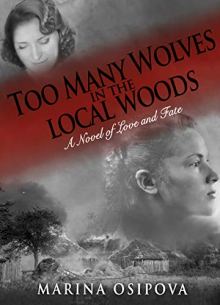 The end of the 1930s. The specter of twisted paranoia of Stalin’s unrelenting dictatorship continues to tighten over the Soviet Union. NKVD, the country’s secret police, coerces University graduate Ursula Kriegshammer, a Soviet Volga German with special skills, into serving this regime.

Natasha Ivanova, a worker at a metal plant in Vitebsk, a city at the western border of the

When in 1941 the German Army invades Byelorussia, both women seem to be helping the cause to fight the ruthless occupiers. But when their paths cross, tragedy strikes and one must carry the burden of guilt. Will she ever find peace with herself and the way out of the trap fate prepared for her?

Years later, the daughter of one of them launches on a quest to uncover the heroic nature of her mother’s role in WWII, only to discover a heart-shattering revelation of her own parentage.

A truly gripping historical fiction which takes place in Stalinist Russia during World War II . Danger is lurking everywhere. People are disappearing without a trace. Trust doesn’t exist during this time period . What I found to be quite disturbing is the journey of two women living in two different cities and the choices and decisions they are faced with. In time their paths will cross, not in a good way but in an unnerving way. The author did an amazing job painting a picture of what it was like to live in these horrifying times. A must read!!!

Other books by Marina Osipova

Read the reviews and buy the books: Amazon US – And on: Amazon UK –  follow Marina : Goodreads –  website:Marina Osipova – Twitter: @marosikok

Thanks for dropping in today and I hope you have enjoyed today’s selection of books.. Sally.