Delighted to welcome D.L. Cross/Staci Troilo to the Cafe and Bookstore with her books. Today I am featuring her latest release on December 21st written as D.L. Cross.  The Forgotten (An Alien Invasion Science Fiction Series) (Astral Conspiracy)

The Forgotten is a taut, fast-paced Indiana Jones meets Falling Skies style stand-alone thriller that spans the globe and digs deep into humanity’s past, unearthing clues to the aliens’ motives for invading our world.

One’s out of his element. The other’s out of allies. Both are out of time.

Colonel Jack Morley investigates anomalies for the US government. He’s less than thrilled to give up his long holiday weekend at the beach to travel to the middle of the Nevada desert for his fifty-first mission because he assumes it will be another wasted trip.

He couldn’t be more wrong.

CORE Director Victor Cannon is in charge of a secret facility in Nevada, and he hopes bringing in Morley will keep the government off his back long enough to accomplish both his agency’s mission and his personal goal.

It only makes the target on his back a brighter beacon.

Now Morley and Cannon are in a race against their own agencies and the clock if they hope to save the world. They’ve discovered the location of the Forgotten, but not everyone wants him found. And those who want him to stay lost in time will go to any lengths to make sure he stays that way.

The series is available in a box set

One of the reviews for the series

Mae Clair5.0 out of 5 stars A fantastic series that screams to be filmed! Reviewed in the United States on November 15, 2020

This is a phenomenal series jam-packed with riveting characters, stellar intrigue, exceptional writing, and plots to blow your mind. The author does a deft juggling act, handling multiple plot threads that span alien invasion, edge-of-your-seat action, religious overtones, ancient artifacts, complex conspiracies, and more. I read and reviewed all five books separately, but the appearance of a box set is cause to celebrate. This is one series that screams to be filmed. I’m waiting for Netflix to gobble it up and splash it on my TV screen.

Read the reviews and buy the other books: Amazon US –  And: Amazon UK

A selection of books written as Staci Troilo 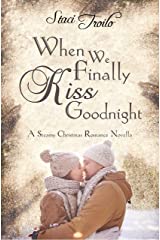 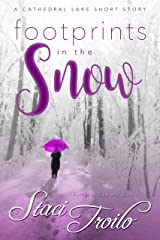 Staci Troilo grew up in Western Pennsylvania writing stories and poetry in her free time, so it was no surprise that she studied writing in college. After receiving creative and professional writing degrees from Carnegie Mellon University, she went on to get her Master’s Degree in Professional Writing, and she worked in corporate communications until she had her children. When they had grown, she went on to become a writing professor, and now she is a freelance writer and editor.

Staci is a multi-genre author. Her fiction is character-driven, and despite their protests, she loves to put them in all kinds of compromising or dangerous situations. This includes writing a science fiction series as D.L. Cross.

D.L. Cross has loved science fiction ever since she was a young girl and fell for Major Don West on television’s Lost in Space. To this day, she still quotes the show, though her favorite lines were spoken by the robot and the antagonist. Parallel universes or alternate realities, aliens or dinosaurs, superpowers or super viruses, time travel or AI… no sci-fi theme is off limits and all of them fascinate her. You can find more information about all her identities and all her work at her website: Staci Troilo

Thank you for visiting today and I hope you will enjoy finding out more about Staci Troilo and her books.. thanks Sally.