Welcome to the Friday Edition of the Cafe and Bookstore with recent reviews for authors on the shelves.

The first book  today with a recent review is  Eternal Road: The Final Stop by John W. Howell..

James Wainwright picks up a hitchhiker and discovers two things 1. The woman he picks up is his childhood sweetheart, only Seventeen years older. 2. He is no longer of this world.

James began a road trip alone in his 1956 Oldsmobile. He stops for a hitchhiker only to discover she is his childhood sweetheart, Sam, who disappeared seventeen years before. James learns from Sam falling asleep miles back caused him to perish in a one-car accident. He also comes to understand that Sam was taken and murdered all those years ago, and now she has come back to help him find his eternal home.

The pair visit a number of times and places and are witness to a number of historical events. The rules dictate that they do no harm to the time continuum. Trying to be careful, they inadvertently come to the attention of Lucifer who would love to have their souls as his subjects. They also find a threat to human survival and desperately need to put in place the fix necessary to save mankind.

The question becomes, will James find his eternal home in grace or lose the battle with Satan for his immortal soul and the future of human life with it? If you like time-travel, adventure, mystery, justice, and the supernatural, this story is for you.

Barbara W. Burke5.0 out of 5 stars If you want an exciting new adventure, then this is the book for you!  Reviewed in the United States on December 25, 2020

This is an amazing read! The first two pages lead one into one direction, then, suddenly off into an exciting new direction. Hardly able to put the book down. Highly recommended for those wanting a completely new adventure, unlike anything one has read, before.

Other books by John Howell

The next recent review today is for The Last Pilgrim by Noelle Granger. 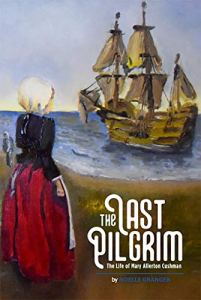 This book captures and celebrates the grit and struggle of the Pilgrim women who stepped off the Mayflower in the winter of 1620 to an unknown world – one filled with hardship, danger and death. The Plymouth Colony would not have survived without them.

Mary Allerton Cushman was the last surviving passenger of the Mayflower, dying at age 88 in 1699.

Mary’s life is set against the real background of that time. The Last Pilgrim begins from her father’s point of view – she was, after all, only four when she descended into the cramped and dank living space below deck on the Mayflower – but gradually assumes Mary’s voice, as the colony achieves a foothold in the New England’s rocky soil.

What was a woman’s life like in the Plymouth Colony? The Last Pilgrim will tell you.

Kindle Customer 5.0 out of 5 stars A most interesting read.  Reviewed in the United States on December 31, 2020

I thoroughly enjoyed the entire experience though did become confused at times as to the relationships of people. I wonder if there was much inbreeding or if some of the religious rules were in effect against kinsmen marrying.

The frequent deaths especially of the women in childbirth was heart wrenching. The constant work for the good wives was unimaginable as compared to today’s times. We live such a cooshy life nowadays. With perinatal death and or maternal death grounds for malpractice.

The thoroughness of the research and attention to details was admirable. I could imagine myself in the house, garden or fields while I read this book. I would highly recommend this book as both an enthralling look into our past as well as emotional journey through the eyes of a wonderful woman’s life.

Thank you Noelle, for your fantastic journey you allowed us to accompany you on. It will stay with me for a very long time.

Read the reviews and buy the book:Amazon US – And:Amazon UK

Read the reviews and buy the books: Amazon US – And: Amazon UK – Blog:Sayling Away – Goodreads:Noelle A. Granger – Twitter:@NAGrangerAuthor

The final author today is Claire Fullerton with a review for her novel Little Tea. 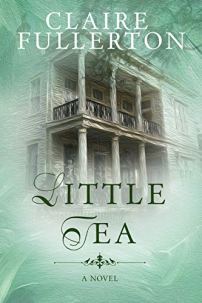 One phone call from Renny to come home and “see about” the capricious Ava and Celia Wakefield decides to overlook her distressful past in the name of friendship.

For three reflective days at Renny’s lake house in Heber Springs, Arkansas, the three childhood friends reunite and examine life, love, marriage, and the ties that bind, even though Celia’s personal story has yet to be healed. When the past arrives at the lake house door in the form of her old boyfriend, Celia must revisit the life she’d tried to outrun.

As her idyllic coming of age alongside her best friend, Little Tea, on her family’s ancestral grounds in bucolic Como, Mississippi unfolds, Celia realizes there is no better place to accept her own story than in this circle of friends who have remained beside her throughout the years. Theirs is a friendship that can talk any life sorrow into a comic tragedy, and now that the racial divide in the Deep South has evolved, Celia wonders if friendship can triumph over history.

Reviewed in the United States on December 30, 2020

Beloved author, Pat Conroy left behind a legacy that weaves it’s way through so much of southern fiction, but I trust he stopped by Claire Fullerton’s pen and whispered some of his wisdom! The proof is in her novel “Little Tea”!

She has that same knack of real-life, honest storytelling wrapped in beautifully eloquent prose. Every word being composed so harmoniously with the next.

Speaking of racism and social issues with both gentle heart and pulsating tension.

Love and relationships are lovely, exuberant, determined and even heartbreaking. When everything is cracking open like a broken glass on the hot Memphis asphalt, the sun is still shining through it.

Claire Fullerton speaks of the South and being a Southerner as a status only a few can attain. Almost a deserving right! The highest of honors! I love that she reveres the South so deeply and sincerely. She writes about the South with such love, you can sense her devotion! She elevates the Southern voice!! Claire is a true gift to both Southern and Literary Fiction!

I was completely enamored and enraptured with this story and each of characters. I even found myself beginning to put the book down one night, only to chose not to because I was just too captivated with even the places and more!! I just couldn’t sleep!

That same night, I found I was reading the last sentence, and I knew without a doubt I had been introduced to one of the most talented writers of our time!

In closing, I look forward to reading Claire Fullerton’s Collection! Time to order every single book!

Read the reviews and buy the book: Amazon US – And : Amazon UK

Thank you for dropping by today and I hope you are leaving with some books.. thanks Sally.