Welcome to the first of the Cafe and Bookstore updates this week with the release of two new books and a recent reviews for authors on the shelves. 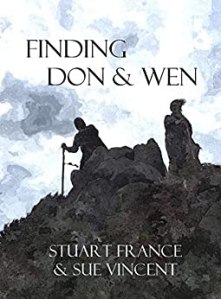 Two friends living hundreds of miles apart inadvertently begin to explore the magical and ancient landscape of Albion, delving into the symbolism hidden within mediaeval churches and piecing together the clues that appear to be left before them like a breadcrumb trail.

The correspondence within this book was written as their adventures began to unfold, recording and highlighting strange concepts and exploring magical ideas, from across the pages of human history and spiritual thought.

Don and Wen are characters in The Initiate, the first of nine books that tell the full story of what became a true quest. While this book stands alone as a practical guide to how to listen for and interpret the voice of the living land and its history from a unique perspective, it also adds yet another dimension to the original story, painting the backdrop to Don and Wen’s journey through time, space and high weirdness.

Head over to buy the book: Amazon UK – And: Amazon UK

A small selection of books by Sue Vincent and Stuart France.

And also delighted to share the news of a new book by J. E. Spina a romantic suspense novel, In A Second 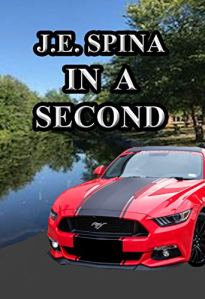 Athena feels as if she is going out of her mind. She can’t function after losing her fiancé, Justin, in a car accident, or did she? She keeps having dreams or rather nightmares of being trapped in a car with Justin’s lifeless body. But when she wakes up in the hospital no one will tell her what happened to Justin. She begins to think that he is a figment of her imagination until she calls his number and he answers. They make a date but then, he doesn’t show up.

There are many secrets that Athena’s parents are keeping from her. Can she deal with all the secrets that threaten her whole being? Her only salvation is her Gramma Grace who knows the truth and has the power of clairvoyance to help her.

Athena finally meets someone who could possibly give her a chance at love again but can Lucas give her what she needs or is he asking too much of her? When her psychiatrist, Dr. Nick Jasper, shows an interest in her too she feels overwhelmed and confused.

Will Athena be able to choose between Dr. Jasper and Lucas? Will she ever forget Justin?

This book grabbed me within a second of reading the Prologue. Athena, the main character, is struggling to remember a car accident, the disappearance of a boyfriend, and to understand the unusually protective and harsh attitude of her father. The plot is driven by dreams and memories, and is full of twists, secrets, and strange happenings that kept me thoroughly engaged and wanting more! The characters were well developed and interesting. I especially liked Granny Grace, Athena’s sweet but powerful grandmother. Grace has a few tricks up her sleeve as she tries to protect Athena from harm. In a Second is sure to delight mystery readers everywhere!

Other books for adults by J.E. Spina (her children’s books can be found in the Children’s Reading Room )

Now time for a recent review

The final author today with a review is Leon Stevens. The Knot At The End Of The Rope.

These are some of the short stories in this collection, written in the style of the early science fiction writers when imagination trumped scientific knowledge. In addition, some short post-apocalyptic tales and poems are included in this new book by Leon Stevens.

Loved this book of short stories. It was an easy and compelling read. I finished it in one sitting and was left feeling quite satisfied, though I was curious about how many of the stories could be played out in a novel. I guess I was left wanting more!

Head over to read the reviews and buy the book:Amazon US – and: Amazon UK 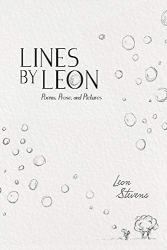 Read the reviews and buy the books: Amazon US – And: Amazon UK –follow Leon:Goodreads – Website:Lines by Leon – Twitter: @linesbyleon

Thank you for visiting today and I hope you will be leaving with some books.. thanks Sally.