Today Christa Polkinhorn is sharing an excerpt from An Uncommon Family

The power of love and friendship in turbulent times

Three people with a troubled past meet in Zurich, Switzerland. Six-year-old Karla longs for her dead mother. Anna struggles with her former husband’s deception, and Jonas, artist and teacher, mourns the death of his wife. While caring for and teaching little Karla, who promises to be a talented painter, Anna and Jonas fall in love but sinister events in their past threaten their budding romance.

An Uncommon Family is a story about loss, lies, and betrayal but also about the healing power of love and forgiveness. It takes place in Switzerland, New York City, and Guadalajara, Mexico.

An excerpt from An Uncommon Family – Chapter One

Karla licked the crispy cone, trying to catch the sliding droplets before they hit the ground. The raspberry ice cream was a dark purple, her favorite color. She wrinkled her nose as she caught another whiff of exhaust from the busy street along the Limmat River in the city of Zurich. It was August and hot in Switzerland. The six-year-old girl scanned the scenery in front of her with dreamy eyes.

A canoe was sliding by a tourist boat on the river. People with funny-looking sun hats and dark glasses sat on the benches of the boat. Along the river on the other side, the built-together stone houses looked like a row of uneven different-colored teeth, gray, yellow, white, and some with a tint of orange. Behind the houses, on top of the hill, the linden trees at the park shimmered in their pale-green foliage and a curtain of dark-green ivy hid part of the gray granite wall.

Karla took another lick from her ice-cream cone, then turned around and peered through the window of the art shop, where her aunt was picking up two framed pictures. When she looked back at the sidewalk, her breath caught.

She saw the woman only from behind, but the bounce in her step, the long, reddish-blond hair flowing down her back, swaying left and right, the tall, slender figure—it must be her mother. She tossed the rest of the ice cream into the trash can, got up, and ran after the woman.

“Mama!” she called as the woman got ready to cross the street. The light turned from blinking red to solid red, just as the woman reached the other side. Karla rushed after her, barely aware of the honking around her or of the shrill warning bell of the blue-and-white streetcar. She heard someone yell at her but by then she had arrived at the other side. The woman was walking along the river toward the Lake of Zurich.

“Mama, wait!” Karla bumped into someone.

A man stepped aside. “Watch it, kiddo.”

The woman finally turned around and looked back, scanning the people behind her, then walked on. Karla stopped dumbfounded. It was the face of a stranger.

A wave of despair washed over her. Not believing that she could have been so wrong, she started to run again. She didn’t see the slight indentation in the pavement. As she fell, she barely noticed the searing pain in her knees; the disappointment hurt more. She covered her face with her hands and sobbed. Mama would have helped her. Mama would have picked her up, hugged her, and even sang a little tune to her to make her feel better. But her mother was gone.

A pair of strong arms lifted her up. She looked into a face with a gray-white beard and kind, blue eyes below thick tufts of eyebrows. The man was tall and sturdy. He had wildish white hair. He reminded her of Saint Nicholas. But it was summer and Saint Nicholas only appeared in December.

“Are you here alone?” he asked. “Where’s your mother?”

One of the Five star reviews for the book

Gareth Stokes 5.0 out of 5 stars So good I read it twice!  Reviewed in the United Kingdom

A rich and emotive story around three principal characters, each with their own troubled pasts. Although each of the characters bears an entirely different burden to the others, all three become inextricably linked in the unfolding story of an unlikely union.

Karla, a precocious and talented young girl; her guardian aunt Anna, withdrawn and mistrustful of men, devoted only to her niece; and Jonas, a kindly, gentle-souled man who undertakes art tutoring of young Karla. In doing so, a warm yet cautious relationship develops between he and Anna – but one that the reader wonders how it may possibly develop with Anna so rigid and full of doubt.

All three have tragedies to conquer, from grief to betrayal to guilt. Yet a close bond forms as Jonas becomes closer to both his protégé Karla, and the woman of his increasing desire, Anna. But as secrets unfold, and memories of betrayal linger, even as childish mischief comes into play, it looks sadly like this trio of loveable characters are going to drift apart.

This is a story described in a beautiful literary prose style, the narrative detailed and lyrically descriptive. I’m especially fond of the portrayal behind each three personalities. In Karla I see the amazing, if tragic, devices that a child may employ to deal with grief. Imagining under certain circumstances that ‘a crack opens in the sky and you can see into Heaven to talk to those you’ve lost’. Very touching. And in Anna, the stoic mentality that is her armour against another betrayal, yet her own self-doubt at her capability to be enough of a `parent’ to Karla. And in Jonas, the persistence and patience of a solid character with a heart of gold, but a mind full of guilt for a crime that, in my opinion, really isn’t his to bear.

And… wherever I may have suspected the story would lead, I could not guess at the surprise twist in Anna’s past, a revelation that changes Anna’s perspective and, perhaps, enables her to release some of her pain. Only by moving beyond the past and looking optimistically ahead, will she have any chance of happiness.

All of the texture in this story, the smooth passage of time through seasons and years, the crisp dialogue and smooth plot development, makes for a thoroughly rewarding read. I recommend you read it, and ease into the nourishing atmosphere of this charming and cleverly depicted story of love, loss, loneliness, and hope.

A selection of other books by Christa Polkinhorn 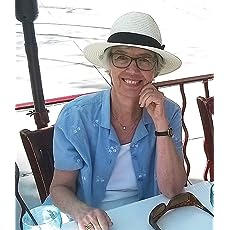 Born and raised in Switzerland, Christa has always had the desire to explore the world outside of her beautiful but tiny country. She traveled in Europe, China, Japan as well as South America. Now, she lives and works as writer and translator in southern California. Her interest in foreign cultures informs her work and her novels take place in several countries. She published a volume of poetry (The Path of Fire). Now, she writes and publishes contemporary fiction with a focus on family drama/love stories (The Family Portrait trilogy) and family drama/suspense (The Wine Lover’s Daughter series). Aside from writing and traveling, she is an avid reader and a lover of the arts, dark chocolate, and red wine.

I hope you will participate in this series.. there are currently 130 authors on the shelves with reviews within the last six months and you can check your entry at this link – Cafe and Bookstore

Thanks for dropping in today and I know that Christa would love to hear from you… thanks Sally.