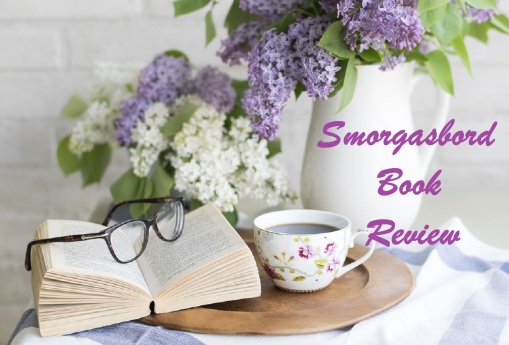 I read some amazing books in 2020 and I would like to share them again with you, updated with the authors most recent releases and their biography.

This was my review from November 2020 for Allies and Spies (Unraveling the Veil Book 2) by D.Wallace Peach… 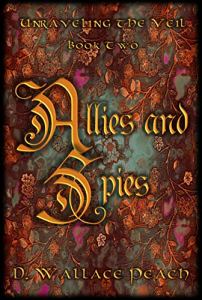 Trust is as thin as a blade’s edge. Secrets abound. And no one is who they seem. Kalann il Drakk, the First of Chaos, makes a bargain with his brethren, in which the future of civilization hangs in the balance.

Thrust together by a sacred oath, a halfbreed goblin, a misfit elf, and a changeling spy unite in an uneasy alliance. But their mission to learn the truth of the strange disappearances must wait—for they owe a blood debt to the changeling queen.

In the Raveen Mountains, the cornerstones of Naj’s life crumble. Goblins assemble a massive shipment of crystals for the Borderland—enough to power Ka Radiff for a decade or, with a single spark, blow it apart.

In the elfin Riverlands, Alue learns of the clandestine Coalition. Rumors whisper of a vast conspiracy. But that knowledge pales in comparison to a startling revelation that shatters the foundation of her life.

When a dead goblin turns up on the slopes beneath the Veil, Talin has no choice but to admit to changeling crimes. The tenuous alliance falters. Treachery runs deep and wide. And in the changelings’ jungle, the queen releases her venom. The ground fractures. And only the truth about il Drakk’s cruel designs has the power to spare their lives.

Allies and Spies, the second episode in the Unraveling of the Veil series, is another triumph for D.Wallace Peach. Sometimes a second book can be an anti-climax, but it is certainly not the case here. We hit the deck running with Alue, Naj and Talin as they continue their quest to find the cause of the shifts in the surface of their respective worlds and loss of so many of their people.

They are dancing to somebody’s tune, but despite moving back and forth across their homelands and into forbidden places, they are no closer to the truth. Their combined skills are powerful, and as they accept and adapt to match each other’s abilities they risk more and more, including their lives in the venture.

Those in power are not always who they seem, and telling the difference between friend and foe becomes more difficult, putting them and others in danger. Friendships are shattered and they suffer traumatic loss, but as this chapter in the story reaches its climax, we begin to see the how each of them individually are more complex than even they knew.

This is a fast paced thriller and the author has not just created one brilliant fantasy world but four intricate societies of goblins, elves, changelings and the hidden world behind the veil.

We are left on a cliffhanger as the three allies make a decision to undertake a perilous mission in a last ditch attempt to find out who is behind the destruction of their worlds. Thankfully the next book in the series is already available. I highly recommend that you read the first book in the series Liars and Thieves.

Read the reviews and buy the books: Amazon US – And : Amazon UK – Follow Diana: Goodreads – blog: Myths of the Mirror – Twitter: @Dwallacepeach 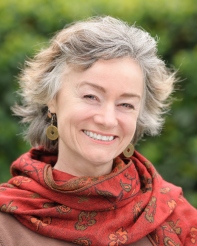 Thanks for dropping in today and I hope you have enjoyed the review for Allies and Spies, and will head over to buy the book.. thanks Sally.

29 thoughts on “Smorgasbord Posts from My Archives – Past Book Reviews 2020 – #Fantasy – Allies and Spies (Unraveling the Veil Book 2) by D.Wallace Peach…”