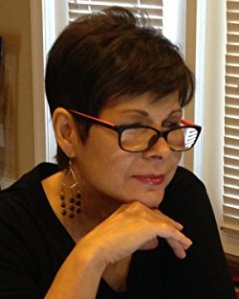 Born in Mercedes, Texas, Mary Anne has lived in Georgia for most of her life. A life-long fan of authors such as Agatha Christie, Anne Perry, Caroline Graham, and Elizabeth Peters, it wasn’t until a few years ago that Mary Anne listened to the voices in her head and began writing her own series of traditional mysteries featuring Detective Charlie McClung.

Although Mary Anne is a middle-aged woman, she believes no matter how old you are, you should have fun. Don’t let anyone steal your joy by telling you you’re too old. The main female protagonist in the Charlie McClung Mysteries is an exciting snapshot of the author’s sensibilities.

Mary Anne and her husband of 40 years live in Smyrna, GA, with an ill-tempered Tuxedo cat named Gertrude. Mary Anne is active in the Sisters in Crime and sits on the advisory board of Rockdale Cares, a non-profit advocacy group for the developmentally challenged.

A review for Brilliant Disguise – Book One Charlie McClung Mysteries

Hubert R. Hall 5.0 out of 5 stars Interesting! I didn’t want to put this down until I finished the book  Reviewed in the United States on April 23, 2021
Characters were artfully developed as the story moved rapidly along. I want to read more Charlie McClung mysteries from this author. 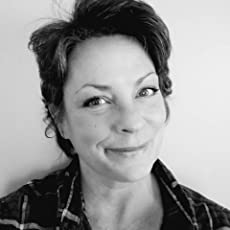 Mandy Haynes has spent hours on barstools, at backstage venues, and riding in vans listening to some of the best songwriters and storytellers in Nashville, Tennessee. She now lives in Fernandina Beach, Florida with her three dogs, one turtle, and a grateful liver. Her first collection, Walking the Wrong Way Home was a finalist for the Tartt Fiction Award, and selected as a bonus pick for The Pulpwood Queens’ 2020 Reading List

Jun 11, 2021 Donna Everhart rated it five stars it was amazing

Mandy Haynes’ collection of short stories pack a powerful punch! I’ve always found it impressive when an author can squeeze a whole lot of story into a tight narrative, while still delivering on fully developed characters, plot and MOST important –> VOICE.

I loved how Haynes created characters that were very different, yet with certain physical attributes – in this case, having red hair was one. She also centered on snakes in her stories, an ever fascinating creature, and like many other reptiles or mammals (opossums!) they are reviled simply because of their looks – well – and the fact they may be deadly, but trust me, they’re not thinking, “I’d like to bite a human today.” (That’s totally random and off-track, but true.)

Regardless, Haynes style will keep readers engrossed, and wishing for more. There are five stories, southern gothic, with a touch of magical realism in one.

Jaq D Hawkins is the author of several Fantasy novels, which include Dance of the Goblins, Demoniac Dance and Power of the Dance. There is a combined volume of the full Goblin Trilogy available. Her most recent release (August 2019) is a comedic science fiction novel, an adventurous farce through time and space called The Chase for Choronzon.

She has also written the Airship Mechanoids Steampunk series which begins with The Wake of the Dragon and will continue with The Winds of Winter Storms in 2019 and a third volume that takes the series into the realm of Khempunk due out in 2020.

She lives in England with her family, which includes several cats, and works on amateur filmmaking when she isn’t writing. Most of the time she juggles deadlines between the two. She is a strong advocate of human rights and equality, which is reflected in many of her stories through diversity in central characters.

A selection of books by Jaq D. Hawkins

One of the recent reviews for The Wake of the Dragon

Jaq D. Hawkins’ “The Wake of the Dragon” is a first-rate tale of Victorian era adventure, intrigue, and aeronautical derring-do that never forgets that character is key to all storytelling. Right out the gate, I need to say that the book is firmly in the steampunk genre but does not allow itself to get too bogged down in cogs, levers, top hats with goggles, coal dust, and several kinds of brass what-have-yous to overload the more casual reader. Sure, that stuff is in there, but the heart of it lies in the characters that inhabit all those trappings.

Essentially the story of a pirate airship crew stealing a load of opium from a shipping magnate and the magnate’s attempts to recover it, it’s all largely fodder for the unexpectedly broad cast of characters that makes the read worthwhile. There’s Mr. Zachary Wyatt, the shipping magnate with dreams of someday running his own airship, Captain Horatio Bonny, the pirate who harbors a deep fascination with the air goddess “Aide,” Mr. Bale, Bonny’s first mate who hates cats (or does he?), James Dudley, the fussy-stomached clerk-turned-detective who is sent off to investigate the lost shipment, Miss Anne Bardwell, a farm girl with dreams of a much more adventurous life, and Thomas Curson, who might be a wheelwright…or a vagabond, or well, whatever his deal is. Throw in a boatload (literally) of mechanical men only just learning how to be pirates themselves, and it’s quite a bit of fun.

I would say more, but I don’t want to give away the joys of getting to know those characters yourself, as I did. Suffice it to say that I loved the interplay between the cast and how it all came together to a satisfying, if not quite typical ending. Sometimes you really just want a breezy, fun, self-contained story that stands on its own and that’s just what I got.