A small selection of posts I have enjoyed over the last few days and I hope you will head over to read in full.. thanks Sally.

The first post is from earlier in the week from D.G. Kaye (Debby Gies) who shares the meaning of Jewish New Year – Rosh Hashanah and what it means to her personally.

Jewish New Year – Rosh Hashana, What About it?

Jewish New Year came early this year. Every year it falls on a different date because the holidays are based on the 10 month Jewish Calendar. It begins on the Jewish Calendar in the 7th month, Tishrei, which typically falls in September or October on the Gregorian calendar. It is believed to have begun as far back as 6th century BC. Ever wonder what to say on Rosh Hashanah, the Jewish New Year, when you meet a Jewish person? The Jewish New Year is not just about vowing new goals to lose weight or work out at the gym.

Head over to read Debby’s informative and personal observations about this important festival: D.G. Kaye – Jewish New Year – Rosh Hashana – What about it? 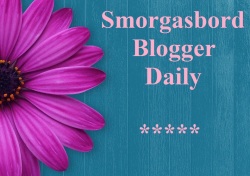 The next post is from Liz Gauffreau who demonstrates the effectiveness in writing a story in two genres.. in this instance a Tanka and a non-fiction story. N.B Liz has a new poetry book out later this month that is receiving great advance reviews – Grief Songs on pre-order – Amazon US – Amazon UK 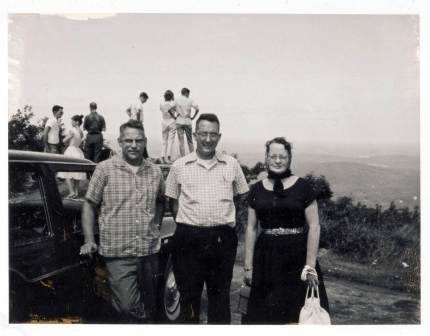 My dad is the fellow in the middle. According to his Aunt Louise, the crew cut he is sporting made him look “defective.”

I have always been fascinated by one of the most basic aspects of the writing process: deciding which genre will best align with the experience I feel inspired to write about. Am I trying to convey a particular emotion? Am I trying to work out the mystery of why people behave the way they do? Am I trying to impose some order on a series of seemingly random events? Do I just want to have some fun and play? 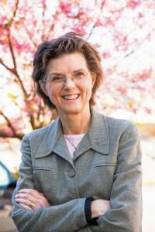 Head over to enjoy both Tanka and story and share your thoughts: Youth Group picnic – a tale of two genres

Something from Jim Borden on the problems that are arising during school board meetings that are turning fractious and sometimes even ugly.

School board members are typically unpaid volunteers, often parents who step forward to shape school policy, choose a superintendent, and review the budget. In most places, and during most times, it was a relatively unremarkable, yet vital position, one that few people paid attention to, or even knew who the members of the local school board were.

But times have changed, reflecting the divisiveness that exists when our country at this moment in time. Look at some of these examples:

Head over to read the rest of Jim’s post and share your thoughts: Why Would Anyone Want to Be on Their Local School Board?

Next Peter Springer with a thought provoking and reasoned article on the point where we realise we need to act not just on our own behalf but on behalf of others around us. Particularly in relation to the vaccination programme against Covid. I do recommend you head over to read in full.

When it comes to most matters, I’m one of those people who can typically see both sides of an issue. For example, I don’t own a weapon, but I understand and respect the right of others who own a gun to protect themselves or use a rifle for hunting. I believe an organized society needs fair laws that protect its citizens, and we need the police to uphold those laws. I am a big supporter of law enforcement. I generally think they do an excellent job doing a difficult task, especially given their decisions must happen in a split second. The actions of a few bad ones shouldn’t cloud our judgment of the profession as a whole. At the same time, we can’t bury our heads in the sand as some officers use their positions of authority in abusive ways.

Head over to read the rest of Pete’s post on this contentious subject: Stop the Madness – Pete Springer

And to finish off today a recipe… as always from Carol Taylor, it is cook from scratch and is delicious. Coconut biscuits/cookies. Carol has also been getting out and about to up her fitness levels.. a reminder to us all (me included) that it makes a difference.

I don’t make biscuits very often…I love a homemade cookie/biscuit far more than my waistline does…over the last 18 months I have not walked as much and the pounds have crept on…as I am very close to my 70th birthday…yikes…the motivation to get those pounds off has increased.

I have started walking again however because my feet have gotten soft I gained a glorious blister the other day although I did push it and walked further than I should have… however as it was my first week back on the exercise circuit I know it was stupid of me..

Head over to save the recipe and catch up on Carol’s fitness programme: CarolCooks2…In my kitchen…Coconut Biscuits/Cookies…

Thanks for dropping in today and I hope you will head over to enjoy the posts in full..thanks Sally.