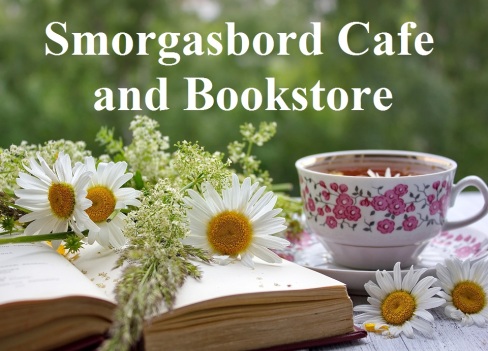 Delighted to welcome author Richard Seltzer to the Cafe and Bookstore with his books and today I am featuring his new release Shakespeare’s Twin Sister – an Alternate History novel.

Shakespeare’s twin sister wakes up in the body of a 99-year-old woman in a nursing home in 1987. She has quite a tale to tell:
— her coming-of-age story, posing as a boy to get an education,
— twins separated at birth sorting out the mystery of their otherworldly connection to one another,
— a lifelong three-way love story,
— soul projection and transference linking individuals to one another and connecting past to present,
— and the story of a young reporter who falls in love with the soul he finds in the body of an old and dying woman.

As a cross-dressing sword-fighting teenager, Kate beats Mercutio, captain of the King’s Musketeers, in a duel in Paris.

As Will’s double and writing partner, Kate enables him to do the work of two geniuses.
This outlandish view of Shakespeare’s life and times stays true to the facts, while presenting explanations that are intriguingly plausible.

Albert Einstein wrote: “The distinction between past, present and future is only a stubbornly persistent illusion.” This revelation is illustrated in captivating literary form in Richard Seltzer’s “Shakespeare’s Twin Sister.”

In the setting of a nursing home, we find a 99-year old woman, who not only has a story of her early life, which is compelling in and of itself, but, also, a deeper tale, which challenges our assessment of our conventional, apparently linear existence. The duality of the consciousness of this amazing woman draws us in from the very beginning. Superimposed on this remarkable theme is the poignant love story of the reporter of this phenomenon for the younger self of the aged woman.

The theme revolves around the perspective of twins separated at birth, the girl belonging to a privileged family, the boy having a rough and tumble existence. Their common origin is unknown to both twins and they develop an attraction for one another. The boy is William Shakespeare, himself.

As always, Richard Seltzer’s books are both informative and imaginative. Here, we enter the realms of Russia, Elizabethan London and present-day America. Space and time are blurred like an Impressionist painting. Nevertheless, descriptions of place and historical anecdotes are true and told in a vivid manner so that we feel as if we are there.

Richard Seltzer’s novels dare us to extrapolate our own present-day existence with that of our past, possibly hidden, and future, so that our “souls” can shift or even transfer. That is the intellectual and engaging challenge of all of Richard Seltzer’s books.

Richard lives in Milford, CT, where he writes fiction full-time. He worked for DEC, the minicomputer company, as writer and Internet Evangelist. He graduated from Yale, with a major in English, went to Yale grad school in Comparative Literature, and earned an MA in Comparative Literature from the U. of Mass. at Amherst. At Yale, he had creative writing courses with Robert Penn Warren and Joseph Heller.

All three of his recently published novels (Parallel Lives, Beyond the Fourth Door, and Nevermind) overlap and echo in interesting ways, with stories inside stories and touches of magical realism. This is not by intent, but rather that all of them grew from his life experiences and from exploring themes that matter to him. Two more novels of his that All Things That Matter will be publishing soon (Breeze and to Gether Tales) are of the same ilk. These novels can be read in any order. They are independent stories, with stylistic and thematic overlaps. Each creates a different view of reality, a different way of trying to understand the mysteries of life.

He has written a total of 22 books, including: Shakespeare’s Twin Sister, The Name of Hero (historical novel), Ethiopia Through Russian Eyes (translation from Russian), The Lizard of Oz (satiric fantasy), Now and Then and Other Tales from Ome (children’s stories), Saint Smith and Other Stories, the novels The Attic (with Ethel Kaiden), Breeze, To Gether Tales, a collection of essays Lenses, a book of word play jokes ASAP’s Foibles, and a collection of poems Dark Woods, in addition to pioneering books about Internet business.

Thanks for dropping in today and I hope you will be leaving with some books…thanks Sally.