Welcome to the Friday edition of the Cafe and Bookstore with recent reviews for authors on the shelves.

The first author today is Emiliya Ahmadova with a review for Caribbean Tears – a psychological thriller.

Sheila is kidnapped and shipped to Venezuela, where she is sold to a brothel owned by a woman by the name of Bernadette. There her nightmare begins, as she is forced into prostitution. She is tormented nightly by the brutal Victor, who is Bernadette’s lover and the brothel’s supervisor. Despite her daily tortures, Sheila keeps hoping for escape. She befriends the other women at the brothel, including a teenage girl, who benefit from her positive outlook.

Will Sheila be able to escape her nightmare and get her life back?

​Back in Trinidad, a badly burned body of another woman is mistaken for Sheila. Believing she is dead, her husband eventually begins a relationship with a woman named Candice, whose actions are partially the cause of Sheila’s family’s pain and suffering.

However, it is not easy for Candice to be around him and his children. She also has to deal with the jealousy of her other boyfriend, Terrel. He keeps threatening to kill Miguel if she will not leave him. At the same time Psycho, a fellow gang member, is blackmailing her over a deed done at her request. To keep her secret safe, she must get rid of both men.

Some words might look misspelled or improper in the book because the author allowed the characters to use Trini slang in their dialogue. For example, some in Trinidad use “she” where “her” should be used.

Brian D. Harvey 5.0 out of 5 stars Novelist as Screenwriter  Reviewed in the United States on August 17, 2021

As a film historian, in reading Caribbean Tears, I was struck by the filmic elements in Emiliya Ahmadova’s narrative. The novelist describes her tale as a “psychological thriller,” in this case certainly one applicable film genre. The entire structure of her book reads like a riveting photoplay.

The heroine, Sheila, a Trinidadian woman, appears happily married, but not really, as the reader gradually discovers once she is kidnapped and held in captivity in a violent brothel as a victim of human trafficking. Nothing is what it first appears as the story unfolds and its characters interact in the celluloid reels and cinematic projection of the novelist’s noir lens.

What ensues is a classic “crime drama” with a colorful cast reminiscent of the popular ensemble films over a decade ago such as “Crash” and “Bobby” (both 2004) as well as “Babel” (2006). In all these films, as here in Caribbean Tears, the story reveals itself in a series of remote “sub-stories” that the novelist threads together bit by bit through related characters, crimes, and circumstances as the individual ensemble casts in different locations merge.

Sheila is married to a double-crossing husband named Miguel, whose mistress, Candy, is one of the accomplices in Sheila’s kidnapping with neither husband or wife cognizant of Candy’s deceit toward both. Miguel operates in his ensemble at the local station as a policeman. Candy is also cheating on him in her own ensemble cast of brutal underworld thugs involved in human trafficking as a profession.

Once trafficked to Venezuela, Sheila has her ensemble cast of fellow unwilling captive prostitutes forced into sex acts with abusive gangsters who frequent the brothel, run by a despicable and unscrupulous couple, Victor and Bernadette.

As was the case with the heroine in her first novel, Broken Chains, Emiliya Ahmadova’s contribution to the genre of women’s inspirational fiction is established in the close bonds forged among Sheila’s fellow denizens in the brothel, her female pals also shoved into the illegal sex trade.

While all the males in various ensemble casts end up deplorable, including Sheila’s husband Miguel, the women’s savior arrives deus ex machina in the guise of a Romainian detective, hired by the family of one of Sheila’s cell mates, Daniella, to locate her.

Without giving away the denouement of this crime drama, as in an ensemble film, all the characters intertwine and meet in the finale, at least those who do not end up deceased. Throughout the story, Sheila has been taken for dead herself, in a body swap from another murder, complete with a funeral.

Throughout the narrative, the novelist cracks the curtain into Miguel’s double dealing as an abusive husband, revealing certain biblical elements in Sheila’s marital turmoil. In the end, the detective is the women’s savior from heaven, for which Sheila has prayed all along throughout her captivity.

The novel is a page turner and nail biter as the reader is led through a noir labyrinth of deceit, deception, and duplicity, all coming together on the final page. This constitutes a must read as yet another installment in Emiliya Ahmadova’s contribution to women’s protest fiction.

Ahmadova reveals herself as a master of dark cinema in the form of a tailored script with an eye for character types and an ear for dialogue, with all ingredients fully visualized. As a talented novelist, she is clearly on the fast track as a budding screenwriter adapting her very own brand of women’s melodrama with thriller elements!

Also by Emiliya Ahmadova for adults and children 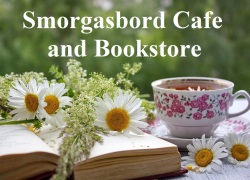 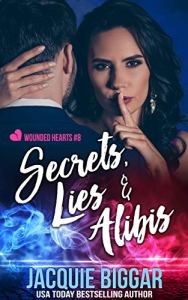 SAC Agent Amanda Rhinehold is driven to succeed, so it’s a bitter pill to swallow when she is forced to accept a demotion in order to distance herself from an error in judgment– one that leaves her pregnant.

Adam O’Connor uses his playboy image to keep anyone from getting too close. History has shown the people he cares about tends to get hurt, he’s like the proverbial bad luck charm. When an affair with his supervisor goes sideways and she leaves town, he figures it’s for the best, though his heart isn’t so sure.

When trouble comes calling, these two will have to sort their differences in order to protect their baby- and try not to fall in love in the process

Sandra Cox 5.0 out of 5 stars Romantic Suspense with a Healthy Dollop of Humor  Reviewed in the United States on September 6, 2021

Romantic Suspense with a Healthy Dollop of Humor

Amanda and Adam, two headstrong government agents, have a hot affair. Amanda has second thoughts and they part ways. After the split, Amanda discovers she’s pregnant. Tension builds as they try to find their way back to each other all the while in the midst of danger.

This is the first book of the series I’ve read and while it stands alone, it would be helpful to start at the beginning to get more deeply immersed in the other characters.
Biggar has a smooth writing style and does a wonderful job of drawing readers in with her characters and world-building. This is a well-told tale that will leave fans wanting more.

A small selection of other books by Jacquie Biggar

The final author today with a review is LIsette Brodey for The Sum of our Sorrows.

In an idyllic suburb in Northern California, tragedy strikes the Sheppard family when Abby, the mother of three daughters and wife to Dalton, is killed in a car accident. Charlotte, the middle daughter, is in the car with her mother and survives without physical injury but remains deeply scarred on the inside.

Dalton tells Lily, his eldest daughter, that she must sacrifice long-awaited college plans and put her life on hold to take care of her sisters. Lily is torn between her devotion to family and an increasing need to find her place in the world — but how can she leave, knowing her family may crumble? Will her presence eventually cause more problems than it resolves?

The Sum of our Sorrows reveals how the aftermath of a family tragedy can precipitate sorrows never imagined. It is a tale of grief, hope, healing, coming-of-age, friendship, and survival. It is also a love story of two broken souls living through pain in search of better days and the renewal of one’s spirit.

The Sum of our Sorrows is one of those books that tugs at the heart strings from start to finish. The excellent opening scenes had me hooked and I stayed that way as events unfolded and I leaned more about the characters and their lives. Coping with the tragic loss of their beloved mother is traumatic enough for the three teenage Sheppard sisters to bear, but their loss is made so much worse by the domineering and unyielding attitude of their father, Dalton, and ultimatums made by him regarding their future lives.

The story unfolds through the eyes of Lily, the eldest of the sisters. It is Lily whose anticipated future is crushed by her father’s unreasonable and unfair stipulations regarding how the family will function from now on. Although the two younger sisters, Charlotte and Willow, struggle to come to terms with their loss, it is Lily my heart goes out to. Her longed-for place at college, where she could develop her talent for design, becomes out of reach as she takes on unfair responsibilities within the Sheppard family. Although her father is grief-stricken, too, he seems incapable of even imagining the effects of his authoritarian attitude has on his daughters, especially Lily. In this respect, I struggled to like him.

Ms Brodey does a wonderful job of taking readers along the Sheppard family’s path to eventual healing. There is an excellent cast of characters to be met along the way, some of whom are of great help to the family’s eventual repair and future happiness. There are also a few truly loathsome characters, who serve to create obstacles that must be overcome. Dealing with these difficult and hurtful situations helps to strengthen the broken family, restoring the closeness and love they had shared before their tragic loss tore them apart. Love is also to be found with people outside the family and new relationships are formed. All of these things help to create a rounded and satisfying story.

This is the third book I’ve read by Lisette Brodey and I have found them all to be very well written, and very different in content. She is a very versatile author and I can only say that her characterisation is excellent.

Overall, The Sum Of Our Sorrows is a great book and I look forward to reading others by this author in the near future.

A selection of books by Lisette Brodey