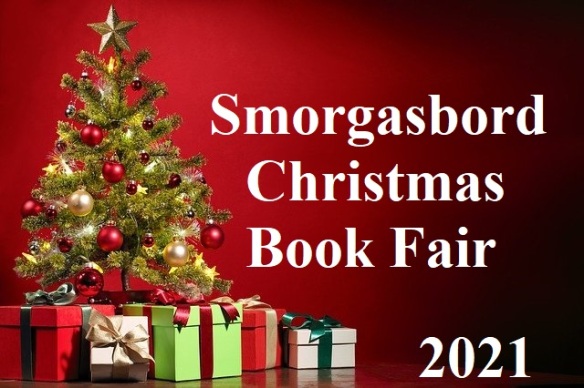 Welcome to the Christmas book fair and today an exploration of man’s history across thousands of years.

The first author today is Jacqui Murray who takes us back to the world of early man in Laws of Nature (Dawn of Humanity Book 2) a series I can highly recommend.

A boy blinded by fire. A woman raised by wolves. An avowed enemy offers help. But can they save Lucy’s tribe?***In this second in the Dawn of Humanity trilogy, the first trilogy in the Man vs. Nature saga, Lucy and her eclectic group escape the treacherous tribe that has been hunting them and find a safe haven in the famous Wonderwerk caves in South Africa, the oldest known occupation of caves by humans. They don’t have clothing, fire, or weapons, but the caves keep them warm and food is plentiful. Circumstances make it clear that they can’t stay, not with the rest of her tribe enslaved by the treacherous enemy.

To free them requires not only the prodigious skills of Lucy’s unique group–which includes a proto-wolf and a female raised by the pack–but others who have no reason to assist her and instinct tells Lucy she shouldn’t trust. Set 1.8 million years ago in Africa, Lucy and her band of early humans struggle against the harsh reality of a world ruled by nature, where predators stalk them and a violent new species of man threatens to destroy their world. Only by changing can they prevail. If you ever wondered how earliest man survived but couldn’t get through the academic discussions, this book is for you. Prepare to see this violent and beautiful world in a way you never imagined.

grace the mystic 5.0 out of 5 stars Where did we humans come from?  Reviewed in the United States on November 18, 2021

Jacqui captures the history of man and adds a story with all five senses. Smell in particular plays a part in identifying who you are feeling near you. Fear has a smell too. The journey and migration of people across the land to find a home, food and a safe place to live brings them into contact with danger unimaginable.
I am enjoying Jaquie’s carefully researched series. If you like Clan of the Cave Bear you will love Laws of Nature.

A selection of books by Jacqui Murray 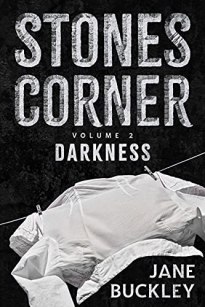 From Turmoil to Darkness, an unapologetic account of the darkest years of ‘The Troubles’ in Northern Ireland.

Relive the harrowing and very troubled years of the early ’70s, considered the darkest years of the Troubles in Northern Ireland. Following on from the catastrophic fall-out from the doomed Derry City Hotel meeting, the impact of the disaster has far reaching consequences for communities already divided and distrustful of each other.

Following the lives of so many, from the wealthy, vibrant James Henderson to the love-struck factory girl Caitlin McLaughlin and her family, you cannot help but be drawn in and empathise with the civilians caught up in a raging unrelentless war they want no part in.

All the while the guerrilla war in the province gains momentum as it extends to mainland Britain and the Irish Republic. Darkness takes us from the dank hellhole of the overpopulated Victorian Armagh Women’s Gaol to London’s lavish, opulent private clubs.

An unmerciful and harrowing tale, it endeavours to illustrate what life was like for Ulster’s war-torn, sectarian communities. It captures a story of conflict, survival of the fittest, and victims who attempt to live and love against a background of chaos and carnage.

Hope is deemed lost and forgotten until the power of love, truth, and justice steps in to create Light and a new beginning.

The wait for this sequel was frustrating but very much worth it. Like I’ve read in other reviews it was hard to put it down. Absolutely riveting. The story moves from character to character , it’s very easy to follow she has a knack of reminding you where you left off. Can’t wait wait for the last two volumes. The books have got me back into reading again.

The next book is by Paulette Mahurin and takes us into the heart of WW2 – Over the Hedge.

During one of the darkest times in history, at the height of the German occupation of the Netherlands in 1943, members of the Dutch resistance began a mission to rescue Jewish children from the deportation center in Amsterdam.

Heading the mission were Walter Süskind, a German Jew living in the Netherlands, Henriëtte Pimentel, a Sephardic Jew, and Johan van Hulst, principal of a Christian college. As Nazis rounded up Jewish families at gunpoint, the three discreetly moved children from the deportation center to the daycare across the street and over the backyard hedge to the college next door. From the college, the children were transported to live with Dutch families. Working against irate orders from Hitler to rid the Netherlands of all Jews and increasing Nazi hostilities on the Resistance, the trio worked tirelessly to overcome barriers.

Ingenious plans were implemented to remove children’s names from the registry of captured Jews. To sneak them out of the college undetected past guards patrolling the deportation center. To meld them in with their new families to avoid detection. Based on actual events, Over the Hedge is the story of how against escalating Nazi brutality when millions of Jews were disposed of in camps, Walter Süskind, Henriëtte Pimentel, and Johan van Hulst worked heroically with the Dutch resistance to save Jewish children. But it is not just a story of their courageous endeavors. It is a story of the resilience of the human spirit. Of friendship and selfless love. The love that continues on in the hearts of over six hundred Dutch Jewish children.

Nov 20, 2021 Bookish rated it five stars it was amazing An excellent read.

This is a poignant and powerful tale of compassion and humanity in defiance of evil. Set in The Netherlands during WWII, this book reflects the different ways in which Dutch people responded to Nazi presence and control in their country. The story held significant personal appeal for me as my own grandfather was part of the Dutch Resistance, and as I read, I found that the characters resonated strongly with the memories he shared with me.

This is evidence of the quality of Mahurin’s research and the depth of her empathy when telling other people’s stories. The book is very well written and profoundly moving. The cast of characters is colourful and realistic, exhibiting the best and the worst of human nature and behaviour

Read the reviews and buy the books: Amazon US – And : Amazon UK – follow Paulette : Goodreads – Blog: The Persecution of Mildred Dunlap on WordPress – Twitter: @MahurinPaulette

The next book the historical novel set in 18th Centuary Scotland and Pennsylvania  Fireflies and Chocolate by Ailish Sinclair.

For now though, she has to settle for a trip from her family’s castle, to the port in Aberdeen, where her father has promised she’ll be permitted to buy a horse… all of her own.

Little does she suspect this simple journey will change her life, forever. And as she dreams of riding her new mount through the forests and glens of the Manteith estate, she can have no idea that she might never see them again.

For what lies ahead is danger, unimagined… and the fearful realities of kidnap and slavery.

But even when everything seems lost, most especially the chance of ever getting home again, Elizabeth finds friendship, comfort… and that much prized love, just where she least expected it.

Set in the mid eighteenth century, Fireflies and Chocolate is a story of strength, courage and tolerance, in a time filled with far too many prejudices.

MacTrish 5.0 out of 5 stars Beautifully written tale with a captivating character at its heart

Reviewed in the United Kingdom on 19 October 2021

Fireflies and Chocolate is a wonderful book that tells the story of Elizabeth Manteith, a titled sixteen-year-old, who is abducted off the streets of Aberdeen in 1743 and taken off to Pennsylvania to work there. These abductions really happened, facilitated by the merchants of the city who were paid for their help.

Elizabeth is gutsy, vulnerable, rash and caring, and her quick wittedness and bravery had me cheering her on from the sidelines. Like her, we are confronted by the harsh realities of life as a slave or indentured labourer and she experiences danger and brutality as she wades in to protect her new-found friends. There’s also fun and humour in the mix and a romance that grows and develops with the tale. I loved the author’s depiction of the confusion Elizabeth faced regarding her true feelings for Peter, who helped her during the voyage, and for Michael who gave her a job as his cook. I’ll leave you to find out for yourself how that pans out! 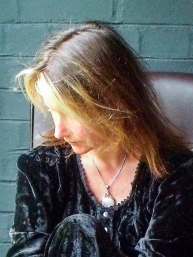 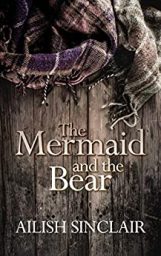 1914. Everything changes for Jessie on a day trip to Blackpool. She realises her feelings for Arthur are far more than friendship. And just as they are travelling home, war is declared.

Arthur lies about his age to join his Pals’ Regiment. Jessie’s widowed mother is so frightened, she agrees to marry Amos Morgan. Only Jessie can see how vicious he is. When he turns on her, Arthur’s mother is the only person to help her, the two women drawn together by Jessie’s deepest secret.

Facing a desperate choice between love and safety, will Jessie trust the right people? Can she learn to trust herself?

A recent review for The Heart Stone

Reviewed in the United Kingdom on 15 October 2021

Judith Barrow is one of those authors you can trust to tell a good story based firmly in the real world. In her books the drama lies in the detail of everyday life, set in the physical landscape of early 20th century northern towns. This is a world where a lost reputation is ruin indeed, where a man has property rights but a woman hands them over to her husband on marriage. It’s a world where even an innocuous-seeming business like a bakery involves heavy physical graft and immensely long hours.

We enter Jessie’s story just as WW1 breaks out. What follows is as searing a drama as one set in the battle fields although it takes place almost entirely in the domestic arena of Nether Brook. The shadow of the war hangs over everyone. The losses are enormous, but so is the love.