Welcome to the Christmas book fair and today some more children’s books that would make wonderful gifts.

The first book today which would delight any child is Just Nuisance, the Sea – Dog (Animal Stories for Kids Book 6) by Patricia Furstenberg...

A fun story about an adorable and REAL dog. Enjoy the happy rhyming and the matching illustrations.
Inspired by the story of he first dog enlisted in the Royal Navy during World War II.

Just Nuisance was a Great Dane and the only dog EVER to be officially enlisted in the Royal Navy. Between 1939 and 1944 Just Nuisance served on HMS Afrikander, a Royal Navy ship anchored in Simon’s Town, South Africa.

Just Nuisance had his own bed, and his own sailor’s hat too, he traveled by train quite often and he even flew in a plane or two.

“In South of Africa once lived
A Great Dane with a busy tail.
Just Nuisance he was called
And everyone his tale told…”

Darlene Foster 4.0 out of 5 stars Great book for dog lovers Reviewed in Canada on July 7, 2021

If you love dogs, and who doesn’t, you will enjoy this lovely book. It would be a perfect book to read to a young person. Some great discussions about dogs would ensue. The story is based on a real dog, a Great Dane who was enlisted in the Royal Navy. The drawings are adorable and as the author says, “Any dog, from small to giant, holds a place in someone’s heart.” 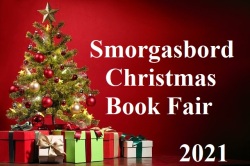 It’s been a year since Mary and Granny returned from their adventures in Scotland. Witch Penelope is still frozen, or so everyone believes, but strange things are starting to happen again. And there’s another ghost in the house, a male ghost with a gun. Is anyone safe? With Mary’s Halloween/birthday party coming up, the danger intensifies, and not just for Mary and her family.

One of the recent reviews for Mr Murray’s Gun

It’s been a year since Mary returned from Scotland. She’s got a lot on her mind including starting 6th grade, dealing with her brother playing his rock music in the middle of the night, and the appearance of a mysterious gun. It can’t be Penelope, the evil witch who has tormented her for years… or has she somehow escaped her frozen existence? Mr. Murray shows up now and again, so Mrs. Murray promises to track him down. As Mary’s birthday party approaches, she’s determined to get rid of Penelope once and for all. She has a secret spell up her sleeve. Will Mary be successful in eliminating her forever or will Mr. Murray’s gun silence Mary for all eternity?

Mr. Murray’s Gun is an imaginative fantasy adventure. Don’t be fooled by the title because this book is so much more than a gun-toting ghost story. Mr. Murray’s Gun is about family, friendships, and fitting in at school. This is also about dealing with school bullies and being strong. It’s about seizing the magic within. There is a fair amount of bullying in Mr. Murray’s Gun and I found it distressing at times. I wish the author would tone down the bullying. It’s not needed to make a book appealing to kids and only magnifies the power bullies have. The plot moves at a good pace with plenty of mystery to keep the reader entertained. I especially enjoyed the horse scenes. I found the scenes dealing with Mary’s brother and his rock music quite amusing. If you’re a fan of Malfoy and his gang, you’ll love Mr. Murray’s Gun. If you love antagonists who can’t be stopped or killed, you’ll absolutely adore Mr. Murray’s Gun.

Other books in the series 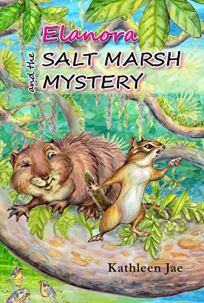 After a series of terrifying events, Elanora is transported to a strange neighborhood where the only way to get about is by water and the only food to eat is the grasses of the marsh. Her newfound guardians do their best to help her adapt, but the food is odd and unappetizing, and she feels isolated and alone. The colony of muskrats who live in the marsh refuse to accept the young chipmunk and ignore her each time they gather to eat at night. In her former home, Elanora spent most days exploring, but her guardians insist she sleep like the rest of the colony. After she learns about an enormous gray creature that swims in the deeper part of the marsh, Elanora sets off one day to find him. When the sea cow tells her about the marsh’s troubles, Elanora begins her investigation into the mysterious lowering of water levels and the suffering of the swimming creatures. Despite relentless attempts of intimidation from some younger members of the colony, Elanora, along with an elder, piece together clues that lead to a terrifying conclusion. Elanora and the Salt Marsh Mystery sheds light on two important topics: the impact of bullying and the consequences of the destruction of ecosystems. It’s a tale that explores the importance of diversity and celebrates one youngster’s fight to be heard.

Angela S.5.0 out of 5 stars Engaging and meaningful story Reviewed in the United States on June 8, 2021

My daughter is six so this book is above her reading level by a wide margin. I like to read books out loud to her that stretch her vocabulary and imagination, though, and chose this book for that purpose. I’m so glad I did. This book has been our favorite shared reading experience to date. Truly engaging and endearing characters (my daughter is an animal lover and had endless questions about the characters in this story), an entertaining plot, a unique backdrop for the story that taught both me and my daughter a great deal about the salt marshes of Florida, a totally enjoyable experience overall. Middle school me would have read this book in a marathon session and loved every minute of it. 48 year old me had to stretch it out over multiple bedtime reading sessions but still loved every minute of it, as did my daughter.

Also by Kathleen Jae for parents of children with autism

And finally today children’s author and poet Victoria Zigler with her poetry collection Pawfect Pet Poems and Born From the Stardust and other poems.

A short collection of poems of various lengths and styles, all with one thing in common: they were written for – or about – some of the various pets my hubby and I have had.

The poems in this collection are mainly about chinchillas and dogs, though other types of animals – in particular degus – sometimes make an appearance too. All poems are captioned with details of the pets they were written for or about.

Robbie Cheadle 5.0 out of 5 stars A charming book of poems about pets  Reviewed in the United States on July 17, 2021

This book comprises a short collection of charming poems about the poet’s furbabies. The poet is a great lover of animals and has a large variety of pets including Mollie the chinchilla who loves to watch TV, Lilie the Westie, who always wags her tail, Logan the Cavapoo, who does not like thunderstorms, Joshua the degu. People and children who enjoy pets and all their cute and funny habits, behaviours, and play activities will enjoy this book.

A small selection of other books by Victoria Zigler