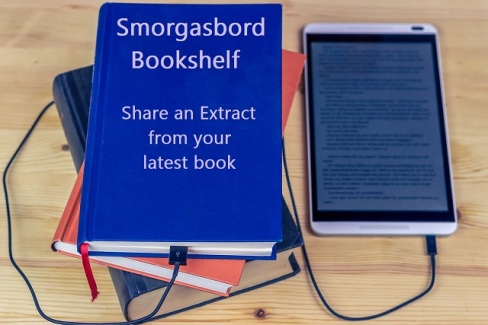 To give you an example of what the post will look like, here is a post from the previous series with an updated review and more recent releases

Today bestselling author of the Howarth Family Saga, Judith Barrow shares an extract from her compelling family drama The Memory. A book that I can highly recommend. 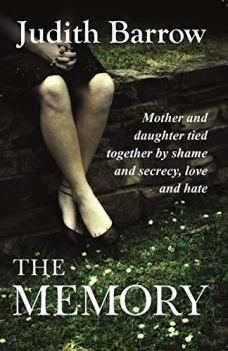 An extract from The Memory

The baby was in the old blue carrycot that had been mine and stored in the attic. I’d helped Dad to clean it up ages ago.

‘What’s she called?’ Mum didn’t answer. When I glanced at her she’d come out of the covers and was looking away from me, staring towards the window. Her fingers plucked at the cotton pillowcase. ‘Is she okay?’ I asked. The baby was so small; even though I could only see her head I could tell she was really little. I leaned over the carrycot. ‘Can I hold her?’

That frightened me. I studied my sister carefully; tiny flat nose between long eyes that sloped upwards at the outer corners. A small crooked mouth pursed as though she was a bit cross about something. I could see the tip of her tongue between her lips. ‘She doesn’t look poorly.’

I tilted my head one way and another, studying her from different angles. Nope, except for the little twist in her top lip, which was cute, she looked fine. ‘What’s she called?’ I asked again, watching her little face tighten and then relax as she yawned, then sighed.

Turning on her back, Mum slid down under the eiderdown. ‘Take it away,’ she mumbled.
At first I thought she was she talking about me. Had I done something to upset her or the baby? But then I thought perhaps having a baby made you cross so I decided to forgive her. In the silent moment that followed I heard the raucous cry of a crow as it landed, thump, on the flat roof of the kitchen outside the bedroom window.

‘What’s she called?’ I whispered to Dad, determined one of them would tell me. When there was still no reply I looked up at him and then back at my sister. ‘I’m going to call her Rose, ’cos that’s what her mouth looks like; a little rosebud, like my dolly’s.’

Dad gathered both handles of the carrycot and lifted it from the stand. ‘I’ll take her,’ he said and cocked his head at me to follow.

‘Do what you want.’ Mum’s voice was harsh. ‘I don’t want that thing near me.’

Then I knew she meant the baby; my baby sister. I was scared again. Something was happening I didn’t understand. But I knew it was wrong to call your baby ‘it’. It made me feel sick inside.

Mum held her hand above the covers. ‘Irene, you can stay. Tell me what you’ve been doing in school today.’ She pointed to the hairbrush on the dressing table, pushing herself up in the bed. ‘Fetch the brush; I’ll do your hair.’

The words were familiar; it was something she said every day. But her voice was different. It was as though she was trying to persuade me to do it. Like in school when one of your friends had fallen out with another girl and she was trying to get you on her side.’ It didn’t seem right; it didn’t seem like the mum I knew.

‘No, I’ll go with Dad.’ Suddenly I couldn’t bear to be anywhere near my mother. I held the end of the carrycot, willing Rose to wake up. And then she opened her eyes. And, even though I know now it would have been impossible, I would have sworn at that moment she looked right at me and her little mouth puckered into a smile.

That was the first time I understood you could fall in love with a stranger, even though that stranger is a baby who can’t yet talk.

And that you could hate somebody even though you were supposed to love them.

Amazon Customer 5.0 out of 5 stars Powerful, stunning, deeply moving  Reviewed in the United Kingdom on 19 September 2021

Having read The Heartstone by the same author, I was looking forward to reading another of her novels. Wow, I was captured from the very start. With a perfectly pitched dual timeline, the story is told with such intensity of emotion that I felt every frustration and twist and turn as the heroine battles with her own feelings of bewilderment and exhaustion. As someone who nursed a parent with dementia, her understanding of the mental stress is superb, and yet Irene has far more to occupy her mind than that – notably the memory of something appalling she witnessed many years earlier and has dogged her ever since. The unexpected revelation at the end of the book is sheer genius, and although the story is very dark, the love of the ever faithful Sam and the uplifting ending make it a triumph. Absolutely compelling read. Mind-blowing. 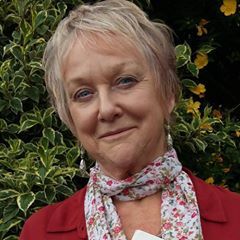 Judith Barrow,originally from Saddleworth, a group of villages on the edge of the Pennines,has lived in Pembrokeshire, Wales, for over forty years.

She has an MA in Creative Writing with the University of Wales Trinity St David’s College, Carmarthen. BA (Hons) in Literature with the Open University, a Diploma in Drama from Swansea University. She is a Creative Writing tutor for Pembrokeshire County Council and holds private one to one workshops on all genres.

Thanks for dropping in and I hope you will leave with a book or two of Judith’s but will also share an extract from your most recent book with us. Sally.

66 thoughts on “Smorgasbord Bookshelf 2022- #Free #Bookmarketing – Share an Extract from your latest book.”