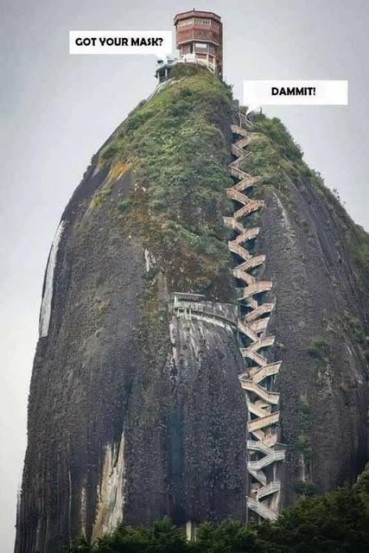 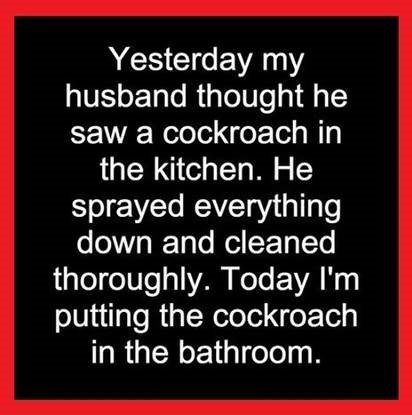 My thanks to Debby and Marilyn for sharing these with us.

Now for some funnies from Sally….

Watch out for ducks.

Three women die together in an accident and go to heaven. When they get there, St. Peter says, ‘We only have one rule here in heaven. Don’t step on the ducks!’

So they enter heaven, and sure enough, there are ducks all over the place. It is almost impossible not to step on a duck, and, although they try their best to avoid them, the first woman accidentally steps on one.

Along comes St. Peter with the ugliest man she ever saw. St Peter chains them together and says, ‘Your punishment for stepping on a duck is to spend eternity chained to this ugly man!’

The next day, the second woman steps accidentally on a duck and along comes St. Peter, who doesn’t miss a thing. With him is another extremely ugly man. He chains them together with the same admonishment as for the first woman.

The third woman has observed all this and, not wanting to be chained for all eternity to an ugly man, is very, VERY careful where she steps. She manages to go months without stepping on any ducks, but one day St. Peter comes up to her with the most handsome man she has ever laid eyes on. Very tall with long eyelashes and very muscular.

St Peter chains them together without saying a word.

The happy woman says, ‘I wonder what I did to deserve being chained to you for all of eternity?’

The guy says, ‘I don’t know about you, but I stepped on a duck.

My buddy, Marv, was a single guy living at home with his father and working in the family business. He knew he would inherit a fortune once his sickly father died.

Marv wanted two things: to learn how to invest his inheritance and to find a wife to share his fortune.

One evening at an investment meeting, he spotted the most beautiful woman he had ever seen. Her natural beauty took his breath away.

“I may look like just an ordinary man,” he said to her, “but in just a few years, my father will die, and I’ll inherit 20 million dollars.”

Impressed, the woman obtained his business card. Two weeks later, she became his stepmother. Women are so much better at estate planning than men.