Welcome to this month’s edition of the Travel Column. Today I’m going to talk about San Juan, Puerto Rico. Puerto Rico (Spanish for ‘rich port’), is an unincorporated territory of the United States, although it currently resembles a country that stands alone.

The island is also affectionately dubbed, ‘La isla del encanto’ – the island of enchantment. Founded by Spanish colonists, Puerto Rico is also considered a Caribbean island located approximately 1000 miles southeast of Miami, Florida and just east of the Dominican Republic. It is also one of the smallest islands in the Greater Antilles being only 100 miles long and 35 miles wide. Puerto Rico is home to almost three and a half million people. The language spoken is predominantly Spanish and the capital city is San Juan.

Puerto Ricans have been considered American since 1917, although it is not recognized as a state, nor do Puerto Ricans have a voice in congress or get to vote in American elections. Puerto Rico’s political status has always been a bone of contention and an ongoing matter of significant debate.

The island was named ‘Porto Rico’ by the U.S. after the Treaty of Paris, signed by Spain and the U.S., ending the Spanish/American war. And its name was changed back to Puerto Rico in 1931 giving it the official name – the Commonwealth of Puerto Rico. 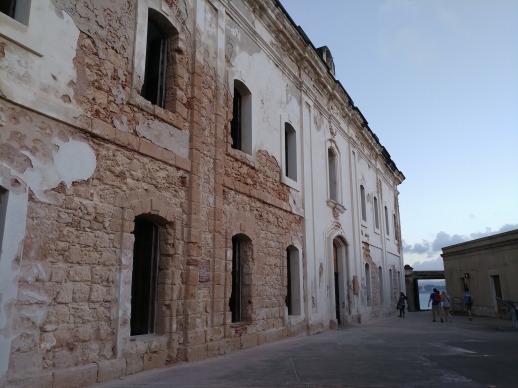 One of the many remaining fortress walls still standing.

A bit of History

Puerto Rico was colonized by Spain after the arrival of Christopher Columbus circa 1493 and became populated by the Taino people, an indigenous people who became the main inhabitants of the island as they did in various other Caribbean islands. This island endured several other takeovers and wars through the years until 1898 when poet, journalist, and politician – Luis Munoz Rivera among others, tried to persuade the Spanish government to grant Puerto Rico as a self-governing island, ultimately organized as an overseas province of Spain as of July 17, 1898. This turned out to be short-lived as the United States was determined to take over the island and finally did so by invading on July 25, a mere week after Puerto Rico acquired autonomy, during the Spanish/American war.

In 1914 the Puerto Rican House of Delegates voted unanimously to separate from the U.S., but this was never to be. In 1917 the U.S. passed the Jones Act, which deemed all Puerto Ricans born on or after April 25th 1898, a U.S. citizen. This prompted the natives to believe citizenship was granted in order to enlist more soldiers for their war. 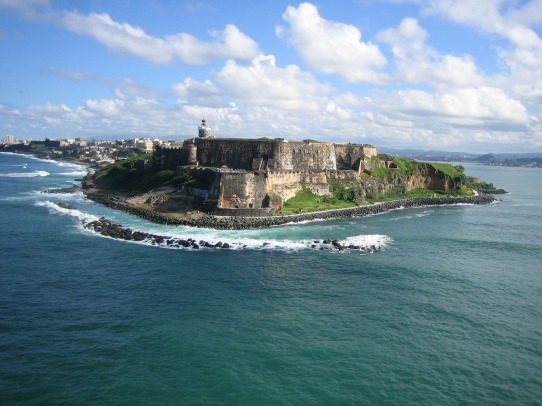 Since 2009, Puerto Rico and U.S. have had many sorted issues and referendums with Puerto Rico wanting to become a fully recognized state of the U.S. Ultimately, in June of 2016 the Supreme court ruled that Puerto Rico is a territory and lacks sovereignty, and although on Obama’s watch and him promising to deliver a clear decision on them becoming a state, it never happened.

We’d have to have been sleeping under a rock if we aren’t aware that the island of Puerto Rico was ravaged by two hurricanes, Irma and Maria on September 6th of 2017. Irma hit first as a category 5 hurricane, recorded as the most powerful hurricane to ever hit the island, devastating much of the north east of the island where San Juan is situated, causing catastrophic damage. The island’s electrical grid was mostly destroyed causing the biggest power outage in the history of the U.S. Maria hit shortly afterward, completely knocking out what was left of the power grid and killing approximately 3000 citizens, mostly from the aftermath of having no power for food preservation and medical attention.

Recovery efforts were and still are slow and had some 200,000 residents moving to the mainland state of Florida. As of January 2018, 40% of Puerto Rico was still without power. Total damage estimated to the island was 95 billion dollars. A November 2017 report by the Sierra Club stated: “It will take years to rebuild Puerto Rico, not just from the worst hurricane to make landfall since 1932, but to sustainably overcome environmental injustices which made Maria’s devastation even more catastrophic.” In May 2017 the defensive council of natural resources claimed Puerto Rico’s water system is the worst as measured by the Clean Water Act, leaving 70% of the population who drank/drink water that violates U.S. law.

The climate of Puerto Rico is considered – tropical rain forest. Temperatures range from mid to high 80s all year long with a rainy season which stretches from April through November, and a total of approximately 196 rainy days per year.

Puerto Rico is rich in culture. Their art scene is packed with history with their Museum of Art hosting classical pieces dating back as far at the 17th century as well as galleries and street murals which timelessly represent the island’s culture and history.

Music and dancing are part of the island’s culture with traditional salsa to its traditional African roots music – bomba y plena, their music will have you dancing the nights away.
Festivals are a weekly thing with Puerto Ricans offering live bands, parades and amusement park rides. Every festival relates to one of their many traditions. Most festivals are held in San Juan, but many other smaller towns participate and are said to be worthy of traveling to, to experience their culture.

Visit art fairs, workshops, theatrical performances and more between May 3rd to 5th as La Campechada festival brings together these performers and musicians with intent to educate the public about their Puerto Rican culture.

June 23rd in San Juan, take part in the Noche de San Juan where locals celebrate the nativity of Saint John the Baptist. Take part in the annual tradition where hundreds of people line the beaches partying till midnight and then jumping backwards into the ocean 7 times to ensure good luck.

There are many more traditions held on this island where you will find celebrations at least once a month, and many more at Christmas time.

Old San Juan is a must see with its cobblestone streets and unique architecture, spanning 500 years of history. Trolleys are free and you can also book guided tours to learn more about local cuisine and historical background. Besides being noted for being one of the best preserved Spanish colonial cities, San Juan has many historic landmarks, museums, galleries, many are free of charge to enter. It also hosts two famous forts built during the 16th century.

Visit El Yungue Rainforest – the only rainforest part of the U.S. National Forest System where you will find waterfalls, rivers and over 200 species of birds. As this rainforest is approximately an hour drive from San Juan, you can choose to get there by car, horseback or ziplining!

Pinones, Loiza is minutes away from San Juan where you’ll encounter an Afro-Caribbean neighborhood complete with authentic street food and a nearby beach to take a dip in between exploring.

How about spelunking, rock climbing and rafting? Discover the caves of Puerto Rico and discover indigenous hieroglyphs. Cueva Ventana (Window Cave), located in Arecibo, approximately an hour away from San Juan, is one of the most notable caves in Puerto Rico, which isn’t an underground cave but overlooks the Rio Grande de Arecibo valley, creating a window frame-like opening on a mountain overlooking the river below. 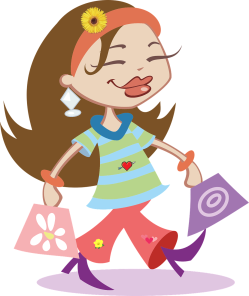 San Juan offers lots of duty-free shopping close-by to the cruise ship port as well as many other quaint boutiques worth visiting scattered around Old San Juan. Besides current trends in clothing and jewelry also offered at the ports there is a huge outlet mall for some of the big designer names we’ve all come to know. They also have a massive Marshall’s store, similar to the brand Winners and TJ Max. And along strolling around you will find various souvenirs, local arts and crafts, panama hats, local hot sauces, spices, handmade jewelry and more! 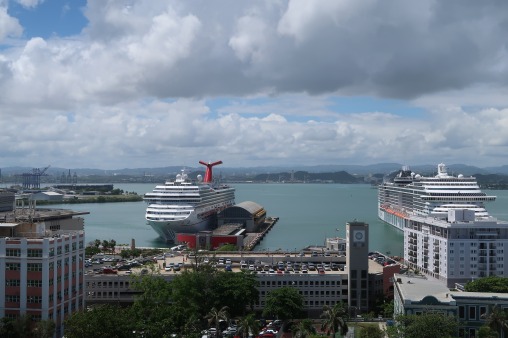 Puerto Rico boasts almost 300 beaches! The island attracts many avid water sport lovers. El Escambron in San Juan is one of the most picturesque beaches in San Juan where you can stroll the beach, snorkel and swim. A few more notable beaches around Puerto Rico you can read more about HERE

On a personal note, I have always been fascinated with Puerto Rico but have yet to get there. This past winter we had previously booked a cruise which had a stop in San Juan that we sadly had to cancel. But I fully intend on visiting that island one day.

Have any of you ever been to Puerto Rico?

Please let us know if you have experiences of visting Puerto Rico that you would like to share, and as always a huge thank you to Debby for sharing her own travel expertise.

Debby Gies is a Canadian nonfiction/memoir author who writes under the pen name of D.G. Kaye. She was born, raised, and resides in Toronto, Canada. Kaye writes about her life experiences, matters of the heart and women’s issues.

D.G. writes to inspire others. Her writing encompasses stories taken from events she encountered in her own life, and she shares the lessons taken from them. Her sunny outlook on life developed from learning to overcome challenges in her life, and finding the upside from those situations, while practicing gratitude for all the positives.

When Kaye isn’t writing intimate memoirs, she brings her natural sense of humor into her other works. She loves to laugh and self- medicate with a daily dose of humor.

“I love to tell stories that have lessons in them, and hope to empower others by sharing my own experiences. I write raw and honest about my own experiences, hoping through my writing, that others can relate and find that there is always a choice to move from a negative space, and look for the positive.”

“For every kindness, there should be kindness in return. Wouldn’t that just make the world right?”

One of the reviews for Have Bags Will Travel

marjorie mallon5.0 out of 5 stars A fun travel/shopping memoir which will have you laughing Reviewed in the United Kingdom on 21 February 2021

This is such a hoot, what a laugh!

Have Bags Will Travel is such an entertaining read which gives you an insight into D G Kaye’s character, her shopping obsession, packing troubles, germaphobia, and brushes with airport security. Enjoy her recollections on the glamour and glitz, her love to travel and a nostalgic aspect to it all.

Her friend Zan shares her shopaholic tendencies too. The two of them together… can you imagine? A red head, blonde explosion of zaniness! I love the part when they end up at Buckingham Palace and chat to a Beefeater, the royal guard and after which… it gets funnier by the moment.

Have Bags Will Travel gives a historical account of how much easier it used to be to take overstuffed baggage through airports in the good old days. Now, it seems that D G Kaye will resort to anything to get her shopping home.

Zan and D G Kaye also travel to Paris and end up shopping for shoes!

There are manmade toboggan rides in Muskoka, Canada.

Trips to Venezuela: Margarita Island and Caracas with cousin Eileen.

Las Vegas, Then and Now – gambling/casinos, fond memories of the author’s love of the desert.

Have Bags Will Travel is just what we need right now, a good giggle! There is also a section at the back of the book with Helpful Travel tips.

A short, entertaining read. Highly recommended, especially for the shopoholics and travel enthusiasts in your life!