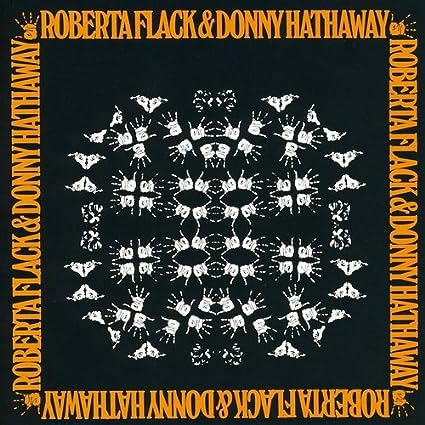 Following on from her success with The First Time Ever I Saw Your Face in 1973 Roberta Flack also celebrated that year with her second No 1 hit with Killing Me Softly With His Song.

The song, originally performed by Lori Liebermann in 1972 was written by Charles Fox, a composer who worked mainly in television and film. The lyrics were written by Norman Gimbel a veteran in the music industry whose English lyrics to the Brazilian hit The Girl From Ipanema made the song a global success.

Roberta’s version of Killing Me Softly was awarded Record of the Year and Best Pop Vocal Performance, Female artist at the 1974 Grammy Awards and her album that featured it was her biggest selling record earning Double Platinum Certification in the same year.

That year Huckleberry Finn the film was released and Roberta Flack sang the lead on the opening and closing track Freedom written by brothers Robert and Richard Sherman.

1975 saw the release of the album Feel Like Makin’ Love which Roberta Flack produced despite the misgivings of Atlantic Records. Collaborating with musicians including Bob James and Patti Austen she brought an edgier jazz element to the tracks. It would become her third No 1 album. Here is Roberta performing Feel Like Makin’ Love from a later live album Roberta Flack in Concert. The song was written by singer/songwriter Gene McDaniels

During the 80s and following the sad loss of Donny Hathaway in 1979 Roberta Flack would perform with two other artists and their collaboration would help her stay in the charts throughout the decade.

Peabo Bryson (Robert Peapo Bryson) is an R&B and Soul singer-songwriter who is known for his ballads particularly performed with female singers such as Roberta Flack. He has contributed to several Disney animated feature soundtracks and his solo hits include If Ever You’re In My Arms which was a Top 10 pop single in 1984 and Can You Stop The Rain in 1985. He went on to win a Grammy in 1992 for his performance of the song Beauty And The Beast with Celine Dion and again in 1993 for A Whole New World from Aladdin.

In 1983 he recorded the album Born to Love with Roberta Flack that featured Tonight I Celebrate My Love For You. RHINO

Another successful collaboration was with Maxi Priest the British reggae vocalist. He is recognised as one of the most successful Reggae Fusion artists combining his musical roots with an R&B influence. His first major release was Maxi Priest in 1988 and his cover of Cat Steven’s Wild World helped establish his success. His duet with Roberta Flack Set the Night To Music reached the American Top Ten in 1991. The song written by Diane Warren, was originally recorded by the American group Starship on their 1987 Album No Protection. The song was the title track for Roberta Flack’s 1991 album released by Atlantic.

In 1988 Roberta released her album Oasis which featured And So It Goes which was co-written by poet Maya Angelou. Maya had enjoyed a brief musical career in the 50s and had released an album of calypso music in 1957. She then spent the next 30 years focusing on her successful writing career. In a tribute to Maya Angelou after she died in 2014 Roberta Flack said this about her close friend in a statement to TIME.

“Thank you for your wisdom, for your unfailing strength, your courage and your honesty which have moved people around this world to a better place. We all have been inspired by you to not give up when we otherwise might have.”

And So It Goes was composed by Barry Miles with Maya Angelou and Roberta Flack.Roberta Flack

Next week in the final part of this series we will bring you bang up to date with some of Roberta’s more recent live performances. You will find her tour dates in the link below and if you are lucky enough to live close by I hope you will book your tickets to this amazing artist’s shows.

Please join us next time for the last part in the Roberta Flack story with her more current work.