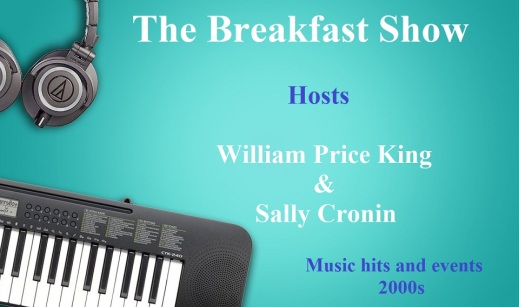 Here is my first selection of top 2005 hits which I hope you will enjoy.

Mariah Carey – We belong together

“We belong together” was written by Carey, Jermaine Dupri, Manuel Seal, and Johntá Austin. The song broke chart records in the US, staying at #1 for 14 non-consecutive weeks, and joined four other songs in a tie as the third longest running #1 song in US chart history. Billboard listed it as the “Song of the Decade” and the eleventh most popular song of all time. Internationally the song topped the charts in Europe and the UK. “We Belong Together” was nominated for Song of the Year and Record of the Year, and won “Best R&B Song and Best Female R&B Vocal Performance. The song was named “Song of the Year” at the ASCAP Awards and “Song of the Year,” “Most Performed Song” and “Number-one Billboard Song” at the BMI Awards.

“Boulevard of broken dreams,” from the album “American Idiot,” was composed by lead singer Billie Joe Armstrong and the band. It peaked at #2 on the Billboard Hot 100 and #5 on the UK Singles chart. “Boulevard of Broken Dreams” is the only song to win both the Grammy Award for Record of the Year and the MTV Video Music Award for Video of the year. It also won Best Group Video, Best Rock Video, Best Direction, Best Editing, and Best Cinematography. The song was ranked #1 on Rolling Stone’s Reader’s Choice: Singles of the Decade list in 2009 and #65 on the 100 Best Songs of the Decade list in the same year. In response to Hurricane Katrina and the popularity of “Boulevard of Broken Dreams,” Green Day donated all of the iTunes proceeds from this song for the year to the American Red Cross for Katrina aid efforts.

Now time for my first picks from 2005 and I hope you will enjoy my selection.

“You’re Beautiful” is a song by English singer-songwriter James Blunt. It was written by Blunt, Sacha Skarbek and Amanda Ghost for Blunt’s debut album, Back to Bedlam (2004). It was released as the second single from the album in 2005. In the United Kingdom and Australia, the song reached number one and number two respectively. When released as the debut single from Back to Bedlam in Canada and the United States, it reached number one on both charts and received widespread airplay. James Blunt

Westlife – You Raise Me Up

“You Raise Me Up” is a song originally composed by the Norwegian-Irish duo Secret Garden. The music was written by Secret Garden’s Rolf Løvland, and the lyrics by Brendan Graham. It has been covered by many artists.

The song was released as the lead single from Westlife’s sixth studio album Face to Face. This version is one of the most successful covers of the song, peaking at No. 1 on the UK Singles Chart, the only version to do so. This was the band’s 13th number-one single as well as the first single to be released following Brian McFadden departure from the group. Westlife

Additional sources: On This Day – Music – Hits of the 2000s: Playback FM – Wikipedia

Next week 2005 Part Two – We hope you will tune in.. as always we love to hear from you.. thanks William and Sally.