Delighted to share my review for the fantasy and magical Song of the Sea Goddess by Chris Hall.

Sam thinks his problems are over when finds his fishing bucket filled with gold coins. There’s a problem though. The gold burns the fingers of anyone who touches it. His unlikely find coincides with the appearance of a mythical sea creature on the headland overlooking the town and the resumption of quarrying up in the mountains that is poisoning the streams and contaminating the town’s water supply.Determined to keep his coins hidden, Sam goes up-river to bury them. There he encounters a beguiling young woman called Shasa, who lives by one of the tainted springs and just happens to have a fish’s tail.

As the blasting continues, the discovery of a series of recently-made drawings in the cave under the headland, reveals a terrifying prophesy that will result in the earth spilling apart.

Fearing for Shasa’s safety, Sam sets out find her again, only to meet the danger head on, as nature takes its revenge for the damage being wrought by humankind.Will Sam and Shasa survive?

Set in a fictional location on the West Coast of South Africa, this moving story blends the charm of small town life with the threat of ecological disaster at the hands of a powerful force beyond human understanding.

My review for Song of the Sea Goddess October 6th 2022

A wonderful magical tale that is a fusion of ancient myths and the modern world.

The author has created a world where both these elements can exist together embodied in the delightful characters who share their story with us. They each are on their own paths with differing ambitions and hopes for the future and some escaping the scars of the past.

Despite this sleepy fishing village appearing to be a haven for those who find themselves living there, it becomes the epicentre for an act of revenge from the depths of the sea in response to the greed and destruction of man. The environment is under attack as are those mythical beings who live in within its shadows.

Where has the golden treasure tainted by dark magic come from? As those who touch it will discover, its hold on humans and creatures who cross its path is compelling and addictive, resulting in actions that become increasingly dangerous as the story races to the explosive climax.

The Sea Goddess is on a mission to restore the natural order of the land, and to retrieve the coins that do not belong in the earthly realm. She is also prepared to take drastic action to right the devastating impact of this assault on the land before it is too late, putting the lives of Sam, the mystical Sasha, the Professor, Jannie and Dawid at great risk as they seek to solve the mysteries unfolding around them.

There some lovely humour threading its way through the story as we meet the other inhabitants of the village. I loved the two aunties Rose and Grace with their homespun wisdom and approach to life. The colourful Albertina who captures the heart of all she enounters as she attempts to fulfil her ambitions in life. The myterious and gentle Abdu who has a secret that will astonish all who know him and the little monkey Toti who will play a pivatol role in the adventure as it unfolds.

A wonderful fantasy adventure that I can highly recommend and I am looking forward to reading Spirit of the Shell Man soon.

Head over to read the reviews and buy the book: Amazon US – And: Amazon UK – 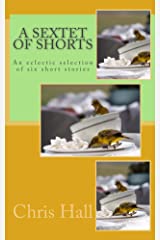 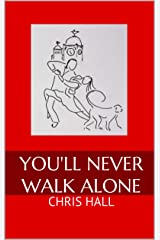 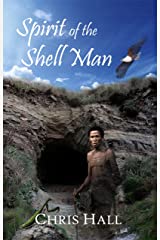 Chris describes herself as a compulsive story-teller, cat slave and hen keeper. Originally from the UK, she now resides in the Western Cape of South Africa.

Her most recent novels, ‘Song of the Sea Goddess’ and it’s sequel, ‘Spirit of the Shell Man’ were inspired by the charm and beauty of her adopted country where, in Chris’s vivid imagination, myth and reality collide on the southern shores of Africa.

‘Song of the Sea Goddess’ and ‘Following the Green Rabbit’ are also available as audiobooks.

A selection of her poetry is included in ‘Creation and the Cosmos – a poetic anthology’, published by Raw Earth Ink in 2021.

She has also published a tiny taster of her work in a short story collection, ‘A Sextet of Shorts’.

More of her short fiction has appeared in ‘Adler’s Writing’ and ‘One Minute Wit’. Her work also appears in the ‘Writing My City’ anthology, published in Cape Town in 2019.

Thanks for dropping in today and I hope you will be leaving with some books.  Sally