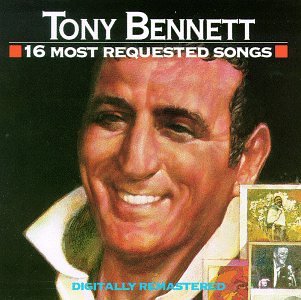 Last week we left Tony Bennett at the end of the 1950s enjoying a great career and working with some of the best in the business. However, the music industry in the 1960s was evolving and Pop, Rock and Country were making their presence felt in the charts. Jazz would never go out of fashion but the new generation of fans were being entertained with the magic of television and a wider choice of music radio stations. Tough competition for all the major and established artists, and in particularly those who were approaching their 40s.

Tony Bennett believed in quality; not only for his recorded material that was released but in his live performances. In 1962, with a great deal of publicity and promotion, Tony took to the stage at Carnegie Hall. Previously he had often performed seven shows a day beginning at 10.30 in the morning until late into the night. But this concert was a mammoth undertaking, featuring 44 songs including his many hits and fan favourites such as I’ve Got The World On A String. Apart from the energy and stamina needed to perform that many songs to Tony’s exacting standards, he must have been grateful for the Bel Canto technique that he had mastered as a young singer. I covered this technique in the first post in the series and you can read more about it here Tony Bennett Part One 2022

I’ve Got The World On A String was written in 1932 by Harold Arlen and Ted Koehler and had previously been recorded by Bing Crosby and Frank Sinatra. Uploaded by swan2612

The concert at Carnegie Hall was a huge success and reinforced his place in the hearts of his fans both at home and internationally. Tony had already been on television in the 50s which had enabled him to reach a much wider audience, and in 1962 he was asked to sing on the initial broadcast of The Tonight Show with Johnny Carson.

For most of us who are Tony Bennett fans, the song I Left My Heart In San Francisco is probably the one that will always be associated with his particular vocal style and performance. He released it in 1962 and it would spend a year in different charts and reached number 19 on the Billboard Hot 100 providing Tony with plenty of exposure. The album of the same title however, did even better reaching the top 5 in the charts and going gold. The title track won a Grammy for Record of the Year and Best Male Solo Vocal Performance and became Tony Bennett’s signature song. Eventually it would rank 23rd in the world as the most historically significant songs of the 20th century.

I Left My Heart in San Francisco was written by George Cory and Douglass Cross in 1953 and eventually acquired by Ralph Sharon who was Tony’s accompanist and happened to be friends with the composers. Ironically the song was released at the B-side of Once Upon A Time but the radio DJs began flipping the record over to play!

In 1963 Tony released the album I Wanna Be Around which also reached the top five of the charts and both the title track and The Good Life reached the top 20 of the pop singles chart. However 1964 brought what is known as the British Invasion which included The Beatles, reinforcing the movement towards more rock in the charts.

Tony Bennett was faced with the challenge of maintaining a pop and jazz presence in the changing music scene. He released a number of albums in the next following two years including The Many Moods Of Tony, When The Lights Are Low, Who Can I Turn To in 1964, If I Ruled The World: Songs For The Jet Set in 1965 and The Movie Song Album and A Time For Love in 1966. The Movie Song Album did reasonably well at number 18 in the charts in the US, but the other albums did not perform as well.

His did have a top-40 single in 1965 with If I Ruled The World which reached number 34. Tony decided to expand his popularity into acting and featured in The Oscar in 1966 which was an experience that he neither enjoyed nor repeated. In 1965 along with many artists, Tony participated in the ‘Selma to Montgomery Marches and as a firm believer in the American Civil Rights Movement, he refused to perform in South Africa.

The 60s were to be professionally and personally difficult time for Tony Bennett. His successful collaboration with Ralph Sharon ended in 1965 as did his first marriage to Patricia. I don’t tend to focus on the personal lives of the musical artists that we feature, but I think it is important to acknowledge that the frequent and extended road trips that a performer makes to stay in the public eye, and the distractions that accompany that; put a strain on the strongest of relationships.

Musically there was a rush by the recording companies with artists such as Tony Bennett, Barbra Streisand and others who were more pop and jazz performers to integrate themselves with the new rock culture. This resulted in some ill-conceived projects that rarely did the performers any favours, including the album Tony Sings The Great Hits of Today in 1970. The experience was not a happy one for Tony and eventually resulted in a parting of the ways from Columbia Records in 1972 and a new chapter in Tony Bennett’s career and personal life.

Despite the disappointment of the later 1960s, I thought it would be a good idea to remind us all of what Tony Bennett fans think about his music. After all, at the end of the day, they are the ones who buy the records. 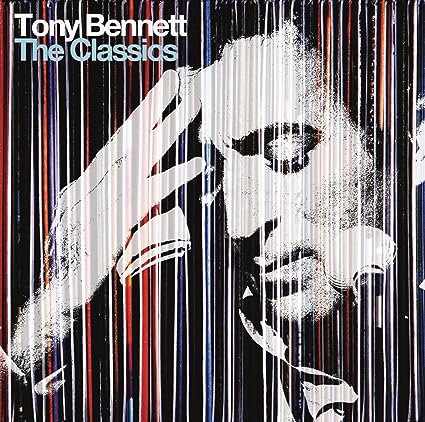 A Timeless Classic!! By Beverly Praiswater on December 18, 2006

Tony Bennett’s music transcends all generations. This album is full of his finest classics from the 60’s.

The opening cut is the title song “I Left My Heart In San Francisco”. Nobody could match this version of this song. “Once Upon A Time” is heartfelt and full of pathos. “Tender Is The Night” is a glorious ballad with a haunting finale. Tony pulls out all of the stops as he builds the jazzy “Love For Sale”. “Taking A Chance On Love” is upbeat with a rousing classic “Tony” vocal. The finale “The Best Is Yet To Come” is a tour de force celebration!

This album became a Gold Record (there was no platinum in those days) and was on the best seller charts for 2-1/2 years! Need I say more?

Sometimes your parents did know best By Patricia Beninato VINE VOICE on April 8, 2000

As I’m only 33, a lot of people laugh when they see this CD in my collection (particularly among the Def Leppard and Live CD’s!). My mother adored Tony Bennett, and his greatest hits collection was a perennial feature in the car and home 8-track players. I’ve always loved this record–Tony had (and still does have) an incredible voice, and the songs featured here are the crème de la crème of pop songwriting in the 40’s and 50’s, including the immortal “I Left My Heart In San Francisco” and my two personal favorites, “Rags To Riches” and “Just In Time”. Of course, having to be “cool” as a teenager I denied Tony for many years. So laugh away if you want, kids–this album rocks in the truest sense of the word! Long live Tony Bennett!

For a last performance from the 1960s here is The Good Life. Originally La Belle Vie and written and released by French singer Sacha Distel in 1962, it would become better known following the recording by Tony Bennett in 1963; reaching No 18 in the US Pop singles charts and No 27 in the UK charts. Uploaded by justinpow

Next week The 70s and 80s – the rollercoaster years for Tony Bennett.