The topics have ranged from travel, childhood, recipes, history, family and the most recent series was #PotLuck where I shared a random selection of different topics.

This series is along the same lines and is a celebration of Christmas and New Year.

I do appreciate that this is not a religious festival for everyone but it is a time of year when families and friends come together and our thoughts turn to our hopes and wishes for the coming year. At the end of the post you can find out how to participate in this festive series.

Today author Joy Neal Kidney shares a Christmas that was tinged with sadness at the absence of sons away fighting in the second world war, with great concern over their safety.

Son Dale was missing in action. But surely he’s with his buddies, the four or five others who were on the plane. They’ll stay together, his mother thought, maybe making their way through New Guinea’s jungles.

As Christmas approached Leora Wilson kept writing her middle son, so there’d be letters waiting for him when he got back to his base. So he’d know they’d been thinking about him the whole time, praying for his safety.

December 20 was a beautiful day in Dallas County, Iowa. “I did a big washing as this is Monday. Dad has a big load of oats and corn ready to grind when the grinder comes. . . . We are so anxious to get word from you that you are OK.”

All five sons were in the service–Navy boys Delbert and Donald were both married and living on the east coast. Dale, Danny, and Junior in the Army Air Force. Training sent them to different bases about every other month. Danny was in Basic Training at Tuscon, Arizona. Junior was at A&M University, Stillwater, Oklahoma for College Detachment training. “Oklahoma A. & M.–the A. & M. stand for Agricultural and Mechanical,” he wrote home. We passed some hog pens the other day and the guys held their noses. I just laughed and said, ‘It reminds me of home.’ HA.”

Service flag in the Minburn farmhouse. Five blue stars for five sons in the service.

They’d decided not to tell the Danny and Junior that Dale was missing so the news wouldn’t upset their studies.

But their older sister Doris’s November 16 V-mail letter, the one telling Dale that she was expecting a baby, was returned to her in Texas, stamped “Missing.” She quickly wrote Junior and Danny, letting them know the awful news, rather than have one of their letters returned.

Darlene–Dale’s twin–was the only one of the Wilson’s seven children still in Iowa.

On Christmas day their parents were alone on the Minburn, Iowa, farm. Leora wrote letters, including another one to Dale.

“Dad and I listened to a world broadcast last night.” All four major radio networks broadcast a 90-minute show, including music by Bing Crosby, messages from President Roosevelt, and even from soldiers stationed in faraway places. “New Guinea was one place they broadcast from. Sure would have liked to hear your voice.”

“Doesn’t seem like it is Christmas with you boys and girls away–and no snow on the ground. We know it didn’t seem like Christmas to you either, but be of good cheer, as every one all over the world expects to be home for next Christmas. We sure pray to God it will be so. . . . We are so anxious to hear from you that you are all right. Love and Best of Luck. God Bless you, Mom and Dad.”

That evening, Darlene, Sam, and one-year-old Richard drove over from their farm near Earlham and stayed over Sunday. “Richard does a lot of jabbering now,” Leora wrote, “just like he was telling something so funny and then laughs–he had us laughing, too. Sam made him a little chair and Darlene painted it red. He looks cute sitting on it, when he sits. He doesn’t sit very long–a busy little boy.” Richard was their entertainment.

Junior had gotten a package from home. “I’m telling you, the figs and nuts really tasted good–although they were devoured in about 15 minutes! It reminded me of the good old times when we went to Perry and invaded the Thriftway store. No doubt that’s where you got them.” The Wilson family regularly traded in the nearby town of Perry.
Oct24

Junior left for the AAF in late 1943. Clabe Wilson is holding Richard Scar, Junior (Donald teased him about being off one button), Leora (with Dale’s pilot’s wings), Darlene (Wilson) Scar.

He’d also gotten Doris’s letter about Dale. “It gave me a damn sickish feeling in the stomach and throat. Of course he will be found. New Guinea is a big place and has a heavy jungle, so he will be found. I don’t want you to worry any, although I know damn well you will. Keep busy and chins up.”

Leora sent Darlene a postcard. “Got a good letter today from Junior. He got the letter from Doris Christmas Day. He said the news of Dale made him feel sickish down in his stomach and throat. We know how he felt. But he says Dale will be safe–will take time and for us not to worry, although he said he knew we would, but keep busy and chins up. . . . You take care of yourselves and don’t worry so much. You have Richard to cheer you up. Write and come when you can.”

She wrote Dale again, hoping he was all right wherever he was, and reminded him that they were so anxious to get word that he’s safe. “This war may be over before another Christmas. We pray to God it is, so we can settle down in peace over the world–a war weary world. . . . Love and Best of Luck to you always, Dale, and God Bless you–from Mom and Dad”

Minburn Youth Had Been Serving As Bomber Pilot

An Associated press dispatch today from Washington, D.C., reported that the war department had listed second Lieut. Dale R. Wilson of Minburn as missing in action in the southwest Pacific.

Mr. and Mrs. C.D. Wilson, who live on a farm southwest of Minburn, had been notified by the war department earlier this month but the public announcement was not made until today.

A letter from the war department said the family would be kept informed of developments and both Mr. and Mrs. Wilson have hopes that their son is safe. Quite a number of times, men are reported missing and then turn up safe and sound after a few weeks.

Lieut. Wilson, 22 years old, was trained as an army bomber pilot and received his wings and commission at Roswell, N.M.

Mr. and Mrs. Wilson have four other sons in the service. They are Delbert, 28, first class electrical machinist’s mate and stationed with the navy at Washington, D.C.; Donald, 27, chief electrician’s mate, also with the navy in Washington; Daniel, 20, in the army air training at Tucson, Ariz.; and Junior, 18, in army air corps college training at Stillwater, Okla.

Christmas of 1943 was filled with uncertainty for all of the Wilson family.

My thanks to Joy for sharing this poignant true story of a Christmas when millions of families faced the loss of their sons and daughters in a conflict far from home.

I just finished this wonderful book! I feel like I have been transported back to a time when life, although much harder in most ways I suppose, was simple, nothing like the frantic, hectic schedules most of us attempt to keep now. The common thread that is woven though the chapters of this book, as well as the other two books this author has written, is how much this family LOVED each other, and spending time together in good times as well as the many sad and very difficult times was the most important thing in their lives. If you enjoy the “Little House On The Prairie” series you will enjoy this book! Joy takes you through the days and years of the lives of her extended family, especially her beloved Grandmother Leora whom the stories are centered around. An ordinary family, who loved much, struggled, and suffered losses most of us will never realize. Thank you Joy Neal Kidney for being the keeper of your families stories and sharing them with us! 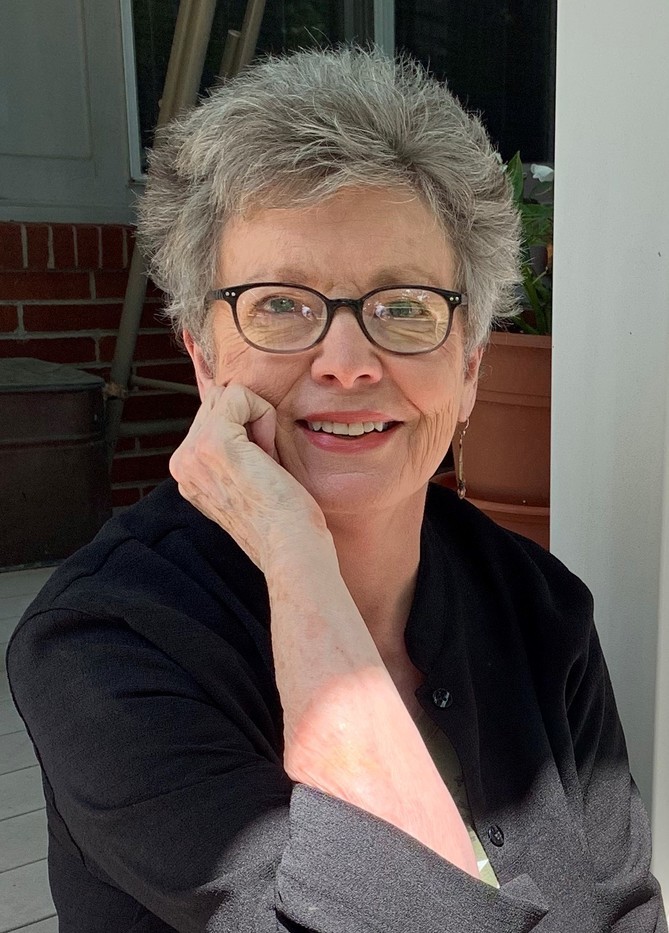 Joy Neal Kidney is an Iowa author who grew up on a farm, now living in a Des Moines suburb with her husband, Guy, an Air Force Veteran of the Vietnam War and a retired Air Traffic Controller. Their son is married and they live out-of-state with a small daughter named Kate.

With God’s help, Joy is aging gratefully. Living with fibromyalgia for two dozen years has given her plenty of home-bound days to write blog posts and books. “Leora’s Early Years: Guthrie County Roots” is her third book in the “Leora Stories” series. Her research from decades ago has helped tell her grandmother’s stories.

She was presented with the 2021 Great American Storyteller Award “Honoring the woman who most beautifully tells the story of America to Americans,”by Our American Stories and WHO NewsRadio 1040.

I would love to share one of your posts from this festive season and it can be a poem, short story, non-fiction in the form of a recipe, personal story, family memory, New Year’s resolutions etc. It does not have to be current but from any year in your blogging journey.

It is an opportunity to showcase your writing skill to my readers and also to share on my social media. Which combined is around the 50,000 mark. If you are an author, your books will be mentioned too, along with their buy links and your other social media contacts.

How to feature in the series?

N.B – To get the maximum benefit from your archive posts, the only thing I ask is that you respond to comments individually and share on your own social media.. thank you.