Each week William and I select two top hits from the charts in the US and UK starting with 1960 for two weeks followed by 1961 etc..through to 1985. We will also include some of the notable events in those years for the up and coming stars who were centre stage at the time. We are now in the 1970s.

Welcome to our show and we are excited to share decades of music with you in 2021. Here is my first selection of top 1975 hits which I hope you will enjoy. William.

“Lady Marmelade,” penned by Bob Crewe and Kenny Nolan, is famous for its sexually suggestive French chorus “Voulez-vous coucher avec moi (ce soir)?” which means in English “Do you want to sleep with me (tonight)?” This was Labelle’s first #1 hit and it topped the charts world wide. It was inducted into the Grammy Hall of Fame in 2003 and is ranked #479 on Rolling Stone’s list of The 500 Greatest Songs of All Time.

“I’m Not in Love,” composed by band members Eric Stewart and Graham Gouldman, was originally conceived as a bossa nova song for guitars. It reached the #1 spot on the UK Singles chart and remained for two weeks. This song was the band’s breakthrough hit worldwide, reaching #1 in Ireland and Canada and #2 on the Billboard Hot 100 in the US, as well as reaching the top 10 in Australia, New Zealand and several European countries.

“Jive Talkin’ ” is a song by the Bee Gees, released as a single in May 1975 by RSO Records. This was the lead single from the album Main Course (as well as a song on the 1977 Saturday Night Fever soundtrack) and hit number one on the Billboard Hot 100; it also reached the top-five on the UK Singles Chart in the middle of 1975. Largely recognised as the group’s “comeback” song, it was their first US top-10 hit since “How Can You Mend a Broken Heart” (1971).

Next week 1975 Part One. We hope you will tune in.. as always we love to hear from you.. thanks William and Sally.

Welcome to the round up of posts you might have missed during the week.

I hope you are all well.. as in the UK, Covid cases are on the increase here as expected, although they have been quite strict about non-essential travel. That all changes later in July and thousands of Irish families are heading off on holiday… long awaited. I think we will be sticking around in our coastal backwater and keeping out of the way.

The garden has been watered naturally for the last two weeks without my intervention and despite the sparcity of sunshine…has continued to blossom.. I have a number of lilies that I have cultivated from bulbs over the years and then divide and repot at the end of the season. This last two weeks has seen them bloom and this year I used a different potting soil and instead of orange they have emerged as dark red…

I was delighted to be invited to join Rebecca Budd on her podcast Tea and Trivia to talk about memories, writing and book marketing. It was a wonderful experience and Rebecca did a wonderful job of making it seem like a chat between two friends. Her husband Don is also a technical genius who edits and produces the broadcast.  I hope you will head over to join us.

I invite you to put the kettle on and add to this exciting conversation on Tea Toast & Trivia: Sally Cronin on Writing, Marketing and Telling your Story.

Recently I ran a series Public Relations for Authors which focused on how we are perceived by those who view our profile photographs, biographies and presence on social media. This included guest posts on other writer’s blogs. Here is an opportunity to not only promote your own blog or books, but those of someone you admire as well. Instead of Sunday Lunch with a guest, this year I have cut back a little on the food side, but you will get a slice of cake!!

Is there an inspiring individual, blogger or an author you would like to give a boost to who might enjoy joining you for a coffee and a piece of cake with us all?

For the first post in this new series, editor Alison Williams has brought author Norman Matheson as her guest. Norman as you will discover, is an inspiration to all of us who might think we are too old to take on a new challenge.

Details on how to participate are at the end of the first post in the series on Tuesday.

This week I was joined by my friends and collaborators William Price King, D.G. Kaye, Carol Taylor and Daniel Kemp and my thanks to them for their wonderful contributions.

William is off for the next few weeks on his annual summer break with family but he will be back in September. In the meantime he has left his selections and thoughts on the chart hits which will go out as normal on Tuesdays…Wishing him a wonderful summer.

Time to get on with the show….

Chapter Nine – The Boy, his Dog and a Fairy Princess

#Historical – Sheep On The Somme: A World War I Picture and Poetry Book by Frank Prem

Hip Dysplasia – A good reason to meet your puppy’s family 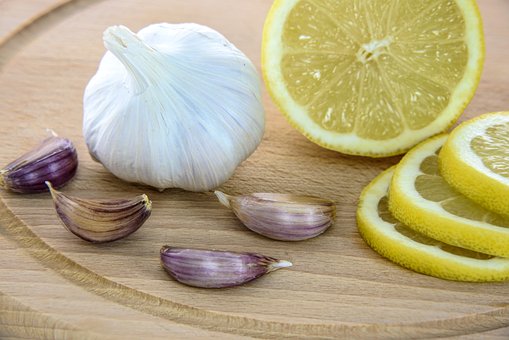 Family Health – Nothing more common that a cold

#YA #Magic #Mystery – Bloodstone (The Curse Of Time Book 1) by M.J. Mallon

Thanks very much for dropping in today and I hope you will join me again next week…Sally.