Welcome to the second of the Cafe and Bookstore updates this week with recent reviews for authors on the shelves.

The first author today is Annette Rochelle Aben with an early review for her recently released collection of poetry – Think Tanka.

Throughout time, the poet has used words to convey feelings, share ideas and unite the reader with their vision. Think Tanka uses the traditional structure of Japanese lyric poetry to unite the reader to the vision of the poet. if you can “see” what she is trying to “say” in every grouping of 31 syllables, then she has done her job. Think Tanka is a book for those who appreciate poetry, those who enjoy short reads, people who like to smile and those who know what it is like to be lost in a world of imagination. Whether you are buying this book for yourself or someone else, you’ll want to make sure you get an extra copy so you’ll have one on hand to share.

One of the early reviews for the collection

I first became aware of Ms. Aben through her blog. On a daily basis she posts inspirational messages in the form of short poems. I have to admit, I have come to look forward to them. Then when I saw she had a new volume of her Tanka poems up on Amazon, I sprung for an eBook. But I should have bought the paperback. And I probably will. I want to keep it next to my bed and read one or two of her poems every night.

I think if Robert Frost (“The woods are lovely, dark and deep …”) wrote Tanka it would read just like Ms. Aben. Or vice versa. However, Frost might not have used great phrases like: “The ghost of pizza past” or “ooey, gooey.”

Ms. Aben has a wonderful sense for titling her poems. And it is evident with titles like “Rag Mamma Rag” and “Divinity Incarnate.”

All in all, I give this volume five stars because I believe it’s the art of Tanka brought to its fullest.

Other books by Annette Rochelle Aben

Read all the reviews and buy the books: https://www.amazon.com/Annette-Rochelle-Aben/e/B00MSQTGUY

Connect to Annette via her blog:  https://annetterochelleaben.wordpress.com/

Next a recent review for Barbara Silkstone for Soap on a Rope – Cold Cream Murders – Book 3.

About Soap on a Rope

When Nelson Dingler is found dangling from a chandelier—feet-side up—Grams Dingler determines to find her son’s killer. Can Olive help her best friend save her feisty grandmother from suffering the same fate? And can the Cold Cream Shop survive while Olive psyches out the killer?

When Olive Peroni put out her family therapy sign, she never thought her top client would be the retired head of a New York crime family. When Olive’s nonna dies and leaves her a condo in Florida and a secret recipe for miracle cold cream, Olive grabs the chance at a new life in Starfish Cove, Florida, making designer creams for ladies who spend far too much time at the beach.

But when the quiet little community on the Gulf of Mexico soon begins to compete with a certain notorious coastal village in Maine, Olive finds herself solving odd-ball murders as often as she soothes wrinkles.

Another fun adventure with Olive and Lizzy along with Lizzy’s sister Pam and their Grams as they look into the death and life of Lizzy’s dad. Lots of action also with the growing cold cream shop. New customers, new supporters, new troubles. So many fun characters that you can’t help laughing out loud. A definite page turner. So many twists that I didn’t guess the ending. Love this series. Can’t wait to see what’s next for these ladies.

Read the reviews and buy the book: https://www.amazon.com/gp/product/B07RGK6BL3

A small selection of other books by Barbara Silkstone

Read the reviews and buy the books: https://www.amazon.com/Barbara-Silkstone/e/B0047L8A8W

And on Amazon UK: https://www.amazon.co.uk/Barbara-Silkstone/e/B0047L8A8W

The final author today is Walter Rhein with his recent release which was co-written by Dan Woll – Paperclip – A masked cold war conspiracy unleashed at rural America.

What if your whole life was an experiment?

Prior to meeting Carlie, Mickey’s biggest problem consisted of escaping the wrath of the ruler-wielding nuns of St. Asors. But when Carlie moved to town, Mickey found that the young girl’s proximity began to enhance a dormant ability to catch fleeting glimpses of the future. Confused by the stirrings of young love, Mickey began to sense the presence of a shadowy villain, driven by hatred, on a relentless pursuit that would not end until both Mickey and Carlie were dead.

Walter Rhein (author of The Reader of Acheron and The Literate Thief) two great dystopian novels in their own right, now provides Paperclip, co-authored with Don Woll. This, too, is a disturbing look at a dystopian future world. Two children, Carlie and Mickey, realize that they are not like other kids. No, they seem to be well aware of things, of events . . . things that no child — maybe no adult — should ever be aware of. It’s a nicely constructed story that hooked me right from the start. It’s a real political thriller, with elements of the paranormal and psychological mixed in to heighten the tension. This novel involves Nazis, and conspiracies at all levels of government, straight up the ladder to the highest levels of government power, and it’s quite chilling in the world Rhein and Woll have created. From what I understand, this novel is based on some real, horrific experiments conducted at one time in the name of medicine, science and insight into human nature and the human mind.

The government is controlled by a “shadow government” that turned its back on other atrocities in its pursuit to build a new weapon of unbelievable power. It’s based on something called Operation Paperclip, which took place prior to World War I, in which certain scientists were also subjecting test “victims” — human guinea pigs — to doses of LSD. This is a scary, thoughtful, and well-paced novel with engaging characters whom we root for, and others who we’d like to see subjected to their own experiments. It’s a different sort of political and psychological thriller, and if you like a good dystopian novel, something original and unique from so many others, I highly recommend that you pick up a copy and give it a read. It will shock and disturb you, and perhaps leave you awake at night, thinking of the terrible consequences that could result from some such covert operations, and secret experiments that would make Doctors Frankenstein, Jekyll, Moreau, and the real-life Mengele cringe in horror.

Read the reviews and buy the book: https://www.amazon.com/dp/B07L39G1YQ/

And on Amazon UK: https://www.amazon.co.uk/Paperclip-Dan-Woll-ebook/dp/B07L39G1YQ

A selection of other books by Walter Rhein

Read the reviews and buy the books: https://www.amazon.com/Walter-Rhein/e/B008Z6RIOC

And on Amazon UK: https://www.amazon.co.uk/Walter-Rhein/e/B008Z6RIOC 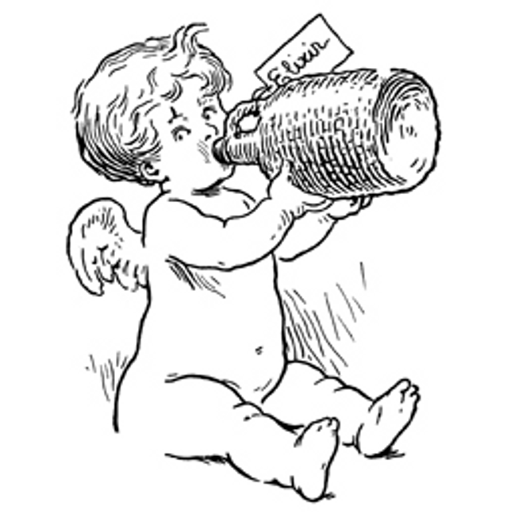