Here is a small selection of posts I have enjoyed over the last few days and also a book offer valid for tomorrow April 1st on all NON-US Amazon sites.

The first post is the regular Monday Funnies over at Chris, The Story Reading Ape and will brighten any day of the week.. 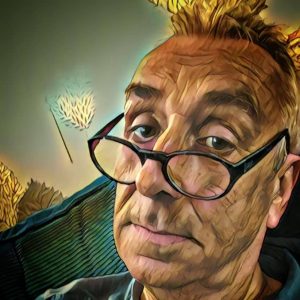 Poof!! What Was That?

I’ve never been interested in cars, yet I’ve made a decent living out of the things.

My working life consisted mainly of working in a huge car plant in the West Midlands, manufacturing those gas-guzzling four by four monsters. It was a great company to work for, but the work was hard with varying shift patterns every week. You have to be slightly barmy to work in a place like that, but the people I worked with were mostly barmy, so it helped.

Kev Will Fix It

One daft guy I worked with, Kevin, always had plans to set up his own business with a small garage, repairing and servicing four by four cars. He was one of those guys who was always pottering about at weekends, poking away under a car bonnet and ranting and raving about valves or piston timings etc. It was all a foreign language to me. Often on a Saturday morning, he would have a Range Rover parked up on his driveway at home making simple repairs in exchange for twenty-five pounds or so. Very rarely did he have any free time on a Saturday.

Head over to read how things can go wrong despite good intentions:
Poof.. what was that?

The next post is from Jane Sturgeon who sadly recently lost her father. Going through the personal belongings of someone you love is bittersweet, bringing back memories as well as reminding you of their loss. In this post Jane reveals a connection she and her mother have made with someone who shared her father’s passion for steam engines and the healing effects of the encounter.

You can’t have action without reaction…

My Grandad and Dad used to say these words.

The last few months have been a deep dive into sorting, sifting and clearing Dad’s workshops and hidey holes and upon returning home I looked at my place with fresh eyes and felt compelled to have a clear out.

If asked, I would have said that I travel light in life, yet the evidence I found told a different story. A collection of glass beads and accessories from a small business where I used to do children’s birthday parties. We all made things together and then the little ones had something creative to take home with them. That was nearly twenty years ago. A huge basket of canvasses, acrylic paints, inks and brushes. I haven’t painted for over ten years, as I used to do it with my daughter when she lived at home. Storage boxes filled with upholstery tools, materials, wadding, webbing and studs were stacked under the stairs. I have not done anything along this line for over six years. I uncovered a stash of yarns with a collection of knitting patterns and needles. All tucked away and taking up space on a ‘What if…’ energy.

Everything came under scrutiny.

Head over to enjoy the post in full and perhaps reflect on things you have that are lying unloved and unused in your cupboards:Jane Sturgeon – You can’t have action without reaction

Just for one day, tomorrow April 1st the 1960s thriller – Paris Escapade by Ted Myers is 99p or the equivalent on your own Amazon website.

In the summer of 1963, seventeen-year-old Eddie Strull goes off to Europe with a supervised camp group of New York Jewish kids. But Eddie, ever the rebel, has other plans. Eddie wants to live as an adult. A writer. Right now. When they arrive in Paris, the last stop before heading home, Eddie sneaks out of the youth hostel and disappears into the bohemian labyrinth of the Left Bank. There he encounters a colorful array of artists, writers, actors, and one extraordinary prostitute, who draws him into a risky adventure. Ultimately, he becomes a wanted man. Instant adulthood turns out to be much more than Eddie bargained for.

My review for the book February 6th 2021

A fast paced, adventure filled thriller set against the backdrop of 1960s Europe, and in particular the avant-garde culture of Paris at that time.

First impressions of seventeen-year-old Eddie Strull, offered in his own words, are of a rather entitled, over confident and dismissive teenager whose goal is to escape from under his boring parent’s oversight. To this end he plans his escape under the noses of the guardians of the tour of Europe he is signed up for.

In the first part of the book we are treated to a whistle stop tour of the highlights of the European major capitals, with the author paying great attention to detail on the tourist trail of that time. Paris is depicted in all its glory, and it is easy to feel drawn into the ambience of the free- thinking and inclusive culture offered to emigres and foreign creative talent. This is the place that Eddie feels is his destiny, with the intention of becoming a world renowned author worthy of his literary idols.

He is certainly going to need some bravado to survive his adventure once he cuts loose from the tour group, including navigating the egos and self-interests of the resident literary crowd and other artists who are reluctant to cede any of their attention to others. There are those with honest intentions, but Eddie finds them few and far between, and in the main he falls in with those who are living life on the edge, or deep in criminal activities. Passions run hot, a murderer is stalking the streets and Eddie makes some decisions that put his life in danger.

The author has created a complex character in Eddie and we get to know him in more depth through the first person narrative, including the side he might not show to those he connects with, which is a vulnerability and need for his own identity. The events of the next two years certainly test his resolve as he finds love, experiences loss and faces difficult choices to achieve his dream.

The story has flow and the references to events, music and prominent artists and writers of that time provides plenty of nostalgia for readers who remember the 1960s fondly. It would be interesting to see where the story of Eddie Strull goes next.

Read the reviews and buy the book at normal price: Amazon US – And at 99p etc April 1st: Amazon UK

Thanks for dropping in today and I hope you will head over to read the posts in full and to also take advantage of the book offer by Ted Myers..  Thanks Sally.