Today Barbara Spencer shares and excerpt from Click of the Pebble: Tryst with the Devil (Book 1 of Children of Zeus) 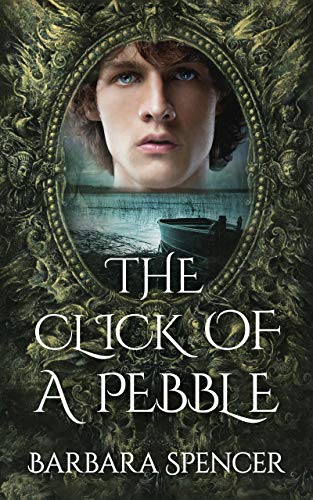 Prequel Series to ‘The Year the Swans Came’

Born into the carinatae, a race of shape-shifters and magical beings, Yöst believes his life in their island village wondrous – until death comes to call. In the guise of the local priest, who is determined to wipe the carinatae from the face of the earth, only Yöst and two young children, Zande, destined to be the next ruler, and Tatania, survive the massacre.

Aware the priest will not cease his search until they too are dead, Yöst begs sanctuary from Ramon, a gypsy farmer whose family fled the war in Spain and, unaware of their history, Ramon offers a home in return for work.

Unused to labour of any kind, Yöst strikes up a close friendship with Rico, the only son in a house full of girls, who helps him through the first difficult years. As their relationship strengthens and deepens, Yöst begins to think of staying and making his life there as a farmer … forgetting that as carinatae, his own date with destiny is fast approaching.

And so is death …

Yöst listened to the darkness unsure what had woken him. In the distance, surf stirred restlessly and wind soughed through the tops of pine trees. Yet that wasn’t it. Those were sounds he heard every night since he’d come to live on the island, five years previously.

This was more the click of a pebble against a glass window. He and his mother had had glass windows in their tiny house on the mainland. Once he had broken a pane throwing a stone against its brittle surface. He stared into the darkness listening to the quiet breathing of his five companions. Older than him, two were from the great continent of Africa, their skins the colour of aubergines ripening in the sun. Geography was good, Yöst decided, grateful that his mother and grandmother had insisted he attend school, crossing the narrow gap between the island and mainland by boat.

‘Learning will take you places,’ his grandmother’s voice chided him, invading his thoughts as she did almost every night, her voice ringing out as plainly as it had when she was alive. That had been her speciality, nagging, when all he wanted was to play with the other boys. Going on and on about learning how to gut a rabbit and build a fire, ‘so that you can care for yourself when I am no longer about.’

‘Why should I bother?’ he had retorted impatiently. ‘None of the cobs do that sort of work.’

‘That’s no excuse. Just because someone else is lazy and stupid. If they stuck their arm into a fire, would you do that too?’ she countered. ‘I want you to do more than read and write.’

‘Because the world is changing and when you are fully grown, you may not wish to live this life.’

‘Not wish?’ Yöst echoed. ‘How can there be anything more wondrous than our lives? I cannot wait to fledge; it is the most exciting thing ever.’

‘Yöst!’ The old woman had frowned, his name on her lips a rebuke. To her grandson, she was as old as Methuselah, even though her dark hair had little grey in it. Fifty was very old – too old. She had to be old to die from something as trivial as a cough. ‘Listen to me. This is no longer a world in which we belong—’

‘Grandmother, I’m not listening.’ He had laughed then and run outside to watch the young cobs.

A few days before she died, she had suddenly renewed her attack; warning him to be wary of people on the mainland and making him promise never to speak out about his heritage.

‘Why not?’ he asked, resting her head against his shoulder so she could sip a drop of water.

‘It’s only my usual winter cough,’ she had told him in the April, ‘It will be gone soon.’ Except it hadn’t, her cough worsening each day.

‘Because people fear anything different.’

‘Fear us!’ Yöst had laughed in protest. ‘We are too few to fear.’

‘It makes no difference. We are carinatae, descendants of Zeus, magical creatures—’

She chuckled, her amusement quickly evaporating, her thin shoulders humped over her chest as she fought for air. ‘No, but I loved a man who was,’ she said, her words spoken on an outward breath, fast and shallow.

One of the reviews for The Click of A Pebble

Mrs. J 5.0 out of 5 stars A beautifully written coming of age story within the fantasy of Being a Child of Zeus  Reviewed in the United Kingdom

Having read The Year The Swans Came, I was excited to read this first book about the beginning of the mysterious Zande’s life. The story begins when Zande is very small, about five years old, with a massive tragedy, which leaves Zande, a tiny girl called Tetania and an older boy of about thirteen called Yost, entirely alone, their mothers and companions having been brutally murdered. Although this does indeed begin Zande’s story, this book is really Yost’s story.

Yost, Zande and Tata become used to their new life with a family on a farm and Yost discovers the character building results of working rather than the life of ease he’d lived before, and the comforting love of living with a family with all their diversities of characters. It is a ‘coming of age’ story really, and the discovery of who he is, apart from being a ‘Child of Zeus’, or Caritinae – part man, part swan. We also learn more about the nature of the caritinae, which was somewhat puzzling in the other book, especially with regard to what happened to Peter.

The skilful ‘pen’ of Barbara Spencer brings all her characters to life so that the reader can’t help ‘knowing’ them and loving each one with all their curiosities and differences in the people they are, brought about by their life experiences before they came together. I was totally involved with Yost as he learned to work and to open up in response to love and caring shown towards him, helping to eventually dispel the nightmares brought to him by the terrible experience of witnessing the massacre of his people.
I am looking forward to being able to read the next book.

Read the reviews and buy the book:  Amazon UK – And: Amazon US

A selection of other books by Barbara Spencer

In 1967, Barbara Spencer hi-tailed it to the West Indies to watch cricket, the precursor to a highly colourful career spanning three continents, in which she was caught up in riots, wars, and choosing Miss World.

A regular visitor to both primary and secondary schools, in 2010, the publication of Running, a Y/A thriller, took Barbara countrywide, her travels eliciting a series of Blogs and short stories which were published in 2017 as Age and the Antique Sideboard. This marked her retirement from writing, since when Barbara has written several books for an older audience.

The first of these, The Year the Swans Came, a magical fairytale for adults/top teens, was published at the end of 2018.

Thank you for visiting today and I know that Barbara would love to hear from you.. thanks Sally.