Claire Fullerton hails from Memphis, TN. and now lives in Malibu, CA. with her husband and 3 German shepherds. She is the author of Little Tea, set in the Deep South. It is the story of the bonds of female friendship, healing the past, and outdated racial relations. Little Tea is the August selection of the Pulpwood Queens, a Faulkner Society finalist in the William Wisdom international competition, 1st place winner in the Chanticleer Review’s Somerset award, a finalist in the International Book Awards, and the Independent Authors Network 1st place in Literary Fiction winner and 2nd place winner for 2020 Book of the year.

Claire is the author of 12 X award winning Mourning Dove, a coming of age, Southern family saga set in 1970’s Memphis. Claire is also the author of 3X award winning, Dancing to an Irish Reel, set on the west coast of Ireland, where she once lived. Claire’s first novel is a paranormal mystery set in two time periods titled, A Portal in Time, set in Carmel-by-the-Sea, California. She is a contributor to the book, A Southern Season with her novella, Through an Autumn Window, set at a Memphis funeral. Claire is represented by Julie Gwinn of the Seymour Literary

A recent review for Little Tea

Gorgeous writing! I can almost taste the sweet tea and feel the balmy afternoons breeze over my skin. Fullerton immerses you in the landscape and sentiments of the American South. The story moves deftly between present time and the character’s childhoods, where the roots of their troubles are firmly anchored. Changing attitudes and generational prejudice are front and center in this poignant story where the next generation teaches their elders a few lessons in tolerance, the unbreakable bonds of friendship, and ultimately love.

Having worn several hats in my life: wife, mum, secretary, shop-keeper, hotelier; my favourite is the multi-coloured author’s creation. I am an eclectic writer: diary, articles, poetry, short stories and five books. Two books were factual, the third as biographer: HURRICANE HALSEY (a true sea adventure), fourth my Memoir MY GENTLE WAR and my current faction novel is THE CATALYST. Plenty more simmering…

Supposedly ‘Retired,’ I now live in Spain with my husband and have three great sons.

A recent review for Where Angel & Devils Tread

Robbie Cheadle 5.0 out of 5 stars Enjoyable stories with an entertaining and thoroughly British style of writing  Reviewed in the United States on June 14, 2021

The charm of this collection of short stories written by Joy lennick and Jean Wilson, is that all of them are driven by interesting and authentic characters in a manner reminiscent of Agatha Christie’s novels. The superstitions, petty prejudices, and pleasures of these very English characters allow for thoroughly engaging stories with plenty of tongue-in-cheek British humour when circumstances and planned actions bring calamity down on their heads. I enjoyed the plots of the various stories but it is the style of the writing that made this a five star read for me.

A few examples of the humour which had me laughing as I visualized the characters are as follows:

“When I managed to get in I could see that Manny had left his mortal coil and wouldn’t be needing any more injections. I have to say the wife beater was very useful and I have developed a philosophy rather like the Ying and Yang that even dead losses have their uses on occasion.” This extract is from Aldgate’s Angel by Jean Wilson which tells the story of a queen’s nurse in 1950s London. In those days the nurses used to make house visits to attend to certain chronic patients. The conditions in which many of these patients lived were eye opening for me and the wry humour pulled at my heartstrings even as I chuckled.

“Mr Lawson, an ex-banker had been caught stealing some cigars from the newsagent along the road. The fool hadn’t remembered that they had security cameras and his antics were well and truly viewed, although a little mistily, and he was arrested without ceremony and taken to the local police station. Angie Roberts had given a hyena-type short laugh. It was typical of bank managers to help themselves to whatever they wanted. She held them responsible for the state the country was in.” This extract is from Death By Design by Jean Wilson in which the residents of a retirement home decide to take the righting of certain wrongs into their own hands.

“Kosher his mother’s home was not. He smiled as she flitted across his consciousness. Having decided while he was still in the womb that he should be a lawyer, she was disappointed when he became a detective, calling him a “Klutz!” adding “You could be killed!”
However, the fact that his younger brother, -“My son, Joseph, the doctor!” – fulfilled a birth wish, left her happy.” from Freeze by Joy Lennick, a murder investigation into the death of a small time crook and drug addict. The investigation grows legs and leads to some interesting findings.

“Adam was fortunate in the fact he had a head for figures and was ambitious. Very! The fact that he worked out and possessed a certain, while to some, oily, charm; had an enviable head of dark head, and expressive eyes the shade of malt whisky, helped his cause – social climbing. But, the years had thinned his hair somewhat and peppered it with several grey strands which persisted in battling against the dyes he tried.” from The Menu/Shopping List by Joy Lennick. When Piers, formerly Adam, Smythe finds a shoping list/menu in a second hand book, he decides the imagined available, attractive, likely well-heeled author of the letter is perfect for someone like him. He is in for his comeuppance.

Read the reviews and by the books : Amazon UK – And : Amazon US – Follow Joy : Goodreads – Blog: Joy Lennick at WordPress – Twitter: @LennickJoy

One of the recent reviews for Push Me Off The Cliff

Wow!! A beautiful book. The dedication and determination of Soviet women during WWII always amazes me. Maria’s character is strong and unyielding. An amazing woman. I loved her character in the beginning of the book but even more so as the book progressed. She shines and is such a wonderful woman to persevere as she did. Armen is a lovable guy and suffers so much. He was blessed with a wonderful singing voice and singing helped him through his greatest trials as well as encouraging others who were suffering.

My heart just broke for him. I loved the relationship he had with his mother. A strong woman. Learning about the tragic genocide of the Armenian Christians was heartbreaking and something I didn’t know. The suffering the people of the Soviet Union went through is horrible, yet the disabled veterans suffered far greater as they had no hope, no life and were reduced to becoming beggars, criminals or “prisoners” on an island with deplorable conditions. A few wonderful women pop in at various times and are the light and kindness these men need. The book has a beautiful, glorious ending which kept me smiling as I read. Please read this book. You will love it, I’m sure.

Thanks for dropping in today and I hope you will be leaving with some books..thanks Sally. 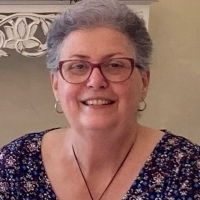 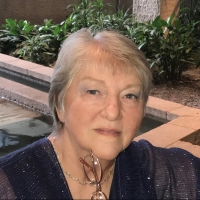 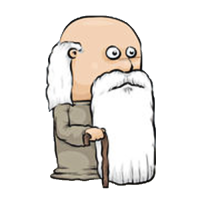 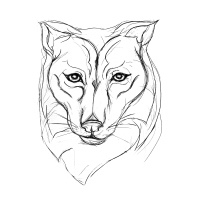 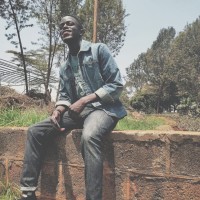 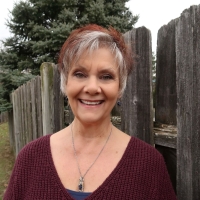 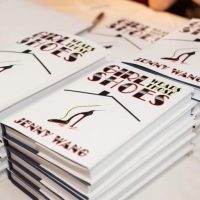 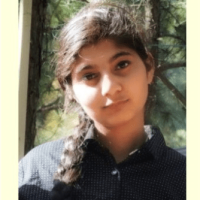