The boy’s name David is likely to be derived from the Hebrew meaning ‘beloved’. David was the second king of Israel and legend has it that he defeated Goliath the giant Philistine with a simple sling at a young age. The name has been used commonly since the Middle Ages and Saint David is the patron saint of Wales.

David stood beside his comrades as they waited in the village square for the parade to begin. Despite their advancing years, the men stood as tall as possible, often with the aid of a stick. Two of their number were in wheelchairs, and had been guided across the cobble stones by their fellow old soldiers.

It was a typical chilly November morning with dark skies and clouds laden with imminent rain. Whilst inappropriate perhaps for this solemn occasion, the men standing huddled against the cold wind; wished for a few rays of sunshine. Their overcoats were shiny with age but their shoes were burnished to a brilliance thanks to the loving attention the night before. A reminder of a time, when the action of rubbing in polish and then shining the boots for the sergeant’s approval, was used for reflection. A time to remember all the nights many years ago, when comrades would sit on camp beds talking quietly as they prepared their kit for inspection and parades.

Beribboned pins, holding silver and bronze medals, lay proudly against the material on their chests and nobody really noticed the frayed cuffs that peeked out from the sleeves of the worn coats. Their pride was clear to see by all who passed; many of whom smiled in recognition or tipped a hat. They were the old soldiers and heroes of the village and despite their dwindling numbers were respected and honoured. Not just today, but every time they were met in the shops and lanes of this small community that had given up so many of its young men to war.

David did not feel the cold and felt content to be part of the camaraderie and fellowship of being amongst those he had served with. He caught little snippets of conversation as he stood, head bowed waiting for the order to form into the parade.

‘My Elsie has had another grandson… Who would have thought it…? I’m a great granddad….’

David smiled as he listened to his friends talking about their lives and raised his head as he heard the sound of the local brass band strike up.

He had been part of this ceremony for the last fifty years since the squire had erected the memorial in the centre of the village. Lord Roberts was a good man and had been devastated by the loss of his own son in the last few weeks of the war. Out of respect and loyalty to those other families in the village and surrounding area who had lost fathers, husbands and sons, he had paid for the monument himself.

That first November as the group of survivors had stood in the rain to commemorate the loss of their brothers and friends, many had still relied on crutches, and as today, one or two had been in wheelchairs. It was a far cry from the day that they had stood in this same square waiting for the horse drawn carriages to take them off to basic training.

The call had come, and from the surrounding farms and isolated cottages, men between the ages of eighteen and thirty-eight, who were not exempt because of occupation, health or marital status, walked proudly into the recruitment centre in the village hall. David was just nineteen when war was declared and was swept along by the patriotic message and fervour that swept the nation. There was talk down the pub of places outside of their small community that might be visited.

‘Blimey, a chance to see the other side of the hill lads…’ and ‘Do you think those French girls are as friendly as they say?’

The thought of glory and adventure had been foremost in their young minds. It certainly did not hurt that the girls in the village became very attentive when they arrived back for leave after basic training in their uniforms. The day that they had formed up into a parade to march to the square and climb aboard the transports was frozen in time. Mothers weeping as they clung to their sons and fathers slapping them on the back and proudly straightening their caps. Couples embracing for one last kiss and whispered words of love.

It had been very different when David returned to the village a year later. Although now only twenty he felt that he had aged a lifetime. As he stepped down from the train in the nearby town, carefully favouring his injured right arm and struggling with his kitbag, it was without glory. The sight of his parents waiting from him in the evening sunlight had reduced him to tears and as the horse and cart made its way to the farm; his mother had held him tightly as he sobbed against her best coat.

Over those first few days of calm and peace; David had spent hours alone walking the fields and hills desperately trying to find any meaning behind the senseless carnage and sacrifice he had experienced. He knew that once his injury was fully healed he would have to return and the thought of this kept him awake at night in his room in the rafters of the farmhouse.

Then one day, as the sun shone as he helped his father harvest the wheat, he saw his mother heading towards them swinging a laden lunch basket. Beside her with golden hair that gleamed in the sunlight was a tall and very beautiful young woman.

‘Here you go pet,’ his mother handed off the basket to David. ‘You remember Cathy from the Black’s farm don’t you?’

David looked into bright blue eyes and was then drawn down to the perfectly formed red lips that smiled at him.

Six weeks later they were married in the village church and had walked out into the sunshine to a guard of honour of fellow soldiers home on leave or who had been injured. The reception in the hall in the square had been packed with well-wishers and David and Cathy had danced and celebrated until midnight. Then they had slipped away unnoticed to their room above the pub.

Every year since the memorial was erected David had marched with his comrades and then stood with them as wreaths were laid around the base. And each year his breath would catch in his chest and his heart would skip a beat as he watched his Cathy carry a wreath and lay it amongst the rest. That first year she had also held the hand of a little girl, his daughter who unlike all others somberly dressed, was wearing a beautiful handmade coat of blue. His favourite colour.

He had watched Cathy and his daughter every year since then as they would both walk proudly to the memorial and lay their tribute. But this year his daughter walked with another by her side and there was no sign of his darling wife. He slipped through the ranks of his comrades until he was standing in the front row. He could hear his daughter saying something to the tall young man by her side.

‘You lay the wreath David; your grandmother wanted you to do this for her this year.’

The lad reverently laid it down amongst the others and he stood back by his mother’s side. Together they turned and walked solemnly back towards the waiting villagers where they were greeted with hugs and the boy was patted on the back.

A tear rolled down David’s face with sorrow at the loss of his beautiful Cathy. As he stood bereft at the front of his silent comrades at attention but with their heads bowed, the clouds parted and rays of sunshine spread across the square. As they did so, his eyes were drawn to a young woman with golden hair and blue eyes who walked over the cobbles to stand by his side. She slipped her cool hand into his and he smiled down at her with joy.

Unseen by all those who had gathered to remember him and all the others who had not returned; they slipped away hand in hand. The long wait for them both was over.

The previous stories can be found in this directory.

©sallygeorginacronin What’s in a Name 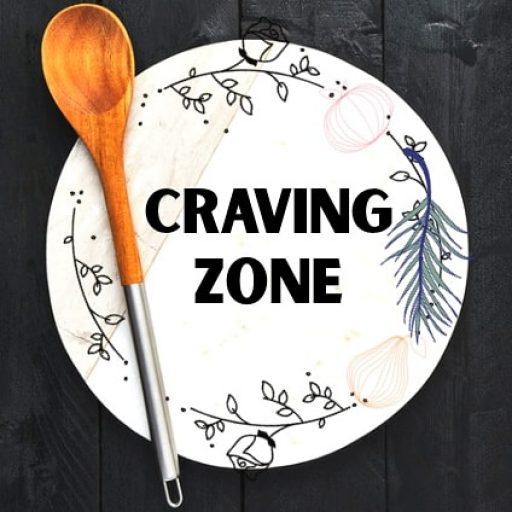 A Taste of Heaven By Yasmin

Finest Lifestyle Inspirations & Shopping from around the World