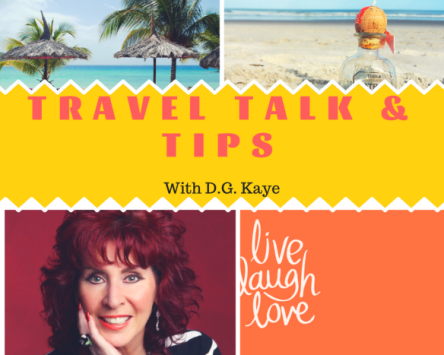 For any of us in the colder and wetter climates, a respite somewhere sunny is top of of most of our wish lists. Today three wonderful destinations where you will enjoy warm weather and an even warmer welcome from your hosts. I have selected islands where you can relax and even if it is for just two weeks, boost your tan and well-being before the real winter kicks in.

However, for those of you who crave the excitement and adventure of snow covered mountains and ski slopes, in my next post in two weeks, I will be sharing three top locations accessible to those in North America and Europe.

The first destination is Hawaii and the island of Kauai.

About the Island courtesy of The official island website

Kauai is Hawaii’s fourth largest island and is sometimes called the “Garden Island,” which is an entirely accurate description. The oldest and northernmost island in the Hawaiian chain is draped in emerald valleys, sharp mountain spires and jagged cliffs aged by time and the elements. Centuries of growth have formed tropical rainforests, forking rivers and cascading waterfalls! Some parts of Kauai are only accessible by sea or air, revealing views beyond your imagination. More than just dramatic beauty, the island is home to a variety of outdoor activities. You can kayak the Wailua River, snorkel on Poipu Beach, hike the trails of Kokee State Park, or go ziplining above Kauai’s lush valleys. But, it is the island’s laid-back atmosphere and rich culture found in its small towns that make it truly timeless. Explore the regions of Kauai and make your escape to discover the undeniable allure of the island.

Temperatures in November/December/January are between 25 C and 27 C.. with an average of 23C… so very pleasant.

Where to stay: Hawaii Guide Kauai Accommodation
Things to do: Tours and activities 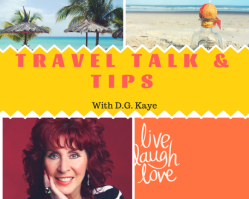 Now a European destination, which by all accounts is becoming very popular with North Americans and Canadians via Travel Daily News

The Island of Malta – Mediterranean

The Hon. Konrad Mizzi, Minister of Tourism for Malta, noted that the US was one of the fastest growing tourism markets for Malta, recording a dramatic increase of 31.9% from 2017 to 2018, with a total of 47,170 Americans visitors. The increase from Canada in 2018 was 6.6% (15,015 Canadians) bringing the total arrivals in 2018 from North America (US & Canada) to a record breaking 62,185. This sunny archipelago in the Mediterranean recorded an overall 2.6 million visitors (+14.3% between 2017 and 2018), bringing a record number of tourists to Malta from around the World.

About Malta courtesy of Visit Malta

Megaliths, medieval dungeons and Calypso’s Cave – The Maltese Islands are positively mythic. The narrow meandering streets of their towns and villages lead to the main square, which is invariably dominated by the huge baroque church. As the countryside is dotted with medieval towers, wayside chapels and the oldest known human structures in the world, the Islands have rightly been described as an open-air museum.

The Maltese archipelago lies virtually at the centre of the Mediterranean, 93 km south of Sicily and 288 km north of Africa. The archipelago consists of three islands: Malta, Gozo and Comino with a total population of over 400,000 inhabitants occupying an area of 316 square kilometers.

Malta is the largest island and the cultural, commercial and administrative centre. Gozo is the second largest island and is more rural, characterised by fishing, tourism, crafts and agriculture. Comino, the smallest of the trio, has one hotel and is largely uninhabited.

With superbly sunny weather, attractive beaches, a thriving nightlife and 7,000 years of intriguing history, there is a great deal to see and do.

Temperatures in November/December are between 18C and 22C.. with January cooler at 16C but still with five hours of sunshine a day.

Here is a video among many courtesy of Visit Malta

Exchange rate as of December 1st.

Official site: Visit Malta
Where to Stay: Accommodation Malta Trip Advisor
What to do: Malta.com activities

And for the final winter sun destination, I have chosen one of my favorite destinations.. the Caribbean and the island of Martinique.

First sighted by Columbus on his initial expedition in 1493, Martinique played host to its first European “tourists” in 1502 when Columbus landed there during his fourth voyage. Dubbed Martinique by Columbus, the island was inhabited by Kalinago Indians who had driven away the Arawaks (both tribes had come to the island from South America). Martinique was claimed by France in 1635 and officially annexed in 1674. France and Britain fought over the island until 1815, when France prevailed. Slavery was abolished in 1848. In 1946, Martinique became a Department of France and in 1974 a Region of France, its current status.

Modern day Martinique is truly “a little bit of France in the Caribbean.” It exudes an alluring and distinctly French sensibility in the excellence of its cuisine and rhums, the chic sophistication of its fine resorts and hotels, its fashion and art scene, and more. Yet Martinique has a cachet all its own; an endearing West Indian warmth in its personality, a special spice in its music and dance, its local dishes, cultural heritage, and way of life. It is an island with style and so much more. A special place, to be sure, with so much to offer – Martinique c’est magnifique!

Temperatures in November/December/January are very warm between 29C to 31C – the island does have quite a bit of rain mainly through to November with the driest time between December and April.

Here is a short film courtesy of travelguruTV

As an overseas region of France the currency is the Euro

Exchange rate as of December 1st.

There are some wonderful locations within a few hours flight time, to give you some much needed winter sun… and don’t be surprised to see Sal and I on the beach, under an umbrella, sipping a cocktail.

Debby Gies is a Canadian nonfiction/memoir author who writes under the pen name of D.G. Kaye. She was born, raised, and resides in Toronto, Canada. Kaye writes about her life experiences, matters of the heart and women’s issues.

D.G. writes to inspire others. Her writing encompasses stories taken from events she encountered in her own life, and she shares the lessons taken from them. Her sunny outlook on life developed from learning to overcome challenges in her life, and finding the upside from those situations, while practicing gratitude for all the positives.

When Kaye isn’t writing intimate memoirs, she brings her natural sense of humor into her other works. She loves to laugh and self- medicate with a daily dose of humor.
I love to tell stories that have lessons in them, and hope to empower others by sharing my own experiences. I write raw and honest about my own experiences, hoping through my writing, that others can relate and find that there is always a choice to move from a negative space, and look for the positive.

“For every kindness, there should be kindness in return. Wouldn’t that just make the world right?”

When I’m not writing, I’m reading or quite possibly looking after some mundane thing in life. It’s also possible I may be on a secret getaway trip, as that is my passion—traveling. 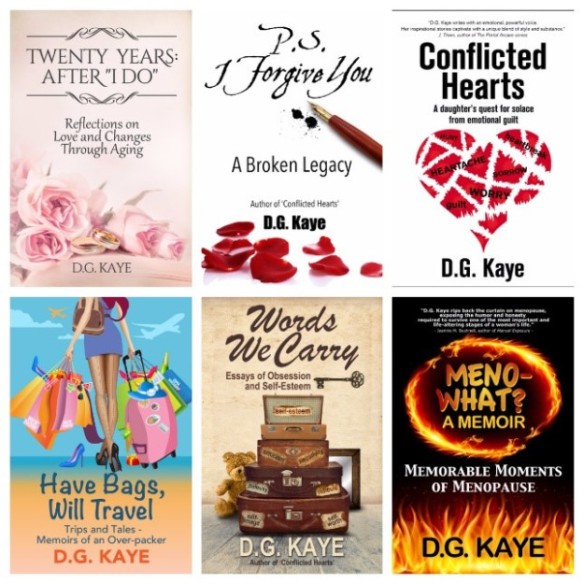 A recent review for Twenty Years After “I Do”

Robbie Cheadle 5.0 out of 5 stars A great book with numerous important messages

The author married a man who is twenty years her senior. At the time of their marriage, she did reflect on what could or would happen in the future as the relentless march of time took its toll, but she loved Gordon so much that she decided to grab the happiness and job life was offering her.

I found this book particularly interesting because my mother is ten years older than my father. My mother has always been “young” for her age and my father a bit “older” for his. They are now 80 and 70, respectively, and it has been interesting to watch the changes to their relationship and lifestyle. Ten years is half of twenty years, so such a big age gap does seem rather overwhelming to me and I was curious as to how the couple managed their life together now that they were both older. It turns out that they manage very well indeed, and I found this memoir uplifting and even inspiring.

The author addresses all sorts of aspects of married life, many of which are relevant in any marriage, regardless of the age of the spouses. I learned a lot from her thoughts and ideas, in particular, the idea of counting to ten before speaking in rage and never saying anything deliberately spiteful or hurtful. I have heard this message before, but never understood it quite like this. I am going to take this lesson learned forward in my life especially in my relationship with my one son, who is so like me we often fight like cat and dog.

The information covered in this book about living with a senior and travelling with a senior is useful to anyone who spends time and travels with parents so it is all very relevant and useful. I is also interesting to note how the author manages medications and illness with her senior husband.

This is a great book with numerous important messages that can be enjoyed and appreciated by people of all age groups looking to gain the best from life and relationships.

My thanks to Debby for all her great posts in the Travel Column series and please drop in for some Snow destinations in two weeks.