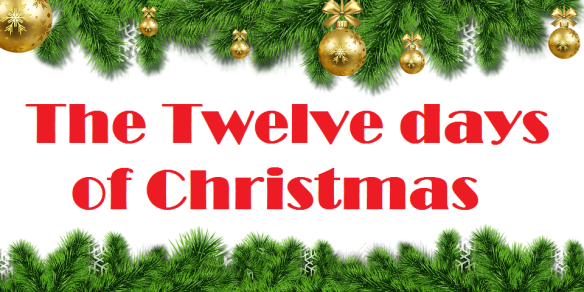 Before we find out more about The Second Day of Christmas  I would like to get you in the mood with music, and one of my favourite groups has always been Status Quo -‘It’s Christmas Time’ was recorded in 2008. Courtesy of their OfficialStatusQuo Channel and you can buy Status Quo Music Amazon

The Second Day of Christmas is also called Boxing Day in the UK and St. Stephen’s Day. St. Stephen was the first martyr who died for his faith.

Stephen was a deacon in the early Christian Church appointed by the apostles when they found that there was simply not enough of them to cope with many poor, widows and orphans that were so numerous in those times. They ordained seven assistants or deacons of which Stephen was one. He was very devout and well liked. He spoke eloquently and converted many to Christianity. Of course this did not sit very well with those outside the religion and they did their best to discredit him. He did not help his cause by giving his enemies some home truths about their behaviour I am afraid that they reacted by having him put to death. He is therefore the first martyr of the Christian faith and was awarded sainthood.

The carol most sung on St. Stephen’s Day is ‘Good King Wenceslas’ and here is an amazing version from Michala Petri, recorder and Danish National Vocal Ensemble conducted by Michael Bojesen from their own Recordings

When I was about seven years old my father took over the cooking of the Christmas lunch. He was very happy to do so as it meant he could control what time we sat down to eat. In fact he took over the cooking at the weekends throughout the year and lunch was on the table on the dot of 12.45 p.m. This suited us fine as children as we were always hungry, but once we got to drinking age and were down the local pub, it became a bit of a scramble. The aim was to get two drinks in between their opening time of midday and racing down the street to get in the house and sat at the table at the stipulated time. There was hell to pay if we didn’t.

Anyway, my father loved to make steamed suet puddings, both savoury and sweet, and his Christmas puddings were renowned. He was very traditional and would put threepenny bits in the mix, until I was seven and lost a tooth in my eagerness to down the pudding and custard.

I am not sadly, one for making desserts and leave that to others more qualified.. Our resident food expert Carol Taylor has been busy this year on her own blog with menus and recipes for Christmas and here is a recipe for a pudding that I am sure would make my father very happy to eat and I only hope that wherever he might be they sit down to Christmas lunch on the dot of 12.45 pm. 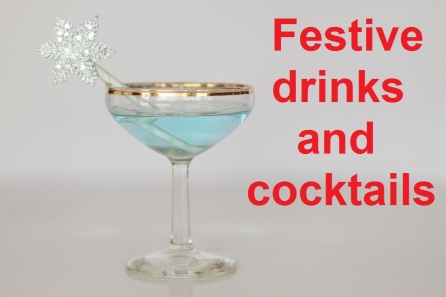 And I cannot let you go without offering you a drink for the road (provided you are the passenger)..

Now whilst this is not a traditional Christmas drink… it is a cocktail that goes down well at any time of the year and I have a fail save recipe for you for the simple but highly effecting Margarita.

As many of you will know this is made with tequila and it is my advice that you use the top of the range Cuervo Gold as tastes much better, certainly for the first one and then you don’t really taste anything anyway. Tequila like most of my favourite food pharmacy subjects has been used for thousands of years by the Native American Indians for both medicinal and recreational purposes. It was used as a hallucinogenic and apparently improves all aspects of stamina and enabled the imbiber to achieve the Dream State. You can see this effect for your self after your guests have sampled two or three of your concoction.

You will also need some Cointreau or Cuarenta y tres or triple sec, which are all orange liqueurs. I have covered the benefits of oranges in several of my healthy eating posts, but obviously in alcoholic form its antioxidant properties are a little subdued. Of course there is still the antiseptic nature of alcohol to compensate.

You will need 1oz per person.

Finally you will need 1oz of fresh squeezed lime juice per person. Now as everyone knows limes are full of Vitamin C and limes in particular have some special properties. They prevent scurvy, if taken every day they can prevent cholera and the vitamin C in the fruit is anti-ageing as it forms collagen that fills in wrinkles and frown lines.

I have looked on a worldwide basis for the health benefits of margaritas and this is a summary of the best I could find.

Thank you for dropping in today and I hope you have enjoyed the post, as always I would love to hear from you.. thanks Sally.