Last week I shared our arrival in Houston and some of our initial experiences part one of 1985. It was amazing how quickly we settled in to life in America. We were determined to make the most of our time there and whenever feasible I would join David for a long weekend in one of his various ports of call.

He was on the road most weeks and on the Friday afternoon I would drive to the airport and get a flight to Los Angeles, Washington, Seattle or Boston and we would then spend two days exploring the area and sampling local delicacies. We went to Disney World and on a paddle steamer in New Orleans and sampled the music and the gumbo in small hole in the wall cafes.

My parents both just into their 70s wanted to come and see us and once we were past the worst of the heat and the hurricane season, they arrived for three weeks a few days before our 5th wedding anniversary. Despite the long flight they were ready and raring to go the next morning and during the week I would drive to various tourist attractions within 100 miles or so in my new car; metallic pewter Ford Topaz with air conditioning and all mod cons.

At the weekends David would join us and we were lucky enough to have one of the Medieval Renaissance Fairs on within driving distance and here is a picture with the three of us tucking into Turkey drumsticks… My father has his hands full as David was taking the photo.

Our fifth anniversary was celebrated in usual Chancellor Apartments style with a party at our place. We asked the neighbours above, below and on each side so that noise would not be an issue and my parents, who had really got into the swing of things, were treated like royalty by our friends. My father who did not normally drink very much was much taken with a new rum drink we had introduced him to… I had never seen him even the slightest bit tipsy in my entire life until that visit!

As the party wound down, David and two other mad friends decided to go for a run to burn off the alcohol whilst some of us retired to the hot tub directly in front of our apartment block. It was quite cool at nights in November and we enjoyed the soak and chat for about five minutes as we sat around the tub on the wooden slats. That is until suddenly I felt excruciating bites on my legs. I stood up and went into the hot water to brush off whatever was biting me but it only drove the insects further up my body biting as they went. 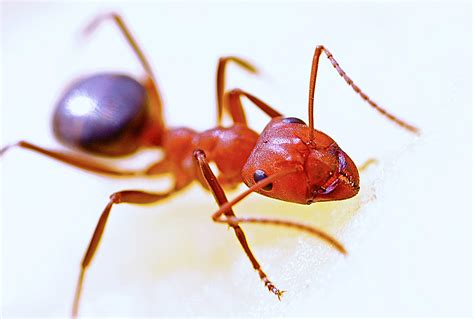 I have always reacted badly to wasp and bee stings but could usually cope with one or two. But this was multiple stings and I started to go into anaphylactic shock. Luckily David and our other friends had just arrived back from their run and headed out way to get into the hot tub. By this time I was finding it hard to breath. One of our neighbours who was in the crowd, lived on the ground floor; without time to call an ambulance, he dashed inside grabbed his keys and they bundled me in a towel into the back seat.

There was an emergency room about three minutes away and on arrival one of the lads dashed inside and grabbed assistance. I don’t remember much of what took place in the next couple of hours but I do recall looking down on my body as they pumped me full of epinephrine and kept me breathing. I had my first encounter with the infamous fire ants that had obviously nested in the warmth under the decking of the hot tub.

Thankfully the treatment took effect and they eventually allowed me home the next morning. We walked in the front door to find my parents enjoying breakfast thinking we were having a lie in!

My father was a John Wayne and Western film fan and we had promised to take them to San Antonio on that same day to stay in the Marriott Hotel and take him to the Alamo. We could not disappoint him and despite their insistence on cancelling the trip, we headed off with David driving and me sleeping solidly for the entire Journey. I went to bed early and the next morning, still a little shaky, we headed off to relive one of the most historical moments in Texan history. My father was like a small boy in a sweet shop and was just in his element. Such a pleasure to see his face light up. Here are my parents resting for five minutes before returning to the hotel for more rum cocktails and fajitas.

I certainly had plenty time to listen to music on road trips and in addition to the tracks I shared last week.. one of my favourites of the year, and still on my playlist, was Starship – We Built This City

We always made time to go to the movies wherever we were at the weekends and in addition to the films we watched in part one.. we enjoyed Mad Max Thunderdome.. another classic.

Thanks very much for joining me on my trip down Memory Lane and next time.. 1986 the second year in Houston with more adventures.