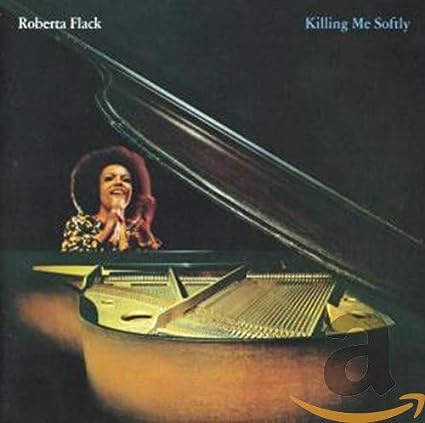 Roberta Flack was hugely talented and this did not go unnoticed by some of the best artists of the time. Whilst Roberta was performing at Mr. Henry’s restaurant she was discovered by Leslie Coleman McCann, known in the business as ‘Les’ McCann. Les was born in Kentucky and was a successful American soul jazz pianist and vocalist who later moved into R&B and soul. His big break had come when he won a Navy talent singing contest which led to an appearance on The Ed Sullivan Show and his career took off in the early 60s.

He was very impressed with the young singer and introduced her to Atlantic Records and they too were very aware that they had a star in the making. They recorded her debut album First Take in November 1968 releasing it in 1969.

Compared to What was a political anthem about the Vietnam War written by Eugene ‘Gene’ McDaniels a singer/songwriter and Roberta Flack released it as the opening track on First Take. It would go on to be covered by over 250 artists including Ray Charles.

Les McCann also covered the song on his album Swiss Movement recorded live at the Montreux Jazz Festival and both the album and his version of the song when released as a single, were huge Billboard pop chart successes.

‘Gene’ McDaniels would go on to write another of Roberta’s hits Feel Like Making Love. The song was released before her album of the same name and was one of the biggest musical hits of 1974 and of Roberta Flack’s recording career. No. 1 on the Billboard hot 100 singles chart, five weeks No. 1 on the Hot Soul Singles chart and two weeks as No. 1 on the Adult Contemporary charts in Canada and the US. It received three Grammy nominations, Record of the Year, Song of the Year and Best Pop Vocal Performance, Female.

Between 1969 and 1972 Roberta released three albums Chapter Two, Quiet Fire and an album of duets Roberta Flack and Donny Hathaway. This album became a smash hit and the tracks received a lot of radio plays including Where is the Love and You’ve Got A friend. Other tracks that went on to become classics in their own right were For All We Know and I (Who Have Nothing). This song was originally released by Ben E. King 1963 and reached No 29 on the Billboard charts. It would go on to be covered by many artists in different languages but this version by Roberta Flack and Donny Hathaway is one of the best. Donny Hathaway

Record sales for Roberta’s albums with Atlantic Records gained a huge boost when Clint Eastwood chose the track from Roberta’s first album, First Take, The First Time Ever I Saw Your Face for the soundtrack of his film Play Misty For Me. The song stayed in the charts at No. 1 for six weeks and earned Roberta Flack a million-selling Gold Disc. It also boosted the sales of First Take which went on to sell nearly two million copies.

The song was awarded Grammy for Record of The Year in 1973 and Clint Eastwood also asked Roberta to record the end music for the Dirty Harry film, Sudden Impact in 1983. The song This Side of Forever was composed by Lalo Schifrin with lyrics by Dewayne Blackwell.

Next time a look at the successful collaborations during the 70s and 80s between Roberta Flack and other top artists.