The first book in a series featured today is Wings of Mayhem: The Mayhem Series: #1 by Sue Coletta.

When the cat burglar and the serial killer collide, HE looks forward to breaking her will, but SHE never gives up. Not ever. And especially not for him.

Shawnee Daniels — forensic hacker for the police by day, cat burglar by night — ignites the hellfire fury of a serial killer when she unknowingly steals his trophy box.

Shawnee Daniels breaks into the home of Jack Delsin, a white-collar criminal accused of embezzling money from his employees’ retirement fund. In Robin Hood-esque fashion, her intention is to return their hard-earned cash, but she stumbles across a shocking spectacle. Jack has secrets, evil secrets, secrets worth killing over.

A deadly game of cat-and-mouse torpedoes Shawnee’s life. Can she outrun the killer, prove she’s innocent of murder, and protect those she loves before he strikes again?

Described by readers as SILENCE OF THE LAMBS meets THE GIRL WITH THE DRAGON TATTOO, WINGS OF MAYHEM is a whirlwind of heart-thumping, non-stop action that takes your breath away. Impossible to put down.

This first book in the Mayhem collection certainly gets the series off to a fast paced and thrilling start.

Shawnee Daniels is a complex character with a difficult past and an interesting present with a foot in both camps each side of the crimimal world. Trust does not come easily apart from her best friend, but slowly her heart opens to love and a relationship that complicates her life even further.

She is definitely independent and stubborn even in the face of a dangerous game of cat and mouse with a serial killer. As she becomes more entangled with his killing spree and protecting her own secret life, she not only endangers herself but those around her. The violence escalates and it is a race against time to catch the killer before Shawnee loses more of those she loves, her career, her freedom and very likely her life.

The main characters are excellently portrayed and the plot moves at a rapid pace towards a showdown that has you on the edge of your seat. Clearly well researched both in police procedures and the mindset of a serial killer, it will be enjoyed by readers of crime thrillers and action packed novels.

A selection of other books by Sue Coletta

Sue Coletta is an award-winning crime writer and an active member of Mystery Writers of America, Sisters in Crime, and International Thriller Writers. Feedspot and Expertido.org awarded her Murder Blog with “Best 100 Crime Blogs on the Net” (Murder Blog sits at #5 — 2018-2021). She also blogs at the Kill Zone, Writer’s Digest “101 Best Websites for Writers” (2013-2021). 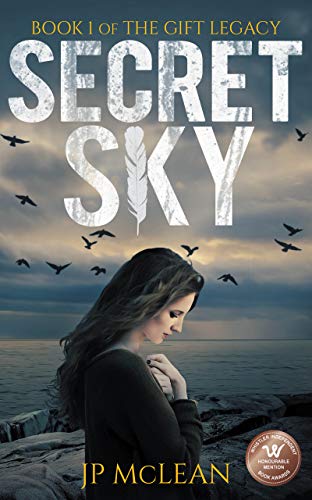 Everybody wishes they could fly—until it happens. When Emelynn Taylor wakes up in the emergency room, her injuries present Dr. Avery Coulter with more questions than answers. Who is this guarded young woman? Why was she found in the middle of Sunset Park? How can she have injuries consistent with falling from above the tree line? Seemingly from nowhere? And, more importantly: Why is she lying about it?

The truth is stranger than anyone could have imagined – least of all Emelynn herself.

Nine years earlier, during the same summer she’d lost her father, 12-year-old Emelynn accepted a ‘gift’ from a mysterious woman called Jolene. Now, as she recovers in Dr. Coulter’s emergency room, she’s left wondering if that blessing was really more of a curse. Jolene’s gift planted the seeds of incredible power within Emelynn – but what’s the point of such abilities if you can’t control them? Her emerging gift of flight, for example, nearly killed Emelynn when it sent her plummeting to the sidewalk in Sunset Park. Next time, she might not be so lucky.

But Emelynn is determined to master her abilities, and returns to the seaside cottage where Jolene had once granted her this ‘gift.’ There, Dr. Coulter guides Emelynn in uncovering a secret society of others just like her, who inhabit a mysterious world-within-a-world that challenges everything Emelynn thought she’d known. But the more she uncovers, the murkier the truth becomes. Soon, Emelynn is left questioning the motives of those she’d trusted the most – and is forced to rely on her barely mastered powers in a desperate fight for survival.

Secret Sky is the first book in the thrilling, otherworldly The Gift Legacy series by JP McLean. Seamlessly blending paranormal mystery, fantasy, and romance, this beautifully written and deeply resonant adventure will swoop you into a vivid, new reality and leave your imagination soaring.

Anthony Avina 5.0 out of 5 stars One of the more unique fantasy-driven narratives I’ve read in a long time…  Reviewed in the United States on January 29, 2021

One of the more unique fantasy-driven narratives I’ve read in a long time, this was a remarkable opening chapter in a new fantasy series. In the first of six books, the author introduces readers to quite a unique world, where the gift many people around the world have always said they’d want is a reality for a select few, but it isn’t always the “gift” people assume it would be.

The core of this novel resides in the protagonist, Emelynn. Her journey hits instantly when readers find her being transported to a hospital, and only gets stranger and stronger as time goes on. The mysterious circumstances of how she got her power, her wild introduction to the Fliers, and the complex web of emotions as she is introduced to new friends, new romance, and freedom she never knew before make her an engaging protagonist.

It was an especially inspired choice to set this story within the real world, and not an original land or world like many fantasy stories like to do. It made the inclusion of thriller and suspense elements in the narrative feel more natural and dynamic. The action and shocking twists and turns as the final pages came made this one of the best reads in the fantasy genre in years.

A powerful, character-driven narrative like no other, author J.P. McLean’s “Secret Sky” is a must-read. The suspense and thrills that this book produces are equally balanced with the more fantastic and romantic genres this book inhabits, while the mythology and protagonist the author crafted help not only draw the reader in but keep them invested throughout the entirety of the novel. If you haven’t yet, be sure to grab your copy of this amazing read today!

JP is a graduate of the University of British Columbia’s Sauder School of Business. She is a certified scuba diver, an avid gardener, and a voracious reader. Raised in Toronto, Ontario, JP lived in various parts of North America before settling on Denman Island on Canada’s west coast, where she now lives with her husband. When she’s not writing, you’ll find her cooking dishes that look nothing like the recipe photos or arguing with weeds in the garden.

Thanks for dropping in today and I hope you will be leaving with some books… Sally.