Welcome to the new series and over the next few weeks William Price King will be sharing the career and music of Josh Groban.  You can find Part One:Here

Josh Groban is an extremely talented singer, songwriter and actor, who has wowed audiences around the world with his distinctive baritone voice.

In 2017 Josh was nominated for a Tony Award for Best Performance of an Actor in a Leading Role in a Musical in ‘Natasha, Pierre and the Great Comet of 1812′ 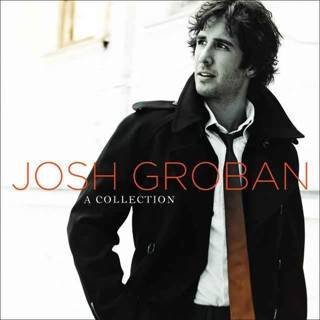 Josh Groban was offered a recording contract at Warner Bros. Records through Foster’s 143 Records imprint. Avnet told HitQuarters that Warner initially proved resistant to the deal because “They were afraid they wouldn’t be able to get a voice like that on radio.”

Explaining his reasons for signing the artist, Foster said: “I love his natural ability in the pop and rock arena, but I love his sense of classics even more. He’s a true musical force to be reckoned with.” Under Foster’s influence, Groban’s first album focused more on classics such as “Gira Con Me Questa Notte” and “Alla Luce Del Sole.”

“Gira con Me” is a slow ballad that sounds like it may have come from a minor opera, but in fact was composed by David Foster and songwriter/producer Walter Afanasieff (best-known for his work with Mariah Carey). For this piece Foster composed music that sounds classical to the ears of non-classical fans, with lyrics in Italian to complete the effect. This song is from the 2001 album “Josh Groban.”

Groban performed “There For Me” with Sarah Brightman on her 2000–01 “La Luna World Tour,” and was featured on her “La Luna” concert DVD.

“For Always” is a theme song from the 2001 movie “A.I.: Artificial Intelligence,” that Josh Groban performed with Belgian-Canadian singer Lara Fabian. The song’s music was written by John Williams with lyrics by Cynthia Weil, produced and arranged by David Foster. The soundtrack was nominated for an Academy Award for Best Original Score, the Golden Globe Award for Best Original Score, and a Grammy Award for Best Score Soundtrack for Visual Media. “For Always” is also featured on the “Josh Groban in Concert” album (2002).

“You’re Still You,” adapted from “Malèna” and written by Ennio Morricone and Linda Thompson-Jenner is from the first studio album Groban recorded. It charted at #10 on the Billboard Hot Adult Contemporary Tracks chart. “Malèna” is a 2000 Italian romantic drama film starring Monica Bellucci and Giuseppe Sulfaro.

What makes this song really special is that it was sung by Groban when he stunned the world with his performance on “Ally McBeal,” a sitcom that ran on Fox from 1997-2002. This was a very spectacular musical debut, similar to that of Susan Boyle’s from Britain’s Got Talent. After the then unknown Groban sang “You’re Still You” on the season finale of “Ally McBeal,” the show was swamped with as many as 10,000 e-mails, many from people who wanted to know if the voice they heard was really his or if was dubbed. Well, it was certainly Groban’s voice. The rest is history. Uploaded by Josh Groban

In November 2001, his self-titled debut album was released, and rapidly the buying public responded to his talent and the album went double platinum. Josh Groban was in demand in the US and signed up for his own PBS special, but he also performed at the Nobel Peace Prize Concert in Norway, and performed with Charlotte Church at the closing ceremony of the 2002 Salt Lake City Olympics.

“To Where You Are,” also from the album “Josh Groban,” was written by Richard Marx and Linda Thompson, and produced by Marx. When released as a single in 2002, the song “bubbled under” the Billboard Hot 100 chart, peaking at #116 in September of that year. It was more successful on the Billboard Hot Adult Contemporary Tracks chart, where it entered the chart in April 2002 and eventually spent two weeks atop the listing in August. It remained on this chart for 36 weeks. In November 2008, the song spent a week on the UK Singles Chart at #94. The song appears on his first two live albums, “Josh Groban in Concert” and “Live at the Greek,” as well as on his 2008 greatest hits release, “A Collection.”

Join us next time for part two and more music from Josh Groban..