It is the Eleventh Day of Christmas according to my blog calendar and a wonderful way to get in the mood for Christmas tomorrow is  Jingle Bells as you have never heard before… Andrea Bocelli joins up with The Muppets.. brilliant thanks to Andrea Bocelli

You can buy Andrea Bocelli’s Christmas Album: Amazon US

My memories of our Spanish Christmas celebrations

We lived in the mountains to the north of Madrid for seventeen years except for breaks for me to look after my mother for six years, at first part time and then full time.

Our Christmas celebrations in Spain with our friends were fabulous, going to each other’s houses and enjoying the wonderful blend of traditions of a very eclectic group from Spain, Italy, Ireland, England and South America. There was no early to bed, as we rarely got started on the Cava and Tapas before 9 p.m and usually sat down an hour later. Dancing would begin at midnight and rarely were we in bed before 2 or 3 in the morning.

A warmer more delightful group of people it would be hard to find anywhere and we miss their company very much.

But suddenly the sun would come out and here is a photo taken on Christmas Day one year when we ate our Christmas lunch outside on the balcony.

What a wonderful community and such fun to be part of..and with frequent visitors from home, there was some great parties.

And Sam was always ready to get dressed for a party and a bit of dancing.

And here is a very popular track to dance to….

The Twelve Days of Christmas

Day 11 (4th January): A very special woman St. Elizabeth Ann Seton (1774-1821), was the first American to be canonized by the Catholic Church in 1975. She had a tragic life in many ways but she established the first Catholic school in America in Maryland and it was also there that she founded the Sisters of Charity the first convent for religious sisters. She had a fascinating life and I have the link to her story on Wikipedia 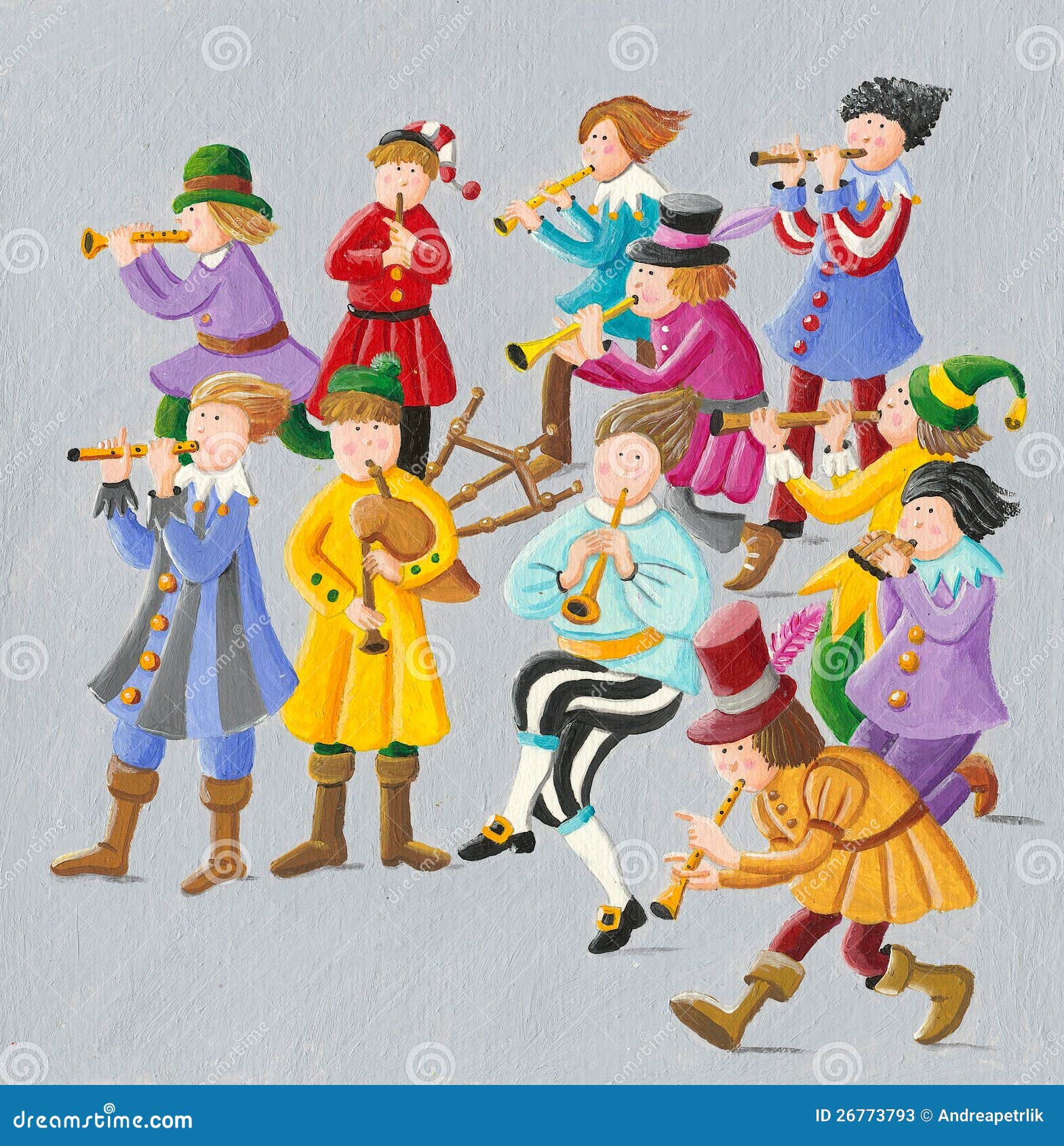 Eleven Pipers Piping are believed to refer to the eleven Faithful Apostles following the betrayal of Judas. As I have previously mentioned this was according to the coded message within the original song that allowed Catholics to remember the tenets of their faith. And whilst largely discredited there is always a grain in truth in urban legends. However in modern times it has simply become eleven pipers piping…

Another beautiful carol O Holy Night from Kings College..The Carol (French: “Minuit, chretiens”, “Minuit, chretien” in original edition,or “Cantique de Noël”) is a well-known Christmas carol composed by Adolphe Adam in 1847 to the French poem “Minuit, chrétiens” (Midnight, Christians) written by wine merchant and poet Placide Cappeau (1808–1877). In both the French original and the English version of the carol, as well as in many other languages, the text reflects on the birth of Jesus and on humanity’s redemption.

Time for desserts and today it is SherryTrifle…one of my most remembered Christmas puddings.

Even as a very young child I would finish every last morsel of trifle. I think my mother was under the impression that if sherry went into a dessert it was non alcoholic….

Like most of the traditional foods featured during the last twelve days trifle has a long and illustrious history dating back to the end of the 16th century. Originally trifle referred to a thick cream flavoured with spices like ginger and sweetened with sugar and sometimes rosewater. In the middle of the 17th century eggs were added to form a rich custard. Another 100 years and the custard was poured over jelly using gelatin.

The trifle that we now consider to be the jewel in the festive dinner crown has the addition of sponge soaked in sherry or sometimes port or brandy and layered with fruit such as peaches, jelly, custard and thick whipped cream…Here is an Australian site with plenty of different variations for trifles to suit all tastes…Trifles galore

There is a phenomenan attached to the dessert. If there should be any trifle remaining in a bowl that has been placed in the fridge overnight, the next morning it has usually disappeared except for a couple of pieces of glacé cherry on the bottom of the bowl and a scrape of cream on the side of the dish. Legend has it that after all the gifts have been distributed and the work is finished for the year, Santa allows the elves a night of revelry and permission to visit any home where trifle has been on the menu and indulge….yeah that is the official version, honest!

One of the  final drinks is one that you will be familiar with if you have been frequenting any of the high street coffee chains in the last few weeks… Festive Coffees...

When I did my management training with Schooner Inns steak houses in the mid-70s one of my jobs was to man the bar during busy periods. It was the in thing to finish the meal with a liqueur coffee which could be a pain to make since you could only serve a perfect finished glassful.

Into the wine glass you placed a spoonful of brown sugar, followed by the liqueur of choice – Irish coffees – Irish whisky – French with brandy – West Indies – Rum etc. Then you three quarters filled the glass with hot black coffee and stirred to dissolve the sugar. As that settled you then turn a teaspoon upside down over the mixture and gently poured double cream over it so that it settled on the top of the coffee in a thick white band. You should be able to see the coffee still jet black with the creamy topping. The glass would then be placed on a saucer and taken gently to the table to the eagerly awaiting diner. On busy Friday and Saturday nights it was not unusual to make and serve over 100 of these popular beverages. I got quite fast at preparing them and could usually make a perfect coffee in around 45 seconds.

However, there were times when the cream would break the surface of the coffee and it would become cloudy and those could not be served. In the spirit of waste not, want not those coffees that did not pass muster were then consumed after closing whilst the process of cleaning glasses and the bar was underway… Dreadful job but someone had to do it.

If you are planning to get in to get into that little black dress for the festive season…. I think you should just bear in mind that a Peppermint Mocha Latte with whip comes in at over 500 calories….

Thank you for joining us today and I hope you have enjoyed.. Tomorrow the final party on Christmas Day…thanks Sally