In the other posts on this theme I mentioned that when looking back at my life, I was grateful for the support and love from family and friends, but that those who taught me a valuable lesson or who inspired me were often ordinary people, just doing their jobs, rather than the rich and famous. This post was recently shared on the wonderful blog of Hugh Roberts 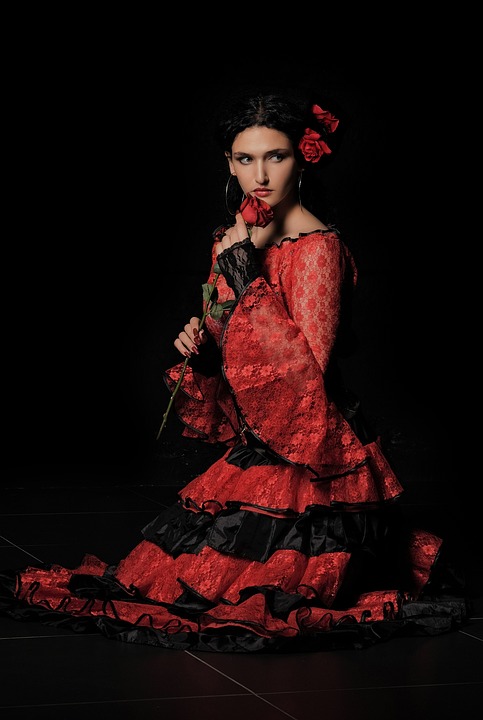 Image by Владимир Берзин from Pixabay

My two sisters who were ten and eleven years older than I was, both trained as secretaries, which led to them having some interesting and high level jobs over the years. However, I decided at an early age that I wanted to be a singer and actress! The desire to follow this career path was my mother’s fault really. Apart from the fact that she had a bit of a flair for the dramatic, she manipulated me into being her co-conspirator every Saturday afternoon.

My father loved football, and after he had cooked us one of his Spaghetti Bolognese lunches, followed by steamed treacle duff as he called them, we would retire to the lounge where our television took pride of place. I would have been about seven or eight at the time and my mother would coerce me into facilitating her viewing pleasure; the Saturday afternoon musical on BBC2.

Of course this conflicted with the afternoon football offering by Grandstand on BBC1. Fortunately my father had a weakness. Stoked up with carbohydrates and sugars from lunch, within 10 minutes of the match starting, he would be stretched out in his recliner, snoring.

In the good old days it was necessary to get up and down to switch channels, and this is where I came in. As soon as my father began snoring, my mother would nudge me, and I would creep across the carpet to turn the channel over to BBC2 and the Saturday musical. Things did get a little hectic at times if there was a temporary change to my father’s breathing. At a shove from my mother, I would leap up from the sofa, dash across the room and switch channels back to the football. My father would watch blearily for about five minutes then resume his afternoon nap.

This would happen several times during the course of the movie, and as the final credits scrolled up the screen, I would turn the channel back over to BBC 1. My father would wake up to enjoy the cup of tea my mother had made, convinced he had watched 90 minutes of fancy footwork, but not the kind we had been watching.

This Saturday afternoon ritual fuelled my love of dancing and singing. My heart and soul burned to be the lead, dancing and singing my way through the performances like Ginger Rogers, Esther Williams (yes I would have done synchronised swimming if called for) Deborah Kerr, Mitzi Gaynor etc. I had seen South Pacific at age ten and I would have even taken the role of Bloody Mary given half the chance. I knew all the lyrics from all the popular musicals of the day and wept buckets as John Kerr lip synched to “Younger than Springtime”; and I could perform all the songs from the Sound of Music.

Over the next few years I was lucky enough to be cast in a number of school plays. Being tall for my age, it usually involved me standing completely still for thirty minutes in the guise of a tree or some other inanimate object.

I did attempt to achieve some form of recognition for my talents, which included dressing in Swiss costume and dragging one of my friends around to old people’s homes to entertain the residents with the songs from The Sound of Music (they were very appreciative, let me tell you!). This did not impress my parents, who were adamant that when I left school, I must train as a secretary, as drama was not a profession to be relied on.

I left school in September 1969 at age 16 and enrolled in technical college for a year’s secretarial course. Over the course of the next twelve months, I became very proficient in shorthand and typing, but it was the extra classes we took in English that I enjoyed the most.

Our teacher Betty Lavington also taught drama, and had trained more than a few successful actors and actresses over the years. To my delight, she was casting for that year’s drama production which was the operetta “Passion Flower”, based on the story of Carmen, but adapted for the amateur stage and she encouraged me to audition.

Without informing my parents I decided to try my luck. I was rather expecting to be cast as part of the scenery again, but you can imagine my absolute thrill when our producer chose me to play Micaela – Carmen’s rival for the matador’s affections. Something that I kept from my parents, and they assumed I would be part of the chorus as usual.

Police cadets did their initial training at the college, and several of these were roped in to play the soldiers. Our producer recruited outside talent from her drama group to play the leads including an Australian dentist in his mid-thirties who took on the role of the matador, Escamillo, and a wonderful young singer called Julie took the part of Carmen.

The performances ran for three nights, and by the final evening I had almost conquered my nerves, despite the fact there were two very important people in the audience. I had persuaded my parents to come on the last night, with the expectation that it was likely to be the most flawless performance of the three. I was desperately hoping that if they saw how passionate I was about acting (and my talent); they might relent in their objections to me attending drama school.

I can still remember standing in the wings that night, knees quaking as I prepared for the cat fight with Carmen, followed by being manhandled by the soldiers as they pulled us apart enthusiastically. All was going very well until we reached the final scene when Escamillo threw a rose onto poor dead Carmen’s body, having been stabbed by a former lover, and then pulled me into his arms for a passionate kiss! 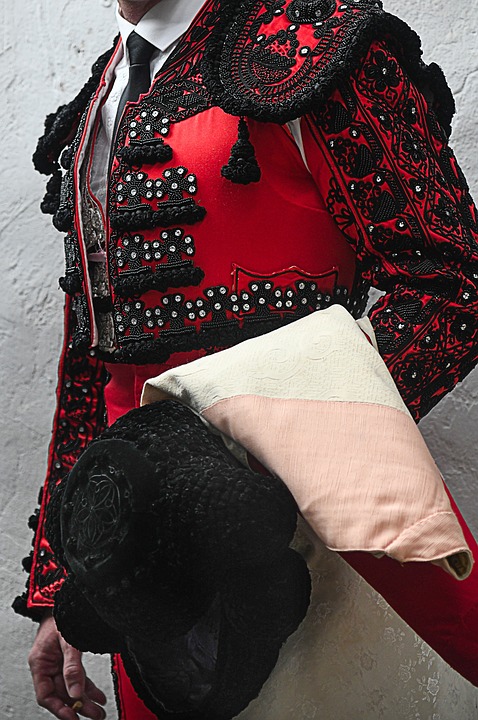 Unbeknownst to the rest of the cast, our lead actor had been celebrating the end to the run by consuming a number of cans of beer hidden in the wings. This certainly gave his performance some extra gusto which our producer put down to exuberance. As I swanned across the stage and into his arms for the expected stage kiss, he bent me over backwards and gave me a hearty smacker, before picking me up and rushing off stage.

Cue a very loud gasp from the cast clustered around poor Carmen’s corpse and from the front row where my mother and father were seated with other VIP guests. I can only assume they had already been taken aback by my starring role as a floozy, in an off the shoulder blouse, big earrings and a penchant for men in uniform. I also had an inkling that these last few minutes had not gone down well. My erstwhile suitor and I joined the cast and clasped hands, bowing in appreciation of the applause. All I could focus on was my father, arms crossed with a very frosty look on his face.

My mother told me later that my father had turned to her and shouted over the applause, ‘Who is that man and what was he up to with our daughter?” At this point, a woman who was sat next to my mother announced furiously ‘That would be my husband.”

As you can imagine, this fiasco did not further my ambitions to be allowed to attend drama school. Two weeks later, when I had graduated with my secretarial diploma, the evening paper’s employment section was strategically placed next to my beans on toast for supper. Probably for the best, as I have enjoyed a wonderful variety of jobs across a number of industries including broadcasting.

I do know that without Betty Lavington my dreams of being a musical star would never have been possible… even if it was only for three performances.

Thanks for dropping in today and I hope you have enjoyed this nostalgic step back in time… please share your memories of people who have made a difference in your life.. Sally