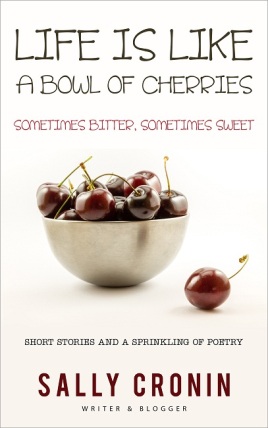 As is my custom, I am serialising one of my past books here on the blog, and over the next few weeks, stories from my 2020 collection, Life is Like a Bowl of Cherries, Sometimes Bitter, Sometimes Sweet. I hope you will enjoy.

Mary Jane Brown was thrifty when it came to shopping, and she dropped into the charity outlets in the high street every week in search of bargains. A keen fan of the antique shows on television, she was always on the lookout for an unexpected find; hopeful it might achieve thousands in the auction rooms.

Until now she had been lucky in so much as she had discovered a leather coat for £20 which was a little 1980s, but very smart all the same, and a handbag, which though scuffed was a very good make and only cost £10.

Today Mary Jane had a fiver burning a hole in her pocket – she had won it at the bingo session at the church hall on Friday night. Perhaps her lucky streak would continue? She popped into her favourite charity shop tucked in a side street, often overlooked by other bargain hunters. She spent a pleasant half hour browsing the book shelves and the crockery displays, hoping for a first edition or ancient Chinese bowl.

Disappointed, she was just about to leave, when she noticed a large vase by the door holding a number of umbrellas all for £1 each. It was very decorative but clearly not worth much to have been relegated to a brolly holder, but she thought it might look nice in her hall by the front door.

She went over to the desk and asked for the price for the vase, expecting it to be around £20, but was delighted when the assistant told her it was only a fiver. The chatty assistant revealed it had been brought in after a house clearance following the death of an old lady. She had stipulated in her will, that despite there being nothing of value, she hoped it would bring in a few pounds for her favourite charity.

Delighted, Mary Jane put her heavy new purchase into her supermarket bag-for-life and, wrapping her arms around the package, wondered how she would get it home. Luckily she spotted a taxi in the rank at the end of the road, and arrived home in style. She displayed the vase in the hall, adding some silk flowers she had bought a couple of weeks earlier and extremely happy with the day’s foraging, she got on with making the supper.

Over the following weeks the vase was much admired by family and friends who spotted it on their arrival, and after a few months, Mary Jane forgot it was actually there.

The local paper announced the news that the well-known antiques television show was coming to town. Mary Jane excitedly looked around the house for anything that might be of interest to the programme, and get her a few minutes on the telly. Although she knew the vase was not worth anything, it looked impressive and she decided it might at least get her in front of the appraisers before the show. She rang the number and was directed to a contact form on their website, which she completed and waited for her tickets to arrive.

Wrapping the vase carefully in bubble-wrap for the taxi ride to the event, Mary Jane looked forward to spending time watching the appraisers with other hopefuls. She had splurged out and had her hair done and paid special attention to her make-up, she also hoped she might get a few seconds on camera. It would be a great opportunity to have family and friends around when the segment aired and make a bit of a party of it.

There was a long line of people waiting to show off their treasures, and the vase was very heavy by the time she got to the head of the queue. In fact she had almost decided to abandon the quest and go and park herself on a handy bench with a cup of coffee from the mobile café, when she was invited to sit down at a table with a young man in a smart suit.

At first tongue tied, Mary Jane launched into the tale of buying the vase and how she didn’t think it was worth anything, but it was so attractive she could not resist bringing it along. The young man whose name was Alistair according to his name tag, smiled and nodded in the right places before holding his arms out for the said item. He examined the bottom of the vase and ran his fingers over the decoration, peering inside to check for damage.

Asking her to wait for a moment, he headed off to confer with an older man standing by a linen covered table. The vase was examined thoroughly again and the older man nodded.
Alistair returned and came around to Mary Jane’s side of the table.

‘Would you like to come with me Mrs Brown, our expert would like to have a word with you.’

Three months later the screening of show filmed in the town was scheduled to be aired. Mary Jane invited her two sons and their wives, her three sisters and their husbands to come around for tea followed by the screening. She had only told them she had been at the event and they might catch sight of her briefly. She wished her husband Donald could have been alive to see her moment of fame, but she hoped he would have been proud of her for putting herself forward.

Everybody sat in front of the television in the front room with added chairs taken from around the dining table. Mary Jane brought through some bottles of wine and bowls of crisps and everyone eagerly waited for the show to begin. She sat back and sipped a very nice glass of red wine her son Michael had brought with him and smiled to herself as the introductory music began to play.

After the show finished there was a stunned silence in the room and all eyes turned to look at Mary Jane, who smiled back at them.

‘How much money did he say the vase was worth again Mum?’ Michael looked ashen faced.

The room erupted with everyone trying to talk at once, until Mary Jane raised her hand in the air and shouted at them to be quiet.

‘I have given half of the proceeds to the charity shop where I bought the vase which they were thrilled about. She laughed. ‘I think they will be making more of an effort to check the worth of the items they receive in future.’

‘I have invested £200,000 in a pension fund recommended by my bank manager, which will provide for me for the rest of my life. I have some money now in the bank to pay for extras such as holidays and family celebrations.

She went around to her two sons and her sisters and handed them an envelope which they opened eagerly and gasped when they each saw a cheque for £25,000.

‘You will need to pay some tax I expect; so don’t spend it all at once!’

They all laughed and took their turns in hugging her leaving her rosy cheeked and happy.

More than anything Mary Jane felt a great sense of satisfaction at the result of her £5 investment. She felt she had honoured the memory of the original owner of the vase, provided for her family and now had plenty of cash in the bank. She was determined to enjoy life to the full, including scouring the local charity shops for more bargains. 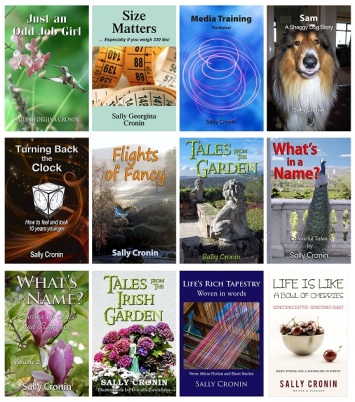 Jun 02, 2021 Colleen Chesebro rated it five stars it was amazing

Short story and poetry anthologies are all the rage now, and Sally Cronin’s “Life is Like a Bowl of Cherries” does not disappoint. This eclectic mix takes the reader through a gambit of feelings that revolve around the themes of love, loss, humor, revenge, and life’s second chances.

A few of these tales brought tears to my eyes, such as “Long Lost Love,” which tells the story of Tom and Elaine, a pregnancy, and a visit from beyond the grave. However, the poetry is as exceptional as the short stories. The butterfly cinquain, “Ritual of Mehndi,” shares a glimpse into the traditional wedding custom of painting symbols in henna on the bride’s hands.

This author is known for an empathetic approach to her writing. She writes what she senses, sharing the ups and downs of her characters with love and compassion. A true storyteller, Sally Cronin’s stories will leave you wanting more feel-good moments 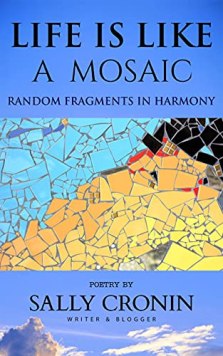 Thanks for dropping in today and I hope you have enjoyed the story.. I always love your feedback. Sally.