Aretha Franklin – The Rise to Fame 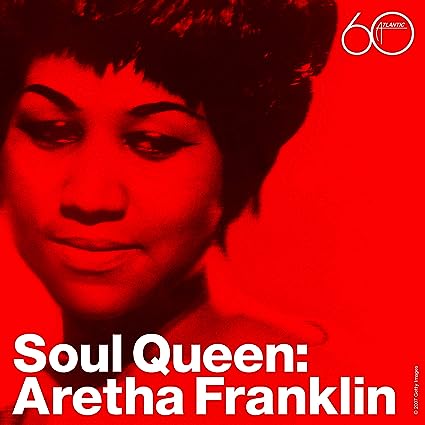 After turning 18, Franklin confided to her father that she aspired to follow Sam Cooke to record pop music. Serving as her manager, C. L. agreed to the move and helped to produce a two-song demo that soon was brought to the attention of Columbia Records, who agreed to sign her in 1960.

Franklin was signed as a “five-percent artist.” During this period, Franklin would be coached by choreographer Cholly Atkins to prepare for her pop performances. Before signing with Columbia, Sam Cooke tried to persuade Franklin’s father to have his label, RCA sign Franklin. He had also been courted by local record label owner Berry Gordy to sign Franklin and her elder sister Erma to his Tamla label. Franklin’s father felt the label was not established enough yet.

“Today I Sing the Blues,” written by Curtis Lewis, reached #10 on the Billboard R&B chart in 1960. The song appeared on her 1961 album, “Aretha: With The Ray Bryant Combo.” The song was produced by John Hammond. Franklin re-recorded the song in 1969 on the album “Soul ‘69 and it reached #101 on the US pop chart. It also charted on the Cash Box Top 100 chart. The composer, Curtis Lewis, subsequently became one of the first black composers and lyricists to own a music publishing company on Broadway in the early 1950s.

Aretha Franklin’s recordings, produced by Clyde Otis, began to display her talent at crossing into diverse genres such as the popular standards, jazz and rhythm and blues. She achieved her first top 40 single with the standard, “Rock-a-Bye Your Baby with a Dixie Melody,” which also included the R&B hit, “Operation Heartbreak,” on its b-side.This was also to become her first International hit in both Australia and Canada and Aretha Franklin was named a “new-star female vocalist” in “Down Beat” magazine. In 1962, Columbia issued two more albums, “The Electrifying Aretha Franklin” and “The Tender, the Moving, the Swinging Aretha Franklin,”the latter of which charted number 69 on the Billboard Pop LPs chart.

“Runnin’ Out of Fools,” penned by Kay Rogers and Richard Ahlert, is Franklin’s seventh studio album. It was arranged and conducted by Belford Hendricks, who is primarily remembered as the co-composer of numerous soft-R&B songs of the 1950s. His versatility allowed him to write in various styles, from big band swing for Count Basie, through blues ballads for Dinah Washington and Sarah Vaughan, and country and western songs for Nat King Cole. “Runnin’ Out of Fools” peaked at #57 on Billboard’s Hot 100, staying for a period of 10 weeks.

By the mid 60s, Aretha Franklin was headlining at top nightclubs and theaters with subsequent rise in her earnings. She also appeared on rock ‘n’ roll shows such as “Shindig” but it was felt, including at high levels within the Columbia organisation that her full potential was not being exploited, especially in her early gospel success.

In November 1966, choosing not to renew her Columbia contract after six years with the company, Franklin signed with Atlantic Records.

“Respect” is a song written and originally released by Otis Redding in 1965. The song became a 1967 hit and signature song for Aretha Franklin. The music in the two versions is significantly different, and through a few changes in the lyrics, the stories told by the songs have a different flavor. Redding’s version is a plea from a desperate man, who will give his woman anything she wants. He won’t care if she does him wrong, as long as he gets his due respect when he brings money home. However, Franklin’s version is a declaration from a strong, confident woman, who knows that she has everything her man wants. She never does him wrong, and demands his “respect.” Franklin’s version adds the “R-E-S-P-E-C-T” chorus and the backup singers’ refrain of “Sock it to me, sock it to me, sock it to me…”

Franklin’s cover was a landmark for the feminist movement, and is often considered as one of the best songs of the R&B era, earning her two Grammy Awards in 1968 for “Best Rhythm & Blues Recording” and “Best Rhythm & Blues Solo Vocal Performance, Female”, and was inducted in the Grammy Hall of Fame in 1987. In 2002, the Library of Congress honored Franklin’s version by adding it to the National Recording Registry. It was placed number five on Rolling Stone magazine’s list of “The 500 Greatest Songs of All Time.” It was also included in the list of “Songs of the Century,” by the Recording Industry of America and the National Endowment for the Arts. Franklin included a live recording on the album “Aretha in Paris” 1968.

“Ain’t No Way” is a song written by singer-songwriter Carolyn Franklin, Aretha’s elder sister, as the B-side to her 1968 hit “(Sweet Sweet Baby) Since You’ve Been Gone.” Aretha recorded the song and released it on her acclaimed “Lady Soul” album.

The song peaked at #16 on the “Billboard Hot 100 and #9 on the Hot R&B Singles Chart in 1968. Carolyn and members of the Sweet Inspirations performed backing vocals on the track. The Sweet Inspirations’ founder Cissy Houston showcased her operatic like upper range during Franklin’s bridges and the ending of the track.
In 1983, Whitney Houston made her world debut on “Merv Griffin Show Show” singing the tune with mother Cissy Houston.

Christina Aguilera performed the song to great acclaim in a tribute to Aretha during the 53rd Grammy Awards.

Franklin’s chart dominance soon earned her the title “Queen of Soul,” while at the same time she also became a symbol of black empowerment during the civil rights movement of the time. Franklin was enlisted to perform at the funeral of Dr. Martin Luther King, Jr. during which she paid tribute to her father’s fallen friend with a heartfelt rendition of “Precious Lord.”

I hope you will join us again next week for another for the next post in the life and music of Aretha Franklin.