This week in part three of the Nina Simone story and we look at Nina’s enormous impact on the Civil Rights Movement in the turbulent sixties. Her music crossed many different styles and we begin with Nina Simone’s own words about her music and where she felt she fit into the industry of the day.

“Critics started to talk about what sort of music I was playing,” writes Nina in her 1991 autobiography I Put A Spell On You, “and tried to find a neat slot to file it away in. It was difficult for them because I was playing popular songs in a classical style with a classical piano technique influenced by cocktail jazz. On top of that I included spirituals and children’s song in my performances, and those sorts of songs were automatically identified with the folk movement. So, saying what sort of music I played gave the critics problems because there was something from everything in there, but it also meant I was appreciated across the board – by jazz, folk, pop and blues fans as well as admirers of classical music.” 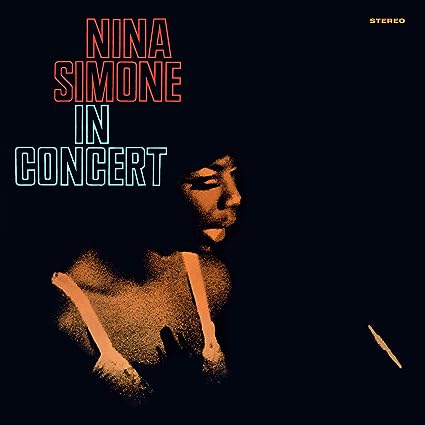 Nina had moved to Phillips which was a division of Mercury Records and this would propel her firmly into the global music scene. In 1964 her first release with Phillips, Nina Simone In Concert was a platform for her belief in equality and confirmed her position as a pioneer and champion of freedom. One of the tracks, Mississippi Goddam was released and a single and banned in several states in the south which indicates the impact she had as a performer. The song was her response to the murder of Medgar Evans and the bombing of a church in Birmingham, Alabama that killed four black children. The ban was allegedly because of the use of the word Goddam!

Her other protest songs that would become synonymous with the Civil Rights movement were Four Women and one of her most popular To Be Young, Gifted and Black. Here is a fascinating interview with Nina at the time talking about the inspiration behind the song and a live performance of the track.

Although Nina used her music to demonstrate her solidarity for Civil Rights and her belief in freedom and justice for everyone, she initially had misgivings about performing songs that were linked to the movement and this is how Nina described her feelings on the subject in her autobiography I Put A Spell On You.

“Nightclubs were dirty, making records was dirty, popular music was dirty and to mix all that with politics seemed senseless and demeaning. And until songs like ‘Mississippi Goddam’ just burst out of me, I had musical problems as well. How can you take the memory of a man like Civil Rights activist Medgar Evers and reduce all that he was to three and a half minutes and a simple tune? That was the musical side of it I shied away from; I didn’t like ‘protest music’ because a lot of it was so simple and unimaginative it stripped the dignity away from the people it was trying to celebrate. But the Alabama church bombing and the murder of Medgar Evers stopped that argument and with ‘Mississippi Goddam,’ I realized there was no turning back.”

Nina was part of an influential group of African American playwrights, poets and musicians who were living in Harlem and included Lorraine Hansberry, James Baldwin and Langston Hughes. These and others influenced and inspired Nina’s own creativity. Including tracks such as Backlash Blues by Langston Hughes, on her first album with the RCA Victor label in 1967, Nina Simone Sings The Blues. The song’s lyrics originated from the last poem Langston Hughes submitted for publication prior to his death in May, 1967 and gave to Nina.

Nina would perform and speak at many civil rights meetings including at the Selma to Montgomery marches. She unlike Martin Luther King was not opposed to a more violent approach to achieving the goals of the movement, although she did stress in her autobiography that she regarded all races as equal. It was clear however that she deeply admired Martin Luther King and was deeply affected by his murder in 1968.

Her next album in 1968, Nuff Said contains live recordings from the Westbury Music Fair, April 7, 1968, three days after the murder of Martin Luther King Jr… She dedicated the whole performance to him and sang “Why? (The King Of Love Is Dead)”, a song written by her bass player, Gene Taylor, directly after the news of King’s death had reached them.

Next time the late 60s and more performances from Nina’s seven years with RCA and her work on the musical Hair and collaboration with other musicians.