In this series you are invited to share an extract of 500 words from your most recent book published within the last 12 months. Details at the end of the post.

Today an extract from the latest release by Sandra Cox.. the paranormal western Mateo’s Blood Brother a sequel to Mateo’s Law. 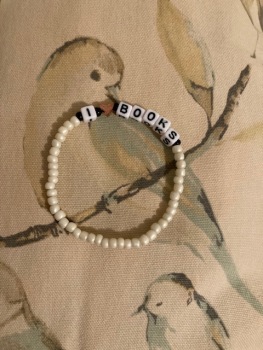 In addition Sandra has a giveaway, in the form of a lovely bracelet for book lovers… I will be pulling a name out of a hat from those that comment in the first week after posting.

They were friends, close as brothers. Then they weren’t.

Mateo and Jesse are cautiously working their way back to friendship when Jesse discovers the unthinkable. Delilah, the sultry shifter who’d had affairs with both men, is still alive. The tumble she took over a mountain ridge—a fall that nearly killed Mateo—should have finished her.

Now, there’s no choice but for the two men to work together to take down a she-devil straight from hell. As the stakes escalate and the hunt becomes more intense, another wolf appears on the scene. Always where Jesse’s at. Always when he’s in trouble. Jesse is divided between ending Delilah, a new love interest, discovering the identity of a certain brown wolf and staying alive.

An extract from Mateo’s Blood Brother

A shadow fell across the desk. Unexpected. Eerie in the predawn gloom.

Nerves thrumming, Sheriff Mateo Grey’s head shot up and he reached for his gun.
A lanky man in jeans and a tan uniform-shirt, with coal-black hair pulled back in a tail, leaned against the doorframe of Mateo’s office. A shield attached to his brown leather belt. The scent of fresh air and earthy musk followed him in. He moseyed over and dropped boneless into the hard, wooden chair, in front of the desk.

“What the hell, Jesse? You sneak around like a—”

“Cat was what I was about to say. Don’t try to snag me with political incorrectness.” Mateo shook himself, leaned back in his worn office chair and drilled the Chief of Police of the Blackfeet Nation with a hard stare.

Jesse snorted and handed him a paper cup, with Belle’s Beans printed on the side, then took a sip of his own. Not a drop had spilled when he collapsed into the chair, reminding Mateo of the man’s innate feline grace.

“Thanks.” Fragrant steam rose from the opening, the cup warm against Mateo’s hand. His tight jaws relaxed. Belle served the best coffee in the county.

He took a long swallow. The caffeinated liquid rolled down his throat, hit his belly and kick-started him into hyperdrive.

Tight lips set in a lean face twitched. “I’ve been wanting to for months.”

Growing up, the men had been close as brothers. Best friends. Blood brothers. Then they weren’t. His fault.

Cautious and slow, they were working their way back to friendship.

Jesse grinned back, nodding in acknowledgement.

“Surprised to see you here. What can I do for you?” He and Jesse had a contentious relationship and even though they were moiling their way toward a more even footing, they weren’t there yet.

“What makes you think I want anything?”

“At least I didn’t bring donuts.”

Mateo gave a crack of laughter and, just like that, the lingering tension of a moment before broke.

“Where is everyone?” Jesse peered through the open doorway, a long gash on the worn, stained frame, left by a previous, unhappy visitor.

“It’s not seven yet. Nobody here but me and the dispatcher. But they’ll be streaming in any minute.” He pointed at the large-faced, black-rimmed, round clock that adorned the plain white walls of his office.

The question sidetracked Mateo as no doubt it was meant to, as a vision of his fiancée with tousled hair and covers pulled up to her nose rose in his mind, along with another body part. Having his fiancée as his chief deputy was both a blessing and a curse. Stubborn as a mule, she didn’t take kindly to being told what to do. But offsetting that, his chief deputy—his woman—was brave, smart and able to handle herself. Not to mention sexy as hell.

He squirmed in his chair and got himself back on track.

“She’s fine. Now, what is it you’re not telling me? It’s not like you to beat around the bush.”

Mateo thrummed his fingers on the desk, waiting. The drumming echoed in the quiet.
Jesse stared over Mateo’s left shoulder as if waiting for divine intervention. None was forthcoming. Finally, he straightened his shoulders and turned his gaze to Mateo.

D. W. Peach 5.0 out of 5 stars Unique shapeshifters and great action  Reviewed in the United States on April 27, 2022

I thought the first book in this series was great and couldn’t wait to get my hands on the second. It didn’t disappoint. Mateo, the wolf-shifter sheriff of Grizzly is still a major part of the story but the focus is now on Jessie, his fully human blood brother. After a long period of estrangement, they’re working on their friendship, and they haven’t much choice about sticking together since the shifter-she-wolf they’d thought was dead is back for revenge. She’s targeting them and everyone they hold dear.

I enjoyed the characters the first time around and did so again. Jessie and Mateo share the story’s POV. They’re believable, emotionally authentic, and distinct. I can easily say the same about the secondary characters, even those with small parts. The shifters, including a new and mysterious brown wolf, are appealing with their deep connections to the natural world. I enjoyed experiencing the action through Mateo’s animal senses as well as his human ones and was especially intrigued by his father.

The author is well known for her western romances, but in this series, romance is secondary to the other elements of the plot. I’d characterize the book as contemporary western, paranormal fiction, and there’s plenty of action to keep the pace moving along. I read the book in two sittings while ignoring everything else I had to do. I hope the author will write more for this series. Highly recommended to readers who enjoy paranormal fiction with great characters, a touch of romance, and a quick pace. 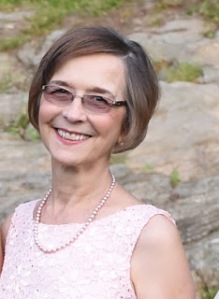 Sandra is a vegetarian, animal lover and avid gardener. She lives with her husband, their dog and several cats in sunny North Carolina.

Her novels consist of All Things Western and More. She is an Eppie finalist, award winner and category best-seller.

Thank you for dropping in today and I hope you will be leaving with some books.. Sally 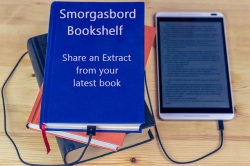