Delighted to share my review for an extraordinary book that expanded my knowledge and respect for the food we eat.

Regular visitors to the blog already know that my passion is that we cook from scratch, but this book takes that philosophy to a whole new level. From Scratch: Adventures in Harvesting, Hunting, Fishing, and Foraging on a Fragile Planet by David Moscow and Jon Moscow

“Adventurous Anthony Bourdain-esque eaters and readers will savor David Moscow’s every word as he travels far (Ciao, sea of Sardinia) and near (howdy, Texas plains) to learn from farmers, hunters, fisherfolk, and scientists about how our food reaches our plates.” —Reader’s Digest

David Moscow, the creator and star of the groundbreaking series From Scratch, takes us on an exploration of our planet’s complex and interconnected food supply, showing us where our food comes from and why it matters in his new book of global culinary adventures.

In an effort to help us reconnect with the food that sustains our lives, David Moscow has spent four years going around the world, meeting with rock-star chefs, and sourcing ingredients within local food ecosystems—experiences taking place in over twenty countries that include milking a water buffalo to make mozzarella for pizza in Italy; harvesting oysters in Long Island Sound and honey from wild bees in Kenya; and making patis in the Philippines, beer in Malta, and sea salt in Iceland.

Moscow takes us on deep dives (sometimes literally) with fisherfolk, farmers, scientists, community activists, historians, hunters, and more, bringing back stories of the communities, workers, and environments involved—some thriving, some in jeopardy, all interconnected with food.

The result is this travel journal that marvels in the world around us while simultaneously examining the environmental issues, cultural concerns, and overlooked histories intertwined with the food we eat to survive and thrive. Through the people who harvest, hunt, fish, and forage each day, we come to understand today’s reality and tomorrow’s risks and possibilities.

Here is a trailer for From Scratch

This is a thought provoking and inspiring exploration of the food we eat, the complexities of the production processes to bring it to our tables, and its sustainability. It also looks at a number of the factors at play including cultural, environmental and political, as well as the demands of a rapidly growing population.

The author during his travels and his foraging missions around the world, shares the fascinating history of the people, the land and food sources available and current day challenges. He also introduces us to extraordinary people making a difference in terms conservation, food production and the provision of water to their local and wider communities, but also raises serious questions about the future.

For crops to grow water is essential, but on the island of Malta, will their efforts to manage the limited water supply be put at risk by the over building and massive increase in population, complacency, swimming pools and a possible rise in sea water?

As the number of those hunting for their food declines in the United States will the funding for essential conservation projects dry up? And is ethical and responsible hunting for food, more humane than mass farming, where animal welfare is not necessarily part of the process?

The book is also highly entertaining, as the reader becomes the spectator, watching the author sourcing the ingredients to create specific meals suggested by his award winning guest chefs. Not an easy task for the film crew following him by any means. For example being waist deep in a river to farm oysters, searching for allusive octopus in Malta, hunting wild boar in Texas and fishing for cigar fish in the South China Sea.

In Kenya there is the search for the sausage tree fruit accompanied with laughing hyenas at dawn and innovative local regenerative agriculture. Garnished with a lifetime inspirational interview with Richard Leakey.

Certainly heading in search of the best pizza in the world resulted in an interesting encounter with a mozzarella maker, having first milked an unwilling water buffalo by hand, then a search for ancient wheat, tomatoes and anchovies.

Many of the ingredients featured, are ones we usually take for granted, and do not necessarily prepare to make the most of their taste or nutritional value. The chapters are an eye-opener and inspiration to regard our food in a far more mindful manner.

There are some wonderful recipes created by the exceptional chefs that prompted this search for ingredients at the back of the book, offering an opportunity to put this mindfulness to good use.

Moscow believes this exploration of how different cultures grow, harvest and prepare their produce is an important part of becoming closer to the food we eat. In contrast to the distance and lack of appreciation for the food production process imposed by shrink wrapped steaks from the supermarket. It also instils an appreciation for the millions of workers who make a living putting food on our plates, often putting their lives in danger in the process every day.

The message I took from this remarkable book is that there is hope for the future of our planet, but there needs to be more action taken to preserve and to find innovative ways to grow the food we need now, and in the future. We have to start taking an individual and collective responsibility to ensure the long term viability of the food providing our nutritional needs.

I highly recommend this book to everyone who wants to have a clearer understanding of the complexities, sustainability and also the wonders of the food on our plates, and also enjoy an adventure story set in some of the more remote and less visited parts of the world.

Read the reviews and buy the book in print and Ebook: Amazon US – And: Amazon UK – More reviews: Goodreads

David Moscow is the creator, executive producer, and host of From Scratch.

David made his feature film debut at the age of 13 in Big, starring as the young Tom Hanks; soon after, starred opposite Christian Bale in Newsies; and appeared in dozens of films, television shows, and theater productions for over twenty years: Riding in Cars with Boys with Drew Barrymore, Honey with Jessica Alba, Just Married with Ashton Kutcher, Restaurant with Adrian Brody, and many more.

More recently, David founded UnLTD Pictures, a production company. He has produced 27 feature films, including Under the Silver Lake, To Dusk, Hellbenders and Wild Nights with Emily, and directed the thriller, Desolation.

David has experienced a rich mix of cultures, communities, and ways of life. He grew up in the Bronx—but he spent summers in the wilds of Montana and Utah, running in the woods with his mother’s family. He spent his teen years on movie sets—but left to track wolves on the Mexican border, to support reintroduction for Arizona Fish and Game. He currently lives in LA with his wife and son—and develops mixed income sustainably green apartment buildings in NYC. 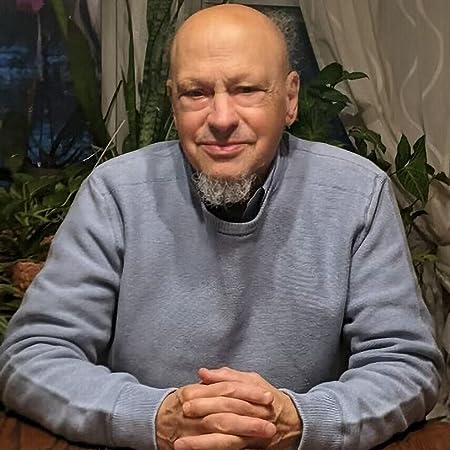 Jon Moscow is co-author of From Scratch: Harvesting, Hunting, Fishing, and Foraging on a Fragile Planet and a writer on From Scratch. He is co-executive director of Ethics in Education Network and co-host of the Ethical Schools podcast (ethicalschools.org), He actively works to support asylum seekers and refugees with housing and links to social services. He has a BA in International Studies from Reed College and a master’s degree from Bank Street College of Education. He lives in Teaneck, NJ with his wife, Pat, and a Shih Tzu named Niki.

Thank you very much for dropping in today and I hope you will head over to buy From Scratch.. Sally.

23 thoughts on “Smorgasbord Christmas Book Fair – New Book on the Shelves/Book Review – From Scratch: Adventures in Harvesting, Hunting, Fishing, and Foraging on a Fragile Planet by David Moscow and Jon Moscow”