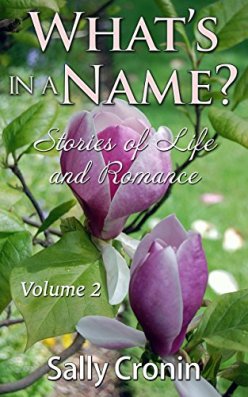 Lily dusted off her hands. They had been covered in soil from planting the three little primulas that she and her mother had picked up at the nursery today. Her mother always let Lily pick the colours and this year the purple petals with their golden centres danced in the soft evening breeze. She picked up her small watering can and gently moistened around the base of the plants like her mum had shown her.

“There you go Daddy, I promise to look after them all summer, watering them every day and picking off the dead flowers to let others grow like mum showed me.”

It was Easter and tomorrow, Lily and her little brother Michael would race around the house looking for the small cream eggs that her mother had bought at the supermarket yesterday. Both of them were very excited and it was really the first year that her brother understood what the egg hunt was all about. Mum said that three each was more than enough especially as they were going to the dentist soon for a check-up.

However, the real prize was the two large chocolate eggs that were hidden in very special places. In her father’s wardrobe perhaps, or his study where he would read them a story before they went up to bed, or even the garden shed that her mum laughingly called his man cave.

The next day Lily and Michael got up early and began searching the house. It took them an hour to find the six small creamy eggs and by the time they had rushed into the kitchen to show off their finds, two of them had already been eaten. Their mother looked at the smeared evidence of their successful hunt around their mouths and took the remainder off them for later.

“You need to eat your breakfast and then you can find the other eggs, I am going to hide them now so no peeking”.

The children hurriedly ate their bowls of cereal and drank their juice eager to get on with the hunt. After about ten minutes their mother returned to the kitchen and clapped her hands.

“Okay, let’s see how quickly you can find the big prizes”.

Lily took their dishes to the sink and the two children ran off hand in hand heading for their father’s study to continue the search.

They found one egg after about five minutes. It was beneath the big oak desk in a waste basket hidden by some crumpled paper. There was a card attached to the egg with ‘Michael’ written in big letters and he clasped the colourful box in his small hands as they raced from one room to the other. Finally they gave up on the house and headed out to the garden shed. There hidden under a cloth in a large plant pot sat a beautiful egg nestled in its packaging with a note perched beside it.

“The flowers are beautiful Lily and your daddy’s favourite colours”.

From the kitchen window their mother saw her nine year old daughter lead her brother up the path to the house. Michael was clasping his egg to his chest and beaming from ear to ear. Lily looked up as they entered the kitchen and smiled gently at her mother as a look of understanding passed between them.

That night Lily placed the egg on her bedside cabinet next to the photograph of her daddy in his army uniform surrounded by other men in his team. He was smiling and looked happy. It was the last picture taken of him two years ago and Lily stared at it for a long time before switching off her light.

Tomorrow the Easter egg would join the other one on the shelf in her wardrobe and would never be eaten.

Diana 5.0 out of 5 stars More wonderful stories Reviewed in the United Kingdom

I read the first volume of What’s in a Name and was eager to give the second a try. Volume 2 is a collection of short stories that picks up when the first ended, covering names starting with K through Z (Kenneth through Zoe). Cronin includes a bonus short story for a collection coming out later in 2018.

This is a quick read that I breezed through in a few hours, sitting outside in the spring sunshine. Many of the stories have older characters, covering a range of topics from heartwarming reunions, grief and loss, recovered dignity, and romantic love beyond the grave. There’s also a bit of happily ever after and match-making, as well as some swindling, and a taste of well-deserved murder! The variety is highly entertaining and kept me engaged throughout.

Cronin is a master storyteller and I recommend this collection (both volumes) to readers of all ages.

I hope you will join me tomorrow for the next story in the collection… thanks Sally.