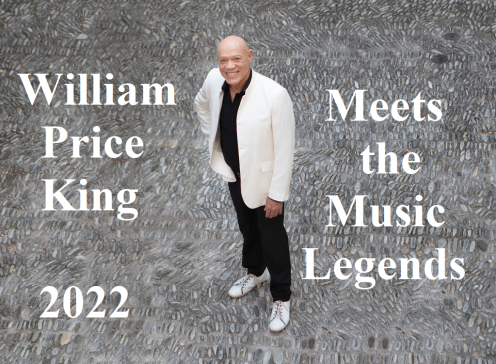 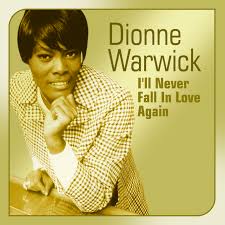 The Gospel, R&B and Soul dynamo that millions of fans would come to love around the world, began life as Marie Dionne Warrick in December 1940 in East Orange, New Jersey. Her father was Mancel Warrick, who worked as a chef, record producer and accountant,and her mother Lee Drinkard, who was the manager of an established musical group The Drinkard Singers.

It was inevitable, that coming from a Gospel background, that Marie would begin her music career in that style, and in her mid-teens, along with her sister Dee Dee and two cousins, she formed a group called The Gospelaires. Apart from local venues, the group would also perform as backing for other acts.

With this early introduction to music and performance, Dionne went on to study at the Hartt College of Music in Hartford, Connecticut, on a scholarship with the desire to become a public school music teacher. Whilst studying, she continued to perform with the group providing backing vocals for recording sessions in New York.

At the time her mother’s group The Drinkards were very popular in the area and many members of her mother’s family were part of the ensemble, including grandparents aunts and uncles. Dionne began working with her mother to guide the group, and they became even more successful with the addition of her vocals.

After an appearance at the 1957 Newport Jazz Festival, they recorded the first gospel album to appear on a major label with the live “A Joyful Noise”, for RCA Records in 1959

After several personnel changes in the early 1960s, the remaining members of the group in 1967 became The Sweet Inspirations who would sing background for the Warwick sisters, Aretha Franklin and Elvis Presley.

In 1961, during a summer vacation from college, Dionne rejoined The Gospelaires to sing back up on The Drifters recording of “Mexican Divorce.” Conducting the session was the song’s composer Burt Bacharach.

“She was singing louder than everybody else so I couldn’t help noticing her,” Bacharach recalled. “Not only was she clearly audible, but Dionne had something. Just the way she carries herself, the way she works, her flow and feeling for the music – it was there when I first met her. She had, and still has, a kind of elegance, a grace that very few other people have.”

Based on his observations, he and his lyricist partner, Hal David approached Dionne to find out if she might be interested in recording demos of his compositions to pitch to record labels.

It was one of these demos “It’s Love That Really Counts” that would go on to be recorded by The Shirelles for Scepter Records, that caught the attention of the President of the label, Florence Greenberg. She advised Bacharach to sign Dionne to his own production company which then signed to Scepter in 1962. However Bacharach still had the freedom to produce Dionne under his own management without interference from the labels dictates. This gave both of them the freedom to explore more complex compositions and Dionne’s vocal abilities.

Dionne Warrick’s first recording for Scepter, released in 1962, was more Bacharach-David material. Though Scepter was promoting the song “I Smiled Yesterday” as the potential hit, it was the record’s “B” side, the powerfully plaintive “Don’t Make Me Over,” that caught on and went to the number twenty-one position on the Billboard chart. A misspelling on the record – Warwick instead of Warrick – gave Warwick her stage name. 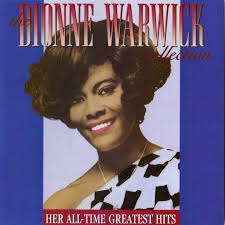 “Don’t make me over, man, (you have to) accept me for what I am” are the words that Warwick cried in her disappointment when she learned from Bacharach and Hal David that her record label did not think that her style was right. She felt that she was being used, manipulated, and exploited. Hearing those words, David said to Bacharach: “Burt, I think we just heard the title of a new song.” Hal David, not one to miss an opportunity to be inspired by life’s circumstances, used Warwick’s energetic outburst as the title and sentiment for “Don’t Make Me Over,” changing the meaning of the phrase to “Accept me for what I am,” and adding “Accept me for the things that I do.” “Don’t Make Me Over” was inducted to the Gammy Hall of Fame” in 2000.

Having now begun to establish her own style and with a new stage name, Dionne Warwick was fast tracked into the charts with some iconic hits over the next five years.

“Make it easy on yourself,” written by Burt Bacharach and Hal David, was first of all a hit by Jerry Butler in 1962. Dionne Warwick did a cover of the song for her album “Presenting Dionne Warwick” in 1963 and her eventual hit of this track was from a live concert performance at the Garden State Arts Center in New Jersey in the summer of 1970. The single peaked at #2 on the Easy Listening Chart, #37 on the Pop chart and #26 on the R1B chart.

“Walk on By” is from the 1964 album “Make Way for Dionne Warwick.” This song peaked at #6 on the Billboard Hot 100 and was nominated for a Grammy Award in 1965 for the Best Rhythm and Blues Recording. The song was ranked number 70 on the Rolling Stone list of “The 500 Greatest Songs of All Time,” the second highest song by a solo female artist on the list after “Respect” by Aretha Franklin.Dionne Warwick

“Anyone Who Had a Heart” was presented to Dionne Warwick in unfinished form while she, Burt Bacharach and Hal David were rehearsing in Bacharach’s Manhattan apartment for an upcoming recording session. Bacharach had finished the score which, in his words, “changes time signature constantly, 4/4 to 5/4, and a 9/16 bar at the end of the song on the turnaround. It wasn’t intentional, it was all just natural. That’s the way I felt it.”

This was the first use of polyrhythm in popular music. Warwick recorded this song at Bell Sound Studios in Manhattan in November 1963. According to published reports, Warwick nailed the tune in only one take. The track became Warwick’s first Top Ten single in January 1964, peaking at #8 on the Billboard Hot 100 and the Cash Box Pop 100 that February, also reaching #6 on the Cash Box R&B chart.