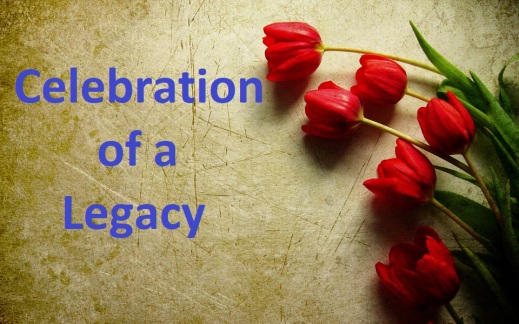 There have been few families who have not been touched by loss in the last two years with Covid and also other diseases that rob us of those we love.

As a writing community there has also been loss, and today as I near the end of the Meet the Authors 2022, I could not miss the opportunity to pay tribute to two authors in particular, who became friends, were supporters of the blog and also long term members in the Cafe and Bookstore.

As a writer, thanks to today’s technology, the books we write remain part of the worldwide web stretching into the future. It is a legacy we leave, and books, unless deliberately removed from selling sites, are still available to be enjoyed with proceeds passing to the author’s family.

This is the case for the two authors today whose blogs, support and books I was privileged  to enjoy. Sue Vincent died at the end of March 2021 and Mary Smith late December, both far too soon… I hope that if you have not read their books you will consider doing so, and enjoy the legacy they have left us.

Sue Vincent was one of the first to follow my blog ten years ago, and over the years continued to support with invitations to write guest posts on her popular blog and share her reviews for my books.I was lucky enough to meet her in 2017 at the Bloggers Bash in London. I particularly enjoyed her collections starring her small black dog who won the hearts of so many and I am sharing one of my reviews for those collections today.

Sue chose to share her lung cancer battle with us in a moving and courageous series of posts. It is hard to believe it is a year since she died. 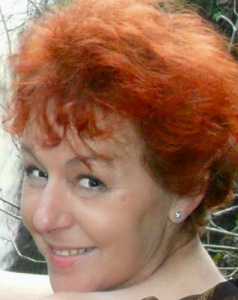 Sue lived in France for several years, sharing a Bohemian lifestyle and writing songs before returning to England where the youngest of her two sons was born. She began writing and teaching online several years ago, and was invited to collaborate with Dr G. Michael Vasey on their book, “The Mystical Hexagram: The Seven Inner Stars of Power”.

Since then she has published a number of books, beginning with “Swords of Destiny”, a magical tale set in the ancient landscape of Yorkshire. Her retelling of the Egyptian myths, “The Osiriad”, came shortly afterwards along with “Life Lines” and her latest book, “Midnight Haiku”

.Sue has had a longstanding collaboration with Stuart France. Together they have written the “Triad of Albion”, the “Doomsday” trilogy and the “Lands of Exiles” series, as well as creating and presenting residential and landscape workshops.

These books tell a true adventure in a fictional manner. They are at once a journey into the ancient and sacred landscape of Albion and the story of a growing and rather oddball friendship as their adventures stray down the paths of fiction… or do they? These books are accompanied by three volumes of correspondence between ‘Don’ and ‘Wen’ that explores their magical world in greater depth.

Sue, along with Steve Tanham and Stuart France, was a Director of the Silent Eye School of Consciousness, an international modern Mystery School that seeks to allow its students to find the inherent magic in living and being.

My review for Doggerel: Life with the small dog

I opened this charming little book whilst waiting for the power to come back on following an outage and became so enchanted that I read in one sitting; even after the electricity was restored!

I am a long time fan of Ani, the small black dog and her observations on life, from bath time (not her favourite activity) to cows and lost yellow balls. She also reflects on her two-legged human and her behaviour, and clearly has a great deal of empathy and compassion for her shortcomings. Usually these involve a tardiness when serving dinner, and being rather stingy with treats. What does come across very clearly is that their match is one made in heaven.

If you currently have a four legged companion or have in the past, you will recognise the situations and the shenanigans that make this particular relationship so entertaining and rewarding.

A lovely reminder of that special bond we have with our pets and I can recommend that you buy for any other dog lovers in the family too.

Mary Smith was also at that particular Bloggers Bash in 2017, and after several years of following each other it was wonderful to meet in person. I particularly enjoyed reading about her adventures in Afghanistan and Pakistan where she worked for ten years.
A regular and welcome visitor to the blog, it was such a shock when Mary too was diagnosed with lung cancer. Another amazingly courageous woman who shared her treatment and progress of the disease with incredible honesty.
One year Mary sent me a tin of soda crackers and whilst they have long been eaten with some Scottish cheddar as fitting, the tin they came in, is used to store far more mundane biscuits today.
Today I am sharing one of my reviews for Mary’s book, the stunning novel set in Afghanistan… No More Mulberries. 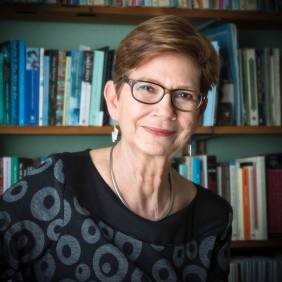 Mary Smith has always loved writing. As a child she wrote stories in homemade books made from wallpaper trimmings – but she never thought people could grow up and become real writers. She spent a year working in a bank, which she hated – all numbers, very few words – ten years with Oxfam in the UK, followed by ten years working in Pakistan and Afghanistan. She wanted others to share her amazing, life-changing experiences so she wrote about them – fiction, non-fiction, poetry and journalism. And she discovered the little girl who wrote stories had become a real writer after all.

Drunk Chickens and Burnt Macaroni: Real Stories of Afghan Women is an account of her time in Afghanistan and her debut novel No More Mulberries is also set in Afghanistan.

My review for No More Mulberries

First let me say that this book should be made into a film as it has all the ingredients of a action packed love story.

It is visually stunning and I found myself completely involved in the people and locations such as the village of Sang-i- Sia that Mary Smith uses as the backdrop to the unfolding story. Combined with the increasing conflict between the various factions in the region it has an element of danger that brings even more tension to the central theme.

All the characters had wonderful depth and some of the minor personalities stood out for me as well. Including Ismail an old and trusted friend from her previous life in Zardgul and his gentle and wise wife Usma.

There is a love triangle between midwife Miriam, Iqbal her second husband and Jawad her charismatic first husband who died tragically, and whose death she has not fully come to terms with. Through flashbacks, Mary Smith masterfully takes us through each of their lives, revealing the secrets and events that have brought them to a crisis point in Miriam and Iqbal’s marriage.

I came to admire Miriam who felt out of place in her native Scotland and embraced the cultural differences of living in a small Afghan village with enthusiasm and humour. She does everything she can to be accepted by learning the language and adopting the role of a traditional wife and mother. Relationships can be daunting at the best of time, but add in the inability to communicate,no running water, basic cooking facilities and harsh extremes of weather in an isolated environment, and fortitude is required.

I did sympathise with Iqbal who clearly loves Miriam but finds it very difficult to deal with the ghosts of his past, and the ghost of Jawad who he feels is the third person in their marriage. He wants to be a good father to Farid who was just a toddler when his father died, but Miriam has also been trying to keep the memory of Jawad alive for her son, who is now confused. The light in their marriage however is provided by the delightful little girl, Ruckshana who is unaware of the tension and shines her love on all of them.

This is a complex relationship but the story is written in such a way that you come to understand and empathise with all the players in the drama. Mary Smith brings her extensive experience of living and working in Afghanistan and Pakistan into this story, creating a wonderful tapestry of life, love, danger and redemption.

I highly recommend you read the book.

Thank you for dropping in today and I hope you will be leaving with some books… and will spend a few minutes remembering the authors within your own close writing community, who have left their legacy for us to enjoy. thanks Sally.

97 thoughts on “Smorgasbord Bookshelf – Celebration of a legacy – Sue Vincent and Mary Smith.”