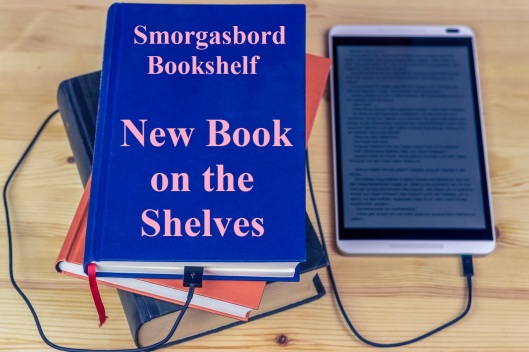 Delighted to share the news of the latest release by Jan Sikes Saddled Hearts (The White Rune Series Book 3) on pre-order for October 19th. 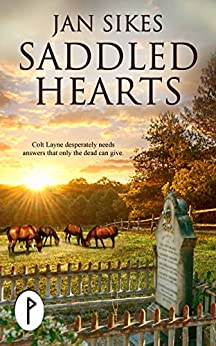 Colt Layne owns the Layne Horse Sanctuary. He lives an idyllic life, between caring for the animals and playing music with his band. That is until a stranger appears with unreasonable demands. When someone murders the man, Colt is arrested. He’s been framed, but by whom and why?

He needs to talk with his deceased grandfather. But that’s impossible. Or is it?

Sage Coventry is gifted with the ability to communicate with the deceased. Skeptical but desperate, when Colt consults with her, he gets more than messages from beyond the grave as she breezes into his heart with sweet patchouli fragrance and tempting lips he longs to kiss.

The race against time to clear his name and save the ranch launches them on a mission that brings shocking revelations.

Buy the book on pre-order until October 19th: Amazon US – And: Amazon UK

A small selection of other books by Jan Sikes

D. W. Peach 5.0 out of 5 stars Romance/Action Mashup  Reviewed in the United States

Van Noble lost his leg in Afghanistan, and he has a huge inferiority complex about being an incomplete man, but when he discovers Nakina Bird on the run from a Mexican cartel, he steps right up, determined to help her. Thus begins this exciting romance/thriller mashup.

The story has a nice balance of action and romance – the book is definitely both, and Sikes spends a lot of time on character development, which paid off. I connected with both Nakina and Van, and I liked how the action grounded their relationship. Nothing frivolous going on here as they have some serious goals to achieve.

For fans of paranormal fiction or new age mysticism, Nakina has psychic abilities that thread through the story and impact the plot. There are sex scenes and a great deal of sweetness with these characters, but the action ramps up the pace between the romantic lulls. I found both aspects of the story realistic and engaging. Characters from Book One play a secondary role in this story, but this book can be read as a stand-alone without any confusion. Highly recommended to readers who enjoy romance/action mashups. 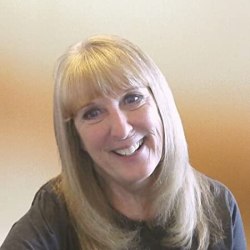 I’ve been an avid reader all my life. I can still remember the excitement that surged through me the first time I realized I could decipher words. There’s nothing I love more than losing myself in a story.

Oddly enough, I never had any ambition to be a writer. But I wound up in mid-life with a story that begged to be told. Not just any story, but a true story that rivaled any fiction creation. Through fictitious characters, the tale came to life in an intricately woven tale that encompasses four books. Not satisfied to stop with the books, I released music CDs of original music to match the time period of each story segment. In conclusion, to bring the story full circle, I published a book of poetry and art. I was done.

The story ideas keep coming, and I don’t intend to turn off the creative fountain.

I love all things metaphysical and often include those aspects in my stories.

I am a member of the Author’s Marketing Guild, The Writer’s League of Texas, Story Empire, and the Paranormal Writer’s Guild. I am an avid fan of Texas music and grandmother of five beautiful souls. I reside in North Texas.